Video Game Releases July 20-26: 'The Walking Dead,' 'Gods Will Be Watching' and More

It's Telltale time again, but it seems like everyone, even Nintendo, is releasing promising games during a typically slow time in the release calendar.

Regardless of the reception of 'In Harm's Way', the popularity of Telltale Games' 'The Walking Dead' is higher than ever. With The Walking Dead Season 2: Amid the Ruins' winter has fallen and everybody, walking, crawling, huddling, groaning or arguing is feeling the hunger. This is the penultimate episode of the second season, and though it will likely stand on its own merit just fine, be ready to salivate once it's done while you wait for the finale. 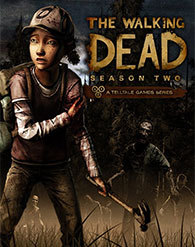 Don't let the simple art or simple controls fool you, 'Gods Will Be Watching' is a deeper trial than any mere psychological profile could hope to be. If you've ever heard of space madness, be ready to experience it, as you tear yourself and your team of survivors apart in a pathetic attempt to survive the duration, and yes, each cruel "the end justifies the means" thing you do will be watched, and by the Gods no less. The original Ludum Dare project which spawned development of this full release can be played for free here. 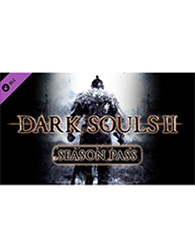 The Vita skateboarding hit, 'OlliOllis' is coming to the PC. I loved the Vita version (review here), and I'm sad that the PS4 and PS3 versions have been delayed. Don't let the simple visuals fool you, this is a serious game which demands a strategic rhythm to play well. It's completely addicting, and it's like to find a huge audience on the PC.

That's right, the original 'Wii Sports' phenomenon has finally been updated with Wii Motion Plus support, online versus, regional club competition, HD visuals and more, all for the Wii U. 'Wii Sports Club' is the disc version of the individual sports that were released digitally last year. The disc includes tennis, bowling, golf, baseball and boxing. 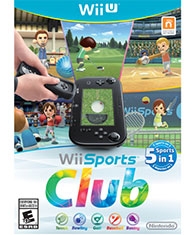 Back in 2012, Bungie's first post-'Halo' game was mere rumor. When 'Destiny' was first announced, all of the verbiage coming from Bungie and Activision just sounded like too much smoke, too much ambition and not enough solidity to be exciting. Fast forward to 2014, and 'Destiny' is one of the most eagerly anticipated new franchises in years. Thus far, the shooter seems like a mix of 'Halo' mechanics and style with 'Borderlands' -like co-op and questing, and another strata of MMO like customization, complete with hub and PVP options. Although the game is coming to four consoles of both PlayStation and Xbox variety, Sony has been able to score multiple platforms perks, which include the PS4 exclusive post E3 Alpha test, a white PS4 bundle, and timed exclusive in-game content. The 'Destiny' beta, which has long been carefully tied into the game as a pre-order incentive, began on July 17th on the PS4 and PS3. Come July 23rd, its the Xbox One and 360 beta comes online. Bungie has very wisely picked an otherwise slow (nearly dead) part of the year to make the beta one of the most sensational mass testing events in console history. (Full beta details here.) I'm basically on record as saying that the game hasn't me anything that feels especially new, and yet, timed as it is, what is there has been a surprising blast.  Pretty as 'Killzone: SF,' but online and with a better loot system than 'Borderlands' or 'Elder Scrolls.'