White PS4 Available to Order As Part of Destiny Bundle

Announced right at the beginning of E3, the PlayStation 4 will be available soon in white. The white PS4 is being bundled with a white DualShock 4 controller, a copy of 'Destiny,' and 30 days of PS Plus. The release is set for September 9th, the same day as 'Destiny.' That same day Sony will also begin offering a separate white DualShock 4 and a Limited Edition Gold Wireless Headset.

The PlayStation 4 Destiny Bundle is priced at $449.99, which is slight a savings over individual purchases of a black PS4 and 'Destiny.' 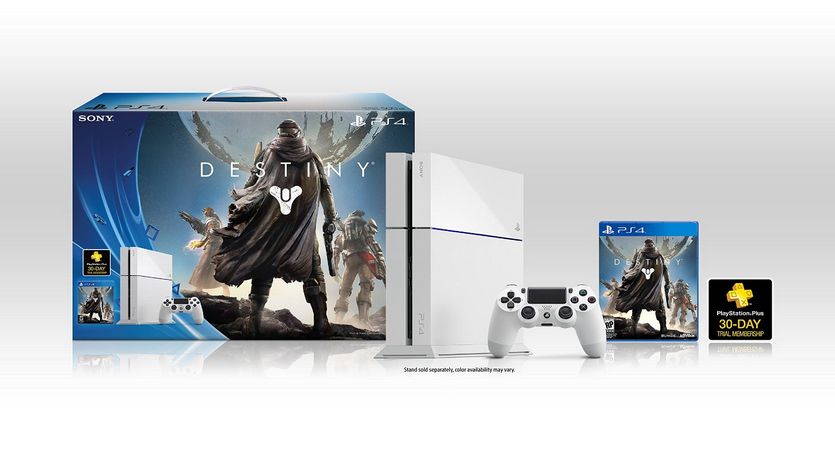 Sony had a white PS4 on display at E3, and it looks even better in person than it does in promotional shots. (and this from someone who doesn't especially care for white electronics). The bundle was announced at E3. It's available to order now, but eventually it will be sold out, and by release date, plenty of people will be kicking themselves for not having ordered in June. If you're thinking about it, go ahead and order, lock in a unit with price protection, and decide later.