The first of six planned 'Trials Fusion' DLC packs, 'Riders of the Rustlands,' has released on all viable consoles.' With 10 new tracks, 18 new challenges and a host of track-editor objects, the pack is very much a traditional add-on.

'Riders of the Rustlands' is included as part of the game's $20 season pass, though it can be purchased individually too for just $5. From Ubisoft:

"Outside the boundaries of the city are older, abandoned industrial wastelands that are called the Rustlands. In this region, groups of scraggly bikers who are not fit for the city roam the ruins, scavenging for motorcycle parts and pulling off amazing Trials tricks. They are outsiders in some way, though just why remains unknown for now." 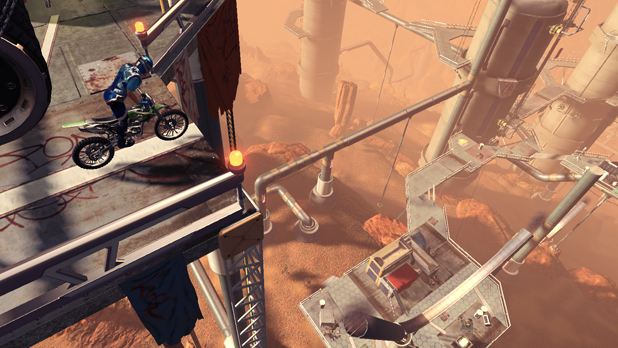 The next pack is called 'Empire of the Sky,' due later this summer. It seems it's a theme of the packs to visit new environments. Every pack will be released by May 2015 for the Xbox One, PS4, PC and Xbox 360.