We Can Tolerate This No Longer- Gearbox & Blackbird Interactive Announce 'Homeworld: Deserts of Kharak'

Gearbox & Blackbird Interactive have announced the upcoming release of 'Homeworld: Deserts of Kharak,' a ground-based RTS and prequel to the 'Homeworld' games.

"Danger lurks behind every dune" is one of the prequel's taglines. This being a 'Homeworld' prequel, the setting just happens to be a dying planet. The deserts of Kharak hold a possible life-saver, and thus an armed science expedition into enemy territory is imperative to survival.

Blackbird Interactive is made up of ex 'Homeworld' and 'Company of Heroes' developers, and 'Deserts of Kharak' will mark a return to the franchise that has been a long time coming. 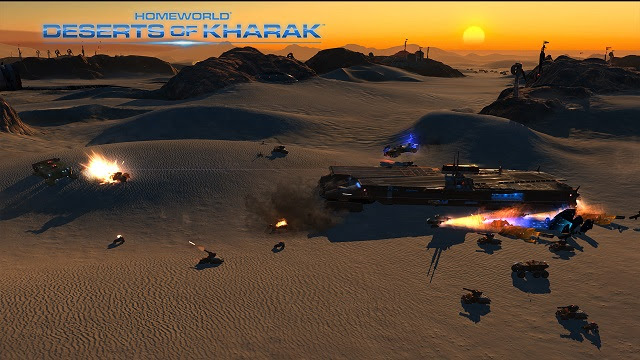 In addition to the prequel story, the game will feature both land and air units, which will be formed up in fleets that will have massive expanses to traverse and search and battle in. Terrain elevation will play a role as well as resource management. The game will also feature online multiplayer. 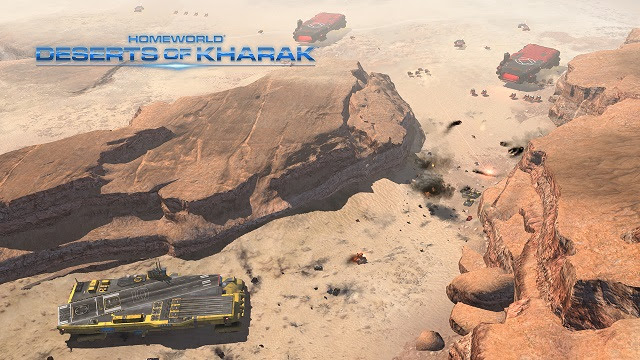 'Homeworld: Deserts of Kharak' will be released on January 20th for PC. The game is available to preorder now on Steam for $49.99 (see here). Preordering now will get buyers the Steam version of 'Homeworld Remastered Collection' (review here).

You can find the latest info on the 'Homeworld: Deserts of Kharak' linked from our Video Game Release Schedule.