'The Witcher 3: Wild Hunt Complete Edition' Out This Month, Will Include All DLC

CD Projekt RED isn't done with announcements, and have more to say after announcing that 'Gwent: The Witcher Card Game's Closed Beta will be delayed. The Polish developer has now revealed that a new version of 'The Witcher 3' will be arriving at retail, complete with both of the game's expansion packs. Appropriately named 'The Witcher 3: Wild Hunt Complete Edition,' the new package will be released for Xbox One and PlayStation 4 on August 30th.

Priced at $49.99, it will include all of the game's downloadable content including the 'Heart of Stone' and 'Blood and Wine' expansions which originally were sold for $24.99 together. Considering that the regular version of the game is being sold on Amazon for $41.88, this looks like a good deal for those who haven't yet picked up 'The Witcher 3.' CD Projekt RED's ambitious action role-playing game was originally released May 19th of last year, and ended up winning several Game of the Year awards from outlets, including the Geoff Keighley produced The Game Awards.

Check out a trailer for 'The Witcher 3: Wild Hunt Complete Edition' below:

'The Witcher 3: Wild Hunt Complete Edition' comes out August 30th on PlayStation 4 and Xbox One for $49.99.

You can find the latest info on 'The Witcher 3: Wild Hunt Complete Edition' linked from our Video Game Release Schedule. 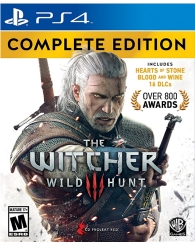 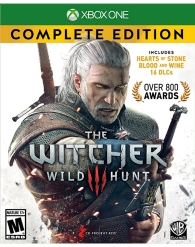