Most video game demos at most video game shows go smoothly, pragmatically and, frankly, without much humor. Thankfully, sometimes they break down to the entertainment of all involved. When something goes wrong, let CD Projekt RED, developer and publisher of 'The Witcher 3: Wild Hunt' and all its predecessors, teach you how to enjoy it.

That was CD Projekt RED's Comic-Con San Diego panel, meant to be the first live gameplay shown to the public. "Don't worry though, new gameplay videos will be published on our Youtube channel next week," according to the video. 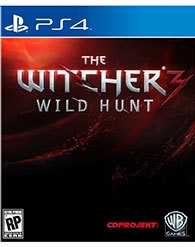