Here's How 'The Last of Us Remastered' is Updating Multiplayer

Return of the "Batman Shiv."

Multiplayer in 'The Last of US' never needed to be any good, yet it was. Factions, as it's called, pits small teams of lethal scavengers together in some intimate and tense third-person shooting. A high value was put on one's ability to survive and navigate the slower pace. According to Erin Daly, Lead Multiplayer Designer at Naughty Dog, the game still reaches 9000 concurrent players at peak hours.

That means 'The Last of Us Remastered,' the upcoming PS4 high-def update, wont overlook that side of things. Every map, including DLC, is included in the package as a reboot and revitailzation to Factions. The first and most improtant update to the multiplayer is this: the entire community will be consolidated into a choice few playlists, instead of split up by their varied DLC purchases. The community will become whole again. 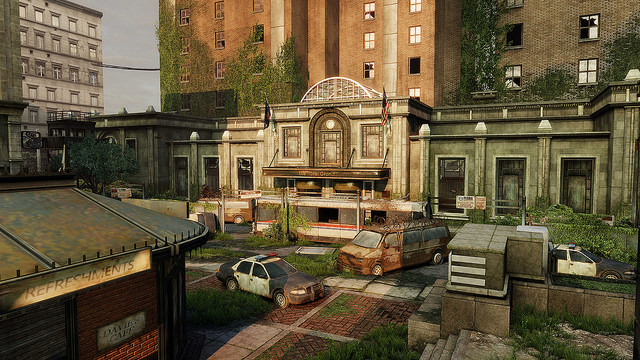 "This means faster matchmaking and that you will have a greater variety of maps in each playlist," according to Quentin Cobb, another game designer at Naughty Dog.

Importantly, all season pass DLC, like weapons and head gear, will transfer over to the PS4 version of the game for those who purchased.

Most of the other changes are slight, and work to introduce a whole new audience to the game. Players will have access to more loadouts at the start, and unlock them quicker too. Naughty Dog threw in 18 new tips for the newbies. Eight trophies were teaked to be easier.

Of course, the big change is the visuals. With the game running at 60 fps, 1080p, reports have been coming in that 'The Last of Us' is more beautiful than ever. For multiplayer, this means smoother and more accurate gunplay, according to the designers.

We'll see on July 29 when 'The Last of Us Remastered' releases exclusively to the PS4. Head over to the linked source for the full multiplayer rundown, as the devs talk about DLC, load times the "Batman Shiv."

You can find the latest info on 'The Last of Us Remastered' linked from our Video Game Release Schedule.