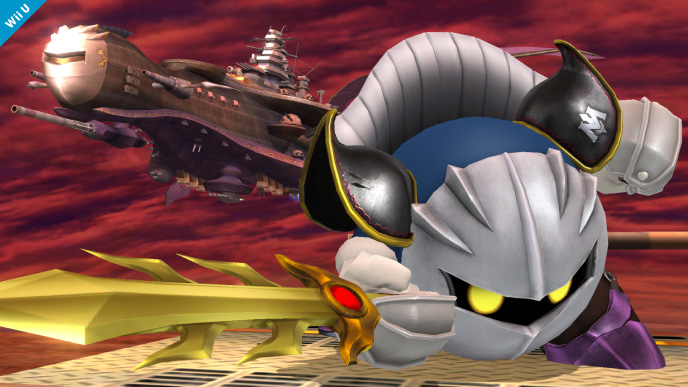 Many, including tournament holders, considered the character overpowered. Sakurai is making some changes, which he detailed in his post:

"Meta Knight's Up Special Move, Shuttle Loop, changed quite a bit in this game. The glide is gone, and the attack slashes opponents twice while spinning in a large loop. This has turned into a highly technical and effective move."

The 3DS version will release on Oct. 3, with the Wii U version following sometime in the holiday season.

You can find the latest info on 'Super Smash Bros' linked from our Video Game Release Schedule.