Nintendo getting more creative... with an online shooter.

The one thing nobody guessed Nintendo might reveal at this year's E3 was an online multiplayer shooter. And yet 'Splatoon' emerged, eight players on two teams shooting ink at each other and the environment around them, not as a quirky little aside but as a major Wii U 2015 release. This is a big deal for the Big N, the demo poured over by eager gamers, their enthusiasm likely enhanced as a function of the game's pure newness and surprise. Now that the sheen of a new announcement has worn off, perhaps it's time to take a more honest look at 'Splatoon.' 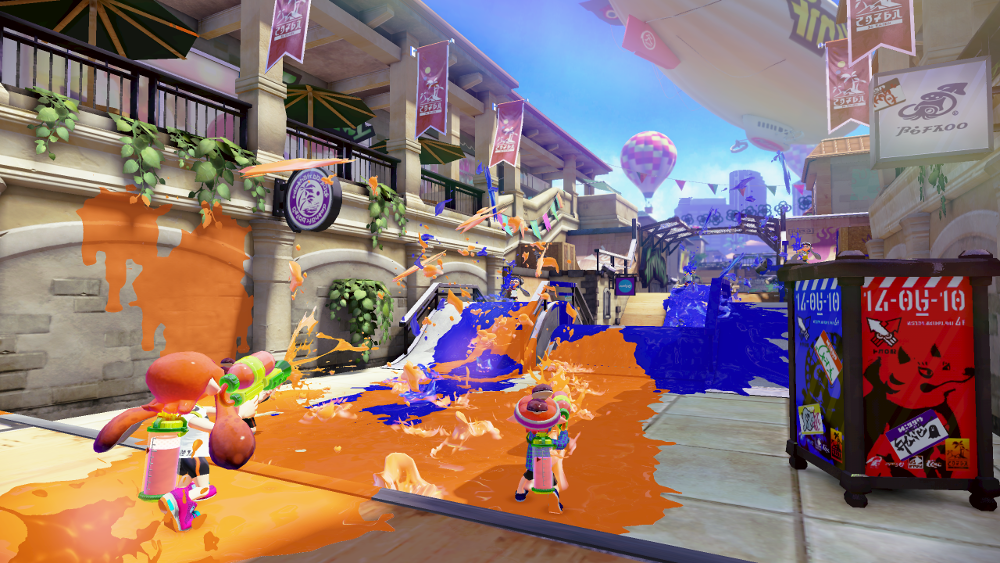 Though Nintendo, devloper and publisher for the title, seems keen to avoid using the word "shooter," few words cut closer to the core gameplay. 'Splatoon' is a four versus four online third-person shooter, painted over with kid-friendly characters and guns that shoot ink instead of bullets, where the objective is not to eliminate but to vandalize. In the single arena on display at E3, the game tasked each team with covering the majority of the arena with their color ink. Though spraying the arena is the main objective, there is still plenty of pew-pew. You can temporarily eliminate enemy players, thus opening up an area for your ink-splattering freedom, forcing that player back to base. It's frantic, it's colorful and, with twin-joystick controllers back in vogue for Nintendo, completely playable. Of course, there's a lot more to it than that.

As with any shooter, the hidden second-half of the game is in the player movement, an element long taken for granted but fruitful for change as in the likes of 'Titanfall,' the cover-based revolution brought on by 'Gears of War' or even Platinum's frenetic 'Vanquish.' There's an inherent value in simply altering what happens when you push the joystick in a direction. With 'Splatoon,' that alteration can be literal. The player, if they so you choose to, can bypass simply running around by dive into the ground in squid-form and swiftly swimming across any surface painted in their team's color. As with 'Titanfall,' the gimmick might be the thing in the title, but the real innovation is in how you're supposed to get from point A to point B. With that, It's about time for some real, uncut gameplay.

It's a seamless transition from squid-kid to full-on-squid, and with what we've seen so far, those with the deftest hands in both forms will arise victorious from one squabble to another. Anyone who prefers strategizing with only the ink-gun in mind will find circles run unrelentingly around them. The strategies that emerge from clever utilization of squid mode, on the other hand, sound both more successful and plainly more fun. After all, it's kind of the point to go diving around.

Nintendo developers and E3 showmen/ladies were commonly going on about how popular the game was in the office, even in its conception days, which eventually led to full-on development. Some players dove straight into combat, while others sought sneakier routes to areas without any ink at all. Getting there is a matter of intelligently utilizing squid mode, squirting ahead to create a quick path, and then knowing how to escape when things get dicey. You might even cake a wall in your ink and zip right on up it. And all of this in the name of inking the arena, not killing. It's a Nintendo game. 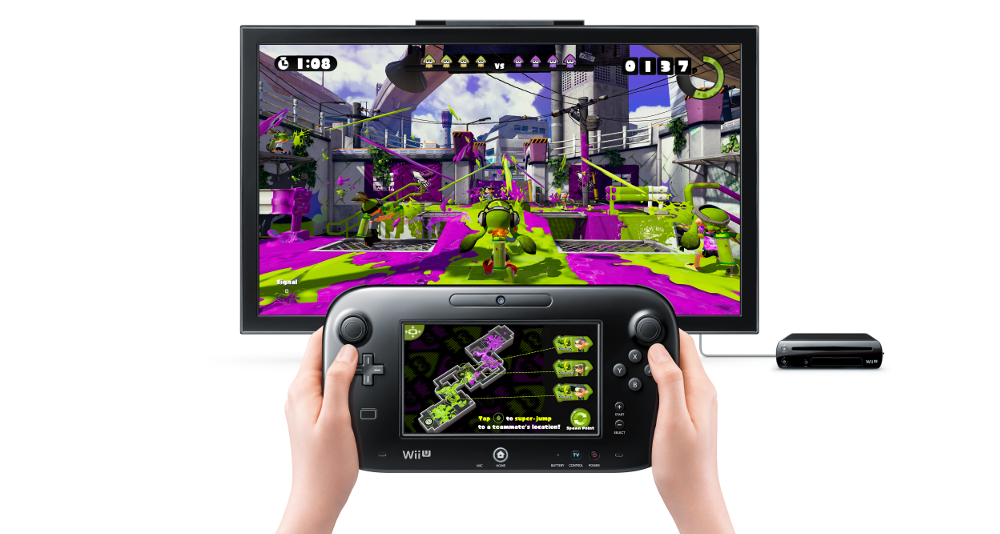 That brings us to the role of the GamePad, a surprisingly substantial role, if not immediately mind-blowing. Yes, it's a map of the arena, but it's an interactive map that constantly updates as ink is sprayed about, indicating exactly to everyone in the room what areas they needed to conquer, which areas they need to defend and where, as long as an enemy is in the process of vandalizing, the bad guys are. More importantly, you can tap one of your allies' locations on the GamePad and immediately launch to their location, promoting a sense of teamwork disparate in the gritty realism of lone wolf faux-heroism elsewhere.

While simply getting the concept out there and in the hands of gamers was Nintendo's primary goal at E3, other, smaller details, managed to pop out here and there over the course of the show.

It's planed for a full-box release, first of all, which begs the question of how Nintendo plans on justifying what seems like a multiplayer-only title. Of course, other modes are planned, including single-player and local one versus one options. Though it likely won't ever be advertised as such, it's a game playable without an internet connection.

Lesser exposed mechanics include the special weapons, which charge up as you cover more territory. The one shown at E3 was a tornado-producing bazooka, which not only laid waste to any enemy in its path, it absolutely splattered the area around it with ink. Ink grenades are also a part of the fray, though it doesn't look like they take up your special weapon slot. All of this plays into character customization, which will play a large role both practically and aesthetically. Separate primary weapons, such as a sniper or charge shot, were shown off in the trailers for the game. Additionally, player clothes, shoes, hats and perhaps more are all up for your choosing, which is always great in a third-person environment. 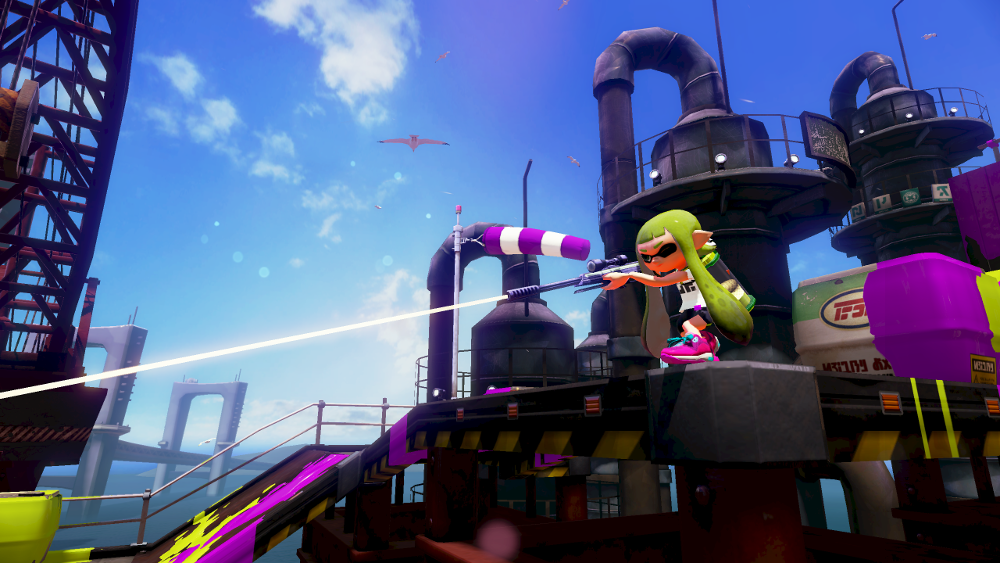 An online environment, however, commonly calls for some sort of communication between player. Nintendo has long been shy to embrace voice chat, and Sakagushi was a bit coy on the subject. He confirmed the team is looking to communication options, but that may very well fall back on the 'Mario Kart' style of things, utilizing pre-set messages. The GamePad will do a great deal to keep players apprised of their teammates' doings, but that isn't enough to compose advanced team strategy. We'll see.

Finally, there's control. While the shooter-intuitive button layout on the GamePad has been high-lighted, there's a unique addition at play here. In addition to manipulating the camera with the right stick, the gyro sensor is used for subtler, more precise calculations in the aiming process. Whether or not gamers will take to it remains to be seen, but it's unlikely to really hurt the experience. That said, the Wii U Pro Controller is compatible as well, especially for any local multiplayer modes.

Even with all of the 'Smash Bros' madness going on at E3, 'Splatoon' still managed to get people raving about a multiplayer Wii U title lacked any kind of Mario character, whihs is no mean feat.  Still, we've only just begun to uncover Nintendo's odd little shooter. And it is little, at the moment, but that's okay. We've only known about it for a month. Wii U owners are now doubt ecstatic at the console's slowly growing, slowly diversifying library, 'Splatoon' now skyrocketed into the conscious sphere. 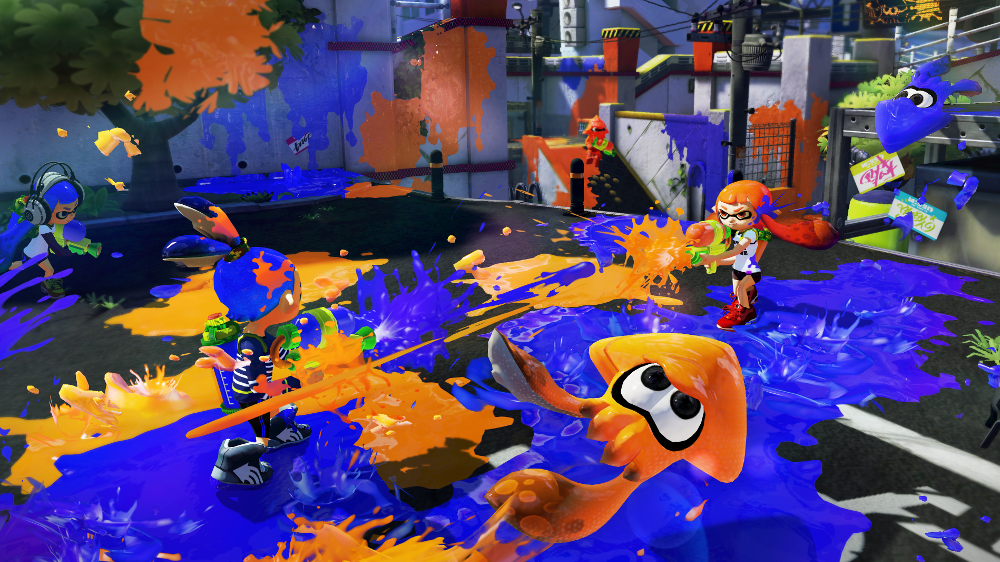 The core gameplay is solid. The shooting is reportedly viscerally pleasing and accurate, the mechanics in place ripe for strategy and, yes, some family fun. As we've seen with 'Plants vs. Zombies: Garden Warfare, family-friendly doesn't necessarily exclude the primary gaming audience. It just includes it in a wider demographic. 'Splatoon' has a real chance not only to appeal to shooter-happy gamers, but to enliven the Wii U online community.

In order to maintain that potential appeal until launch, Nintendo needs to show the concepts at play don't just culminate in a 'Nintendoland'-style one-and-done expereince. At a minimum, more weapons, more arenas and more modes, should fill out the title.  Perhaps player customization beyond just the weapons you hold would help to provide depth.  Other Nintendo multiplayer successes like 'New Super Mario Bros.,' 'Mario Kart,' and 'Smash Bros.' have a winning combination of casual accessibility and nuanced options for advanced palyers. They've already started expanding 'Splatoon' into a full-fledged game, let's just hope they get there upon its (first half of) 2015 release. 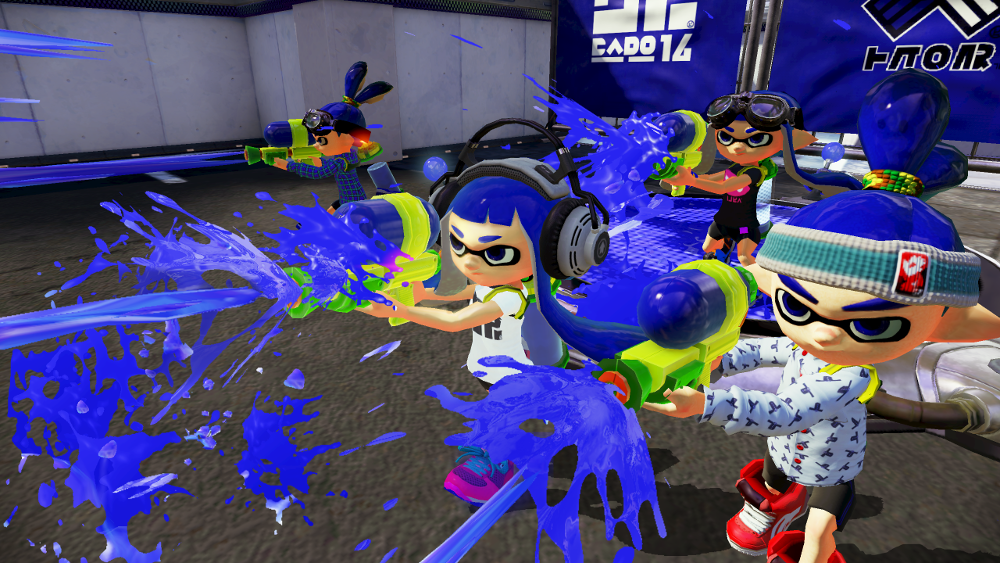