With 'Street Fighter V' Hitting Next Week, It's Been a Bad Monday for Mad Catz

'Street Fighter V' is due out on PS4 and PC next week, and it's going to be an event, the kind of game that I suspect will still be drawing in new competitive and casual players years from now. That will be big for Capcom and for Sony. It's also a big deal for Mad Catz, who is producing an entire line of fight sticks and even a revolutionary new fightpad to go with the premiere fighter. (See here.)

But while Mad Catz fightsticks are winging their way to passionate fighting game fans and new players around the world, some seriously bad weather is casting a pall over the proceedings.

Full disclosure: It's early February, and I've already spent time with Mad Catz and Mad Catz products at CES 2016, the Mad Catz Cup in San Francisco, and PAX South 2016. Who paid for me to be at these events? Well, that would be a combination of High-Def Digest and my own funds. At the very least, I know that Mad Catz current (financial) straights don't have anything to do with my travel budget. Meanwhile, on my own time, I've been enjoying comparatively ancient peripherals, bringing out my now small collection of fightsticks (including a modified TE) and old 'Rock Band' hardware to play old song exports in 'RB4.' 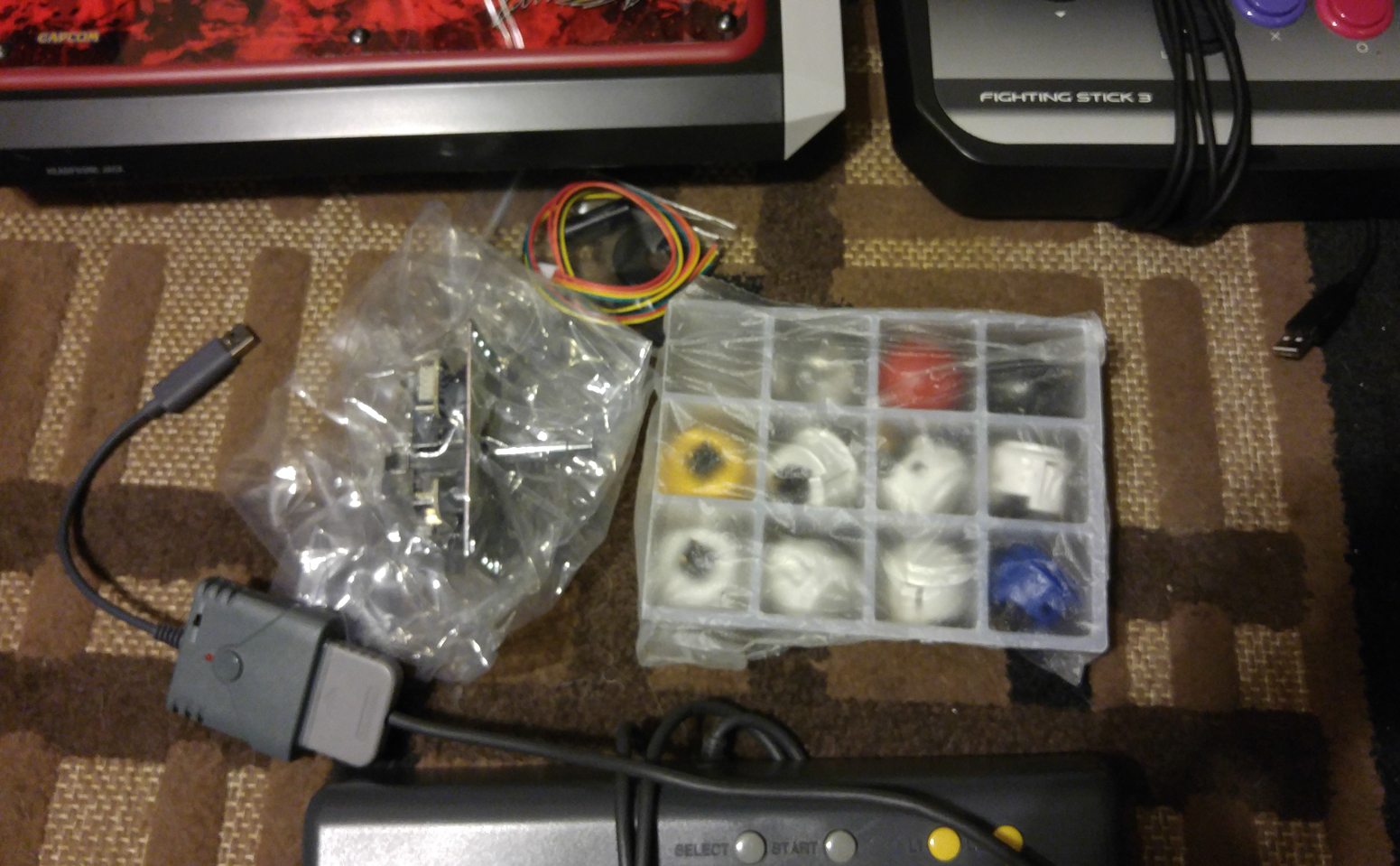 Anyway, back to Mad Catz bad Monday. With fiscal 2016 third quarter reports coming tomorrow, the company confirmed that a trio of executives resigned on Friday, including the Chairman of the Board, Thomas Brown, CEO Darren Richardson, and Senior VP of Business Affairs Whitney Peterson.

The ensuing day of trading left the stock down some 25% plus on the day. (See the quote here.) The stock price is not high to begin with, and Monday's action left it perilously close to the 2009 low. It's possible that if the earnings report isn't as bad as feared, it could bounce back tomorrow.

Indeed, with the 'Street Fighter V' line flying off the shelf, a big investment and area of success, aka fightsticks and 'Street Fighter,' should be paying off now and in the very near future.

Unfortunately, I'm left to wonder if it isn't the Mad Catz relationship with 'Rock Band 4' that is causing the shake-up. To be clear, I was there in the front row the better part of a decade ago when Electronic Arts, Harmonix, and MTV got into a money fight, post 'Rock Band 2,' during which it was revealed that publishing the game and dealing with the hardware was the mean part of the 'Rock Band' business.

When 'Rock Band 4' was first announced, the idea being pushed was that stock levels would be carefully managed. That may have happened, but the scale of 'Rock Band 4' along with all the different sub-product SKUs, have likely kept Mad Catz resources well-diverted, leaving other product areas slowed or in a holding pattern. The game being geared towards those that already own the hardware and like being DLC can't have been ideal of the publisher and peripheral-maker.

What does any of this mean to consumers today? Well probably nothing in the short time. Mad Catz can likely weather this while fulfilling all obligations, and that means the community will have new fightsticks among other Mad Catz products. In the long term, however, the company might have to retreat to the most solvent areas and wait out certain contracts. It's ironic then, that right when arguably the highest quality Mad Catz products now or to date, the Tournament Edition line of sticks, is about see the most significant software support of the new console generation, the company may be left figuring out how to get by with less.