Valve has been teasing a big announcement for the Steam VR initiative for some time, and at the onset of Mobile World Congress, that announcement has come.

Valve has partnered with HTC, and the resulting headset is the HTC Vive, which unlike the Oculus Rift, is being pitched as a consumer ready device. 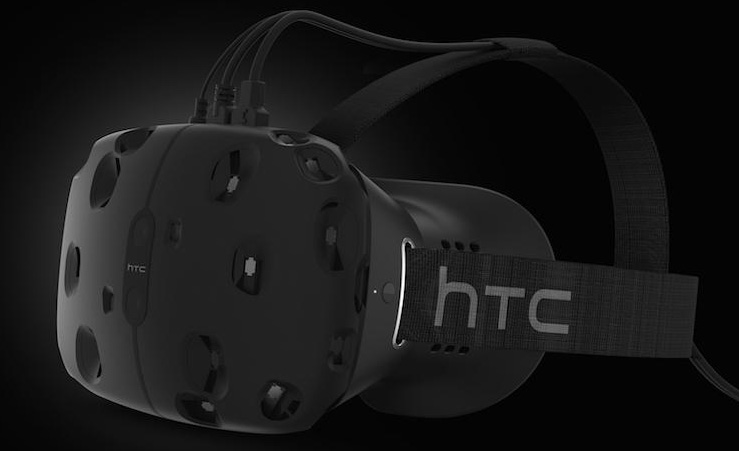 This initial reveal comes ahead of GDC 2015, where Valve will be demonstrating the Vive. The developer edition of the Vive is coming this Spring (request a developer edition here), and the device is built around twin 1200 x 1080 displays that run at 90 hz. Sound is handle through a headphone jack. Headtracking is done through the included gyrosensor, accelerometer, and laser position sensor, but there is more to it.

The Vive as announced is meant to scale with certain add-on devices, including ergonomic VR game controllers (one per hand) and even more interesting, a pair of Steam VR base stations. With the Steam VR base stations, the headset can be tracked in a space ranging up to 15 x 15 feet. That kind of experience suggests a much more VR like experience than where Oculus has been targeted.

While the Vive is expected to fit right into the SteamVR slot of the Steam Universe, Valve has already been working with several partners on content. These partners include Cloudhead Games ('The Gallery'), Dovetail Games ('Train Simulator 2014'), Fireproof Games ('The Room Two'), Google, HBO, Lionsgate, Owlchemy Labs ('Job Simulator'), Steel Wool Games ('Flyhunter Origins'), Vertigo Games, and Bossa Studios. Many of these developers, such as Dovetail Games, will be featured in Valve's Steam VR showcase at GDC 2015.