Ubisoft is finally diving back into the 'Rainbow Six' franchise, showing off full-fledged multiplayer gameplay. There's no doubt, this game is coming in 2015. Platforms were not announced at the reveal.

Destruction, tactics and communication are all on high demand in this intense five on five hostage scenario: 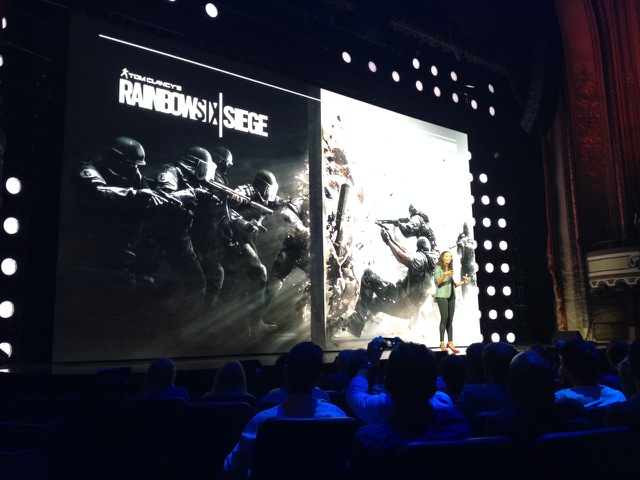 Tom Clancy’s Rainbow Six Siege also features a technological breakthrough that redefines the way players interact with a game environment. Leveraging Ubisoft Montreal’s proprietary Realblast engine, Tom Clancy’s Rainbow Six Siege incorporates procedural destruction that is realistic and unscripted, meaning the environment reacts authentically, distinctively and dynamically, based on variables like the caliber of bullets or the amount of explosives used. This advance allows players to leverage destruction in meaningful ways. Walls can be shattered, opening new lines of fire. Ceilings and floors can be breached to create new access points. This ability to modify the level design in real time enables players to create new gameplay opportunities directly within the game level."

You can find the latest info on 'Rainbow Six: Siege' linked from our Video Game Release Schedule.