Loot Crate announced Loot Gaming last month (see here), and today, not only were two more feature properties revealed as part of the first crate, the Founder's Crate, but the whole subscription program went on sale. 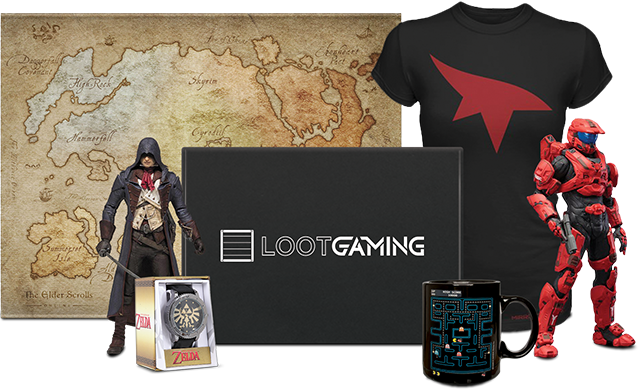 'Street Fighter,' 'Skyrim,' and 'Halo' were previously revealed as being featured in the Founder's Crate, and now, 'Super Mario Bros.' and 'Heroes of the Storm' will also be featured. Each crate will have 4-6 items exclusive to Loot Crate as well as a game manual style booklet and a Loot Gaming pin.

The first crate is promised for April, and it should be pretty impressive for fans of some the biggest franchises around.