'Middle Earth: Shadow of Mordor Game of the Year Edition' Announced for PS4, Xbox One, & PC

At $49.99, this new version includes all of the released DLC, including the two story missions and is due out on May 5th for the PS4, Xbox One and PC. 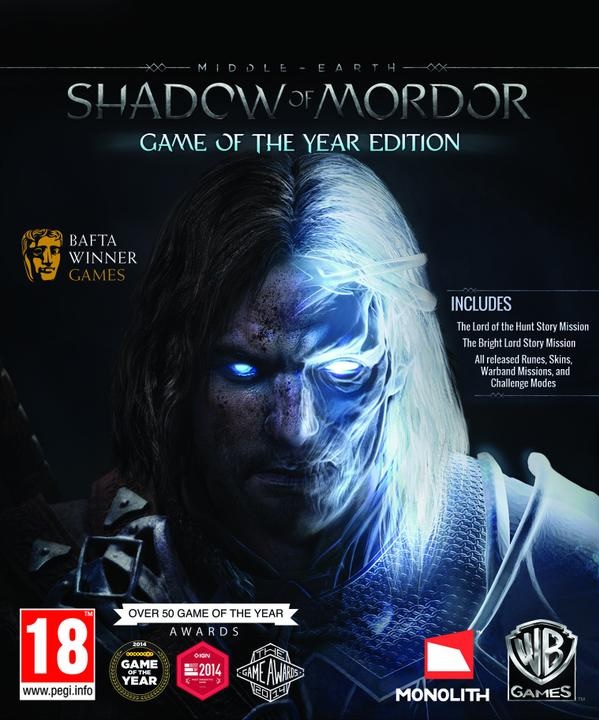 While the game has obviously done well critically and commercially, this GOTY version ought to have potential buyers wondering if the DLC epsiodes, Lord of the Hunt and The Bright Lord, make this version worth the extra investment.