After being in Early Access on the PC and in Game Preview on the Xbox One, 'Sheltered' is heading to the PS4. Check out impressions of the Xbox One preview version here.

'Sheltered' puts players underground under some very harsh circumstances in a struggle to survive. The game began as Kickstarter and eventually developers Sonny Meek and Dean Foster brought the game to Team17, where it has been developed and updated regularly. 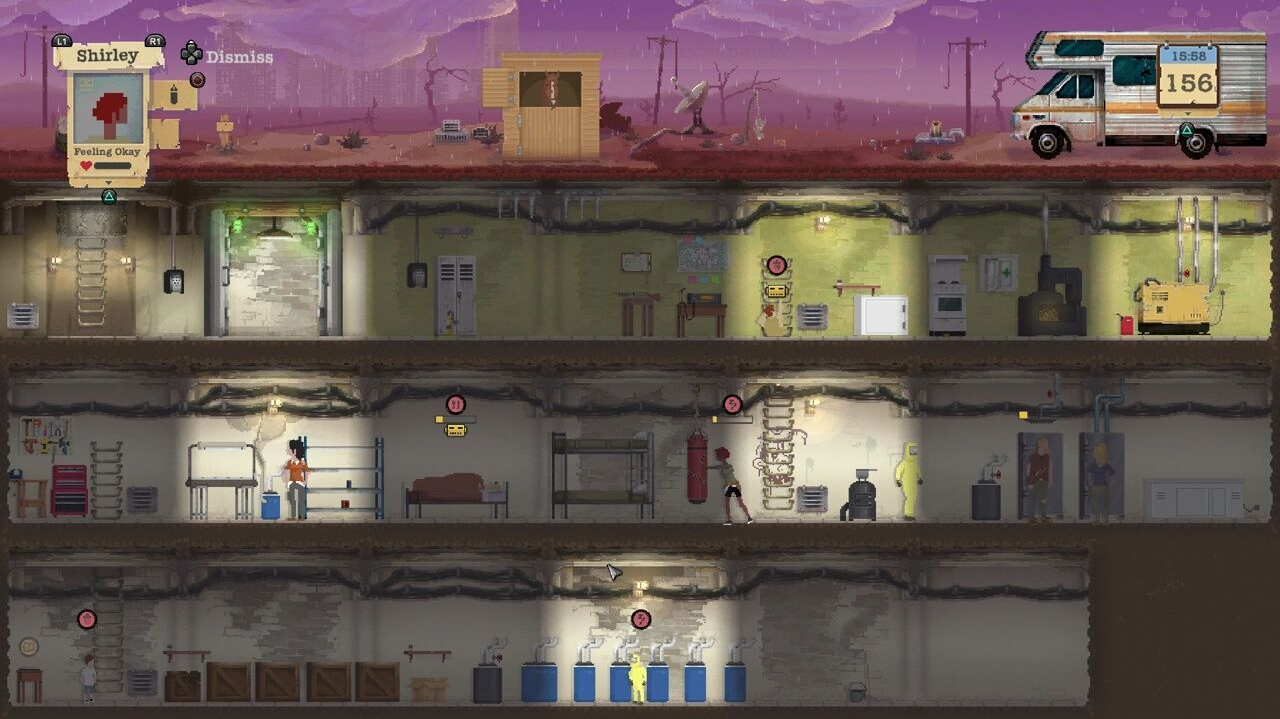 Team17 has not announced an exact release date for the PS4 version.