Armature Studio was founded in 2008 by several former Retro Studios devs. In addition to working alongside Keiji Inafune’s Comcept studio to develop 'ReCore,' Armature has been busy developing 'Dead Star' for PC and PS4. (This preview is based on the PC version.)

'Dead Star' is a multiplayer game with a top-down perspective, with spaceships for characters. It handles much like a twin-stick shooter but with more emphasis on player-vs-player action than in lots of NPC shapes buzzing around the screen. It does have NPC ships, but they play more of a support role. In each match, my team’s goal was to capture and hold outposts spread across the map, while the other team attempted to do the same thing. The outposts typically have strong defenses, like turrets and area-of-effect explosions. Holding outposts generates points and a closer respawn point to the front line. 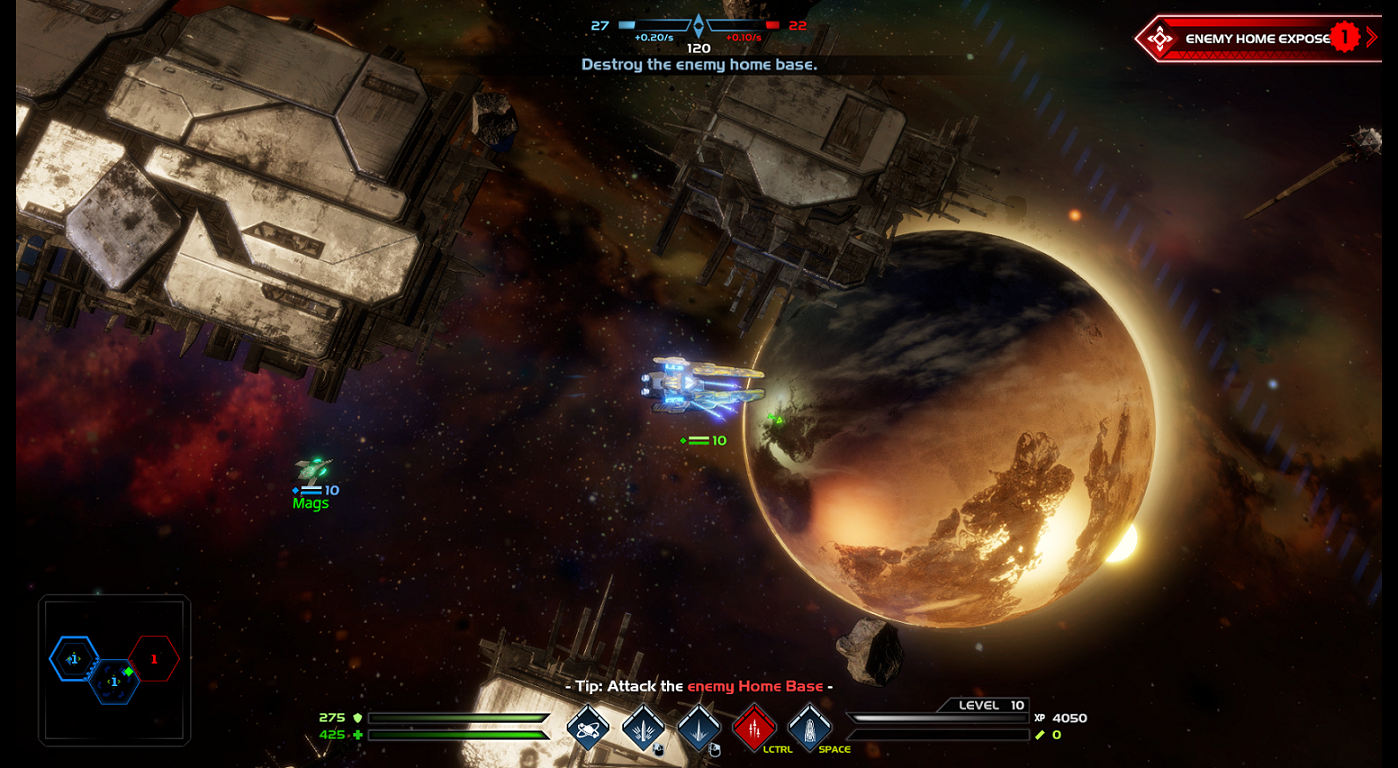 There are several different classes of spaceship, all having different functions. Scout-class ships are quick and have decent firepower, and also capture outposts at a quicker rate. Raider-class vessels have unorthodox weapons and can carry more ore (used to upgrade station defenses). Frigates are large, cumbersome ships that can give and receive heavy damage, but have a tough time maneuvering around the battlefield. 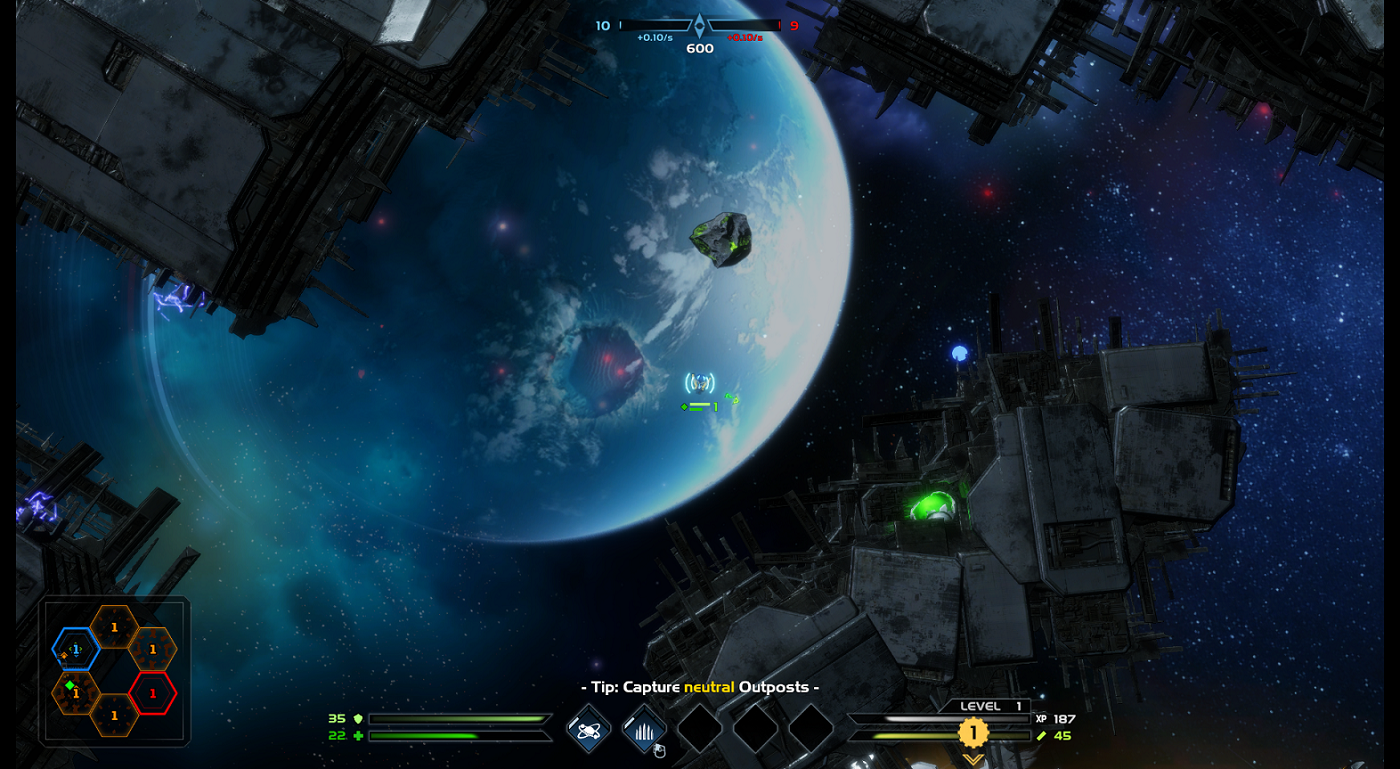 The station system allows for a semblance of real-time strategy gameplay. Ore is collected and then dropped off, which can buy better turrets, little healing drones that help out the team, and grant bonuses to nearby allies. Flying raider ships can give options to pilots who are perhaps less skilled in outright combat (like me) and still contribute to their factional defense. Ships can be leveled up during the match to add new weapons and abilities, like sniper rounds for the raiders and missile barrages for the frigates. There are even healing and debuffing ship types for the more support-oriented players.

As Brian mentioned in his impressions from PAX South, 'Dead Star' has some things in common with MOBAs. It modifies or improves on these mechanics in several ways, though. Combat is more fast-paced and less painful for the players who die. Respawn timers are extremely short, topping out at less than five seconds (compare that to 'Heroes of the Storm', where a player can sit in the sin bin for longer than a minute). Almost all abilities are twitch, right down to the basic attacks. Skillshots are harder to land, especially because the ships have a wide variation in speed. And, possibly the best part, I could swap out ship types every time I died, instead of being trapped into a single character for the duration of the match.

While it works better with a controller, the ships handle pretty well even with a mouse and keyboard. The framerate is able to keep up with the action, even when pitched battles are occurring near an outpost. The visuals are vibrant and colorful - ships are cel-shaded, and the surrounding environment sports more traditional sci-fi textures. Maps are procedurally generated with different configurations of sectors, asteroids, and defense features in each match, with some options available for voting in the pregame lobby. 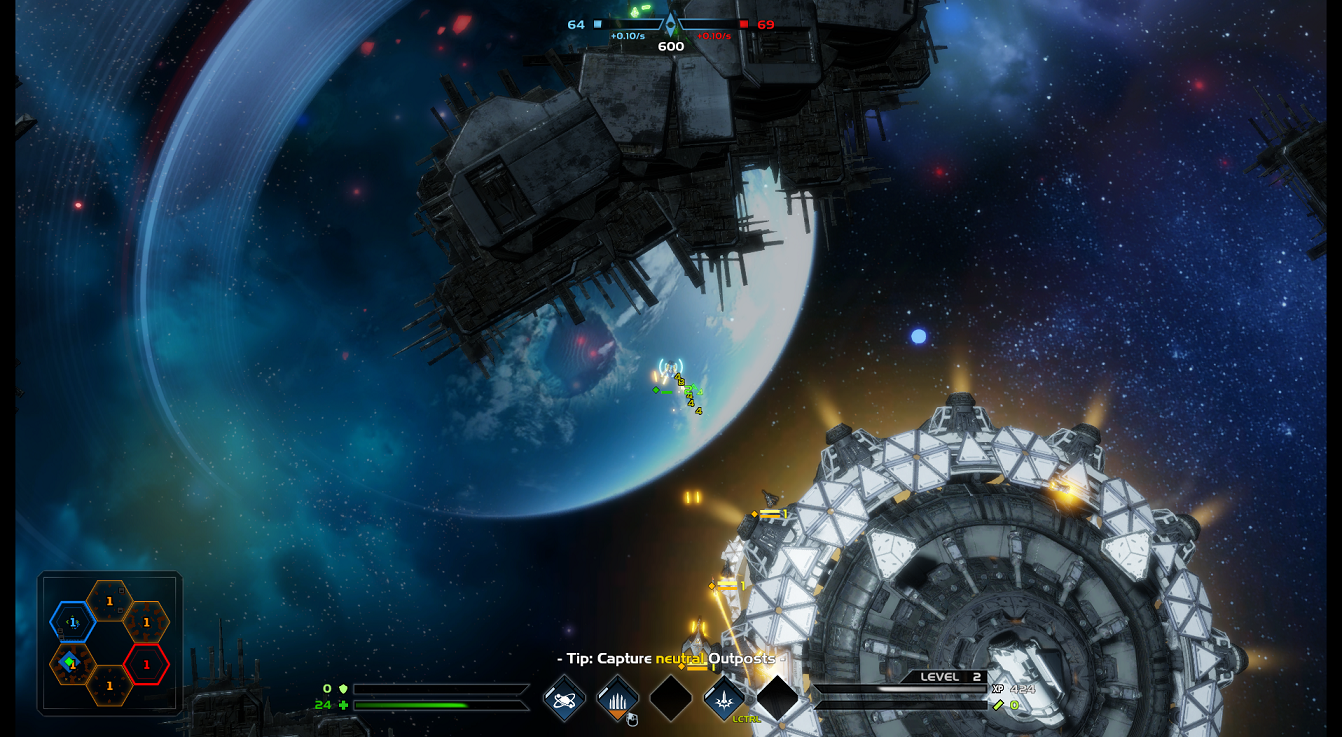 'Dead Star' has solid multiplayer mechanics, and its replayability is enhanced by the large roster of ship classes and the upgrading system. Components can be built between matches for permanent ship upgrades, not to mention cosmetic alterations based on player level. It also supports live cross-platform play between the PC and PS4. However, my experience was marred by a very sparse online community. Matchmaking is currently locked into a 10v10 multi king of the hill arrangement, but most of my "matches" never progressed past the lobby and were aborted for lack of players. I could find a partial match after 10-15 minutes of matchmaking, and we would wind up with 4 ships on the map instead of 20. It was still fun, but not quite the big space battles that Armature is probably hoping for. I never saw the yellow team capital ship gameplay, for instance, which sounds awesome in a third-party space hooligan kind of way. The matchmaker would occasionally let me into a game by myself, where I would proceed to mow down NPC turrets for ten minutes and proclaim myself the undisputed king of space. It also has a freeplay training mode for ship experimentation. The gameplay is not conducive to solo play, however, at least not with its current features. 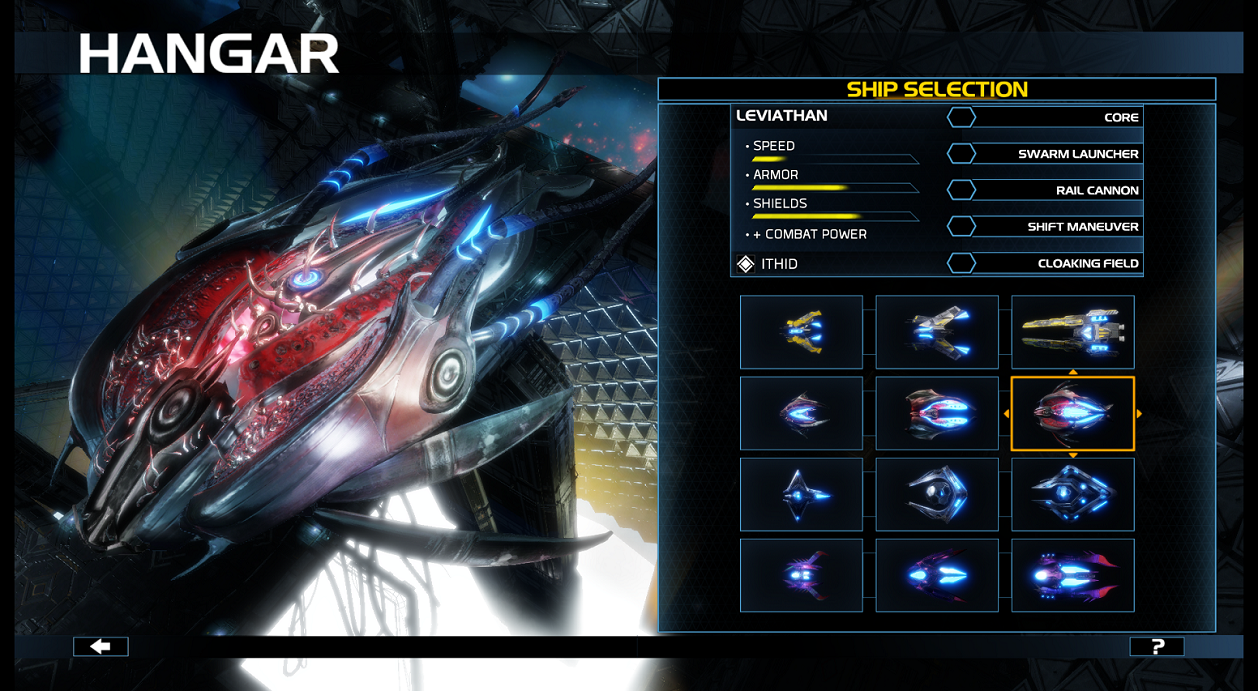 I think 'Dead Star' could be something special in the world of top-down twin-stick space shooters, of which the pickings are admittedly slim. It has been in Early Access since December and is quite well-polished for its development, but word of mouth needs to pick up significantly for it to be a worthwhile purchase, especially at its $20 price point.