'Dead Star' is available right now on in Early Access on Steam and as a beta on the PS4, which means that over the course of a few matches, just about anyone can get a better handle on the game than what my 20-30 minutes of PAX South 2016 time could net me. Even so, my impressions of the game are so potent, that my own epiphany might be worth considering. 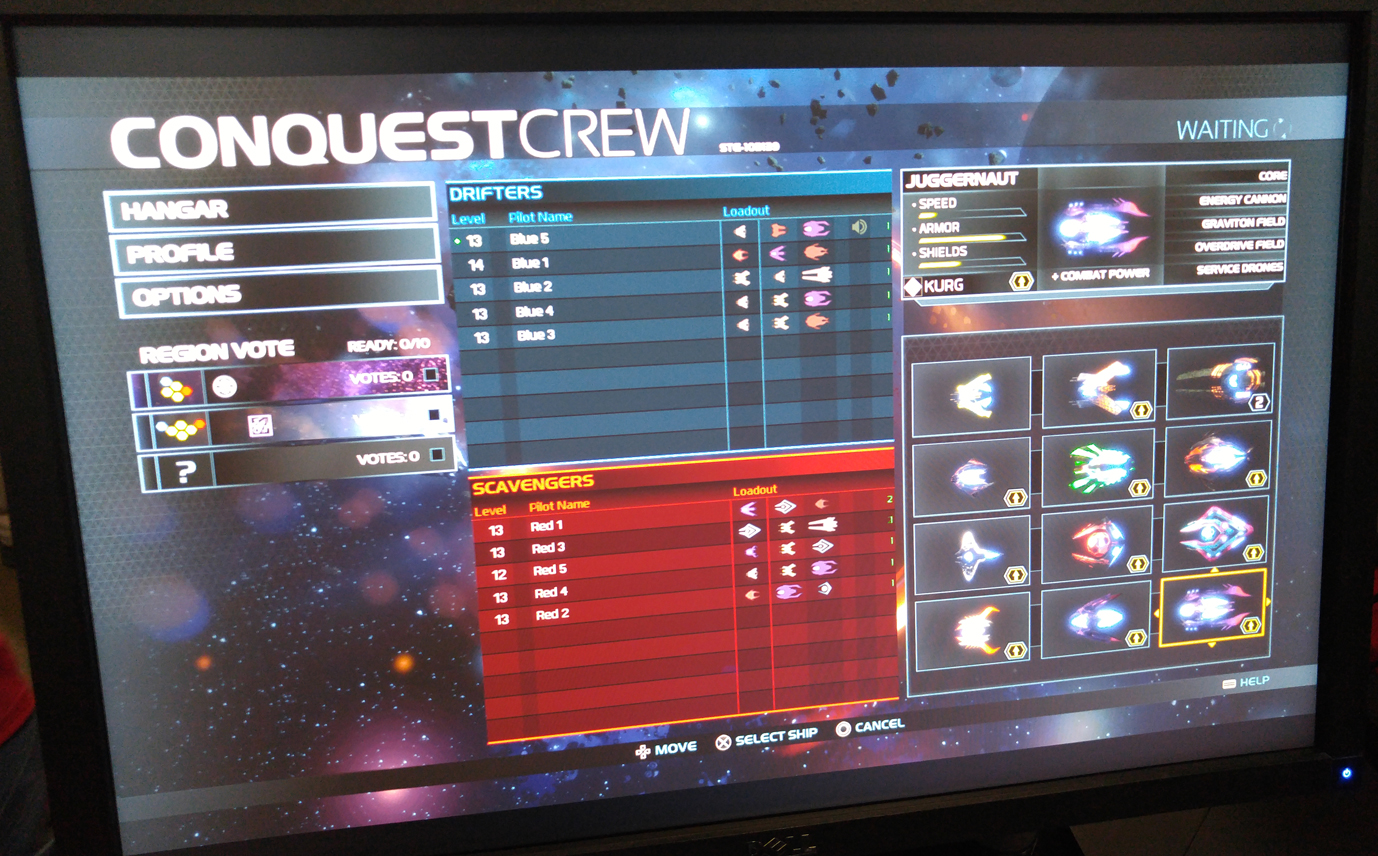 Through an unholy marriage between twin-shooter and MOBA mechanics, and a willingness to make the game worth playing (rather than mired in micro-transactions), Armature Studios may have cracked the code, so to speak.

I have dabbled in a half dozen different MOBAs, and I've had some specific popular MOBAs explained to me in full. Nothing has really ever taken hold beyond maybe a few interesting moments. (In fact, I horrified someone working the AMD booth when I told her I did not want to play 'League of Legends.')

That changed with 'Dead Star.'

Now why was 'Dead Star' able to grab me in a way so many other games have failed? Well, for one thing, it's a top-down twin-stick shooter, and amazingly, the ideas of size versus speed and armament for a specific class translates wonderfully to the ships of 'Dead Star.' Another reason is the way that maps work. Not only is a match considerably more open than the typical lane design (capture this node, then this node in a line, etc.), but a seemingly decided match (via tickets) still sees the losing side have hope via direct attack at the enemy's base. (Reminds me of 'Ender's Game.') 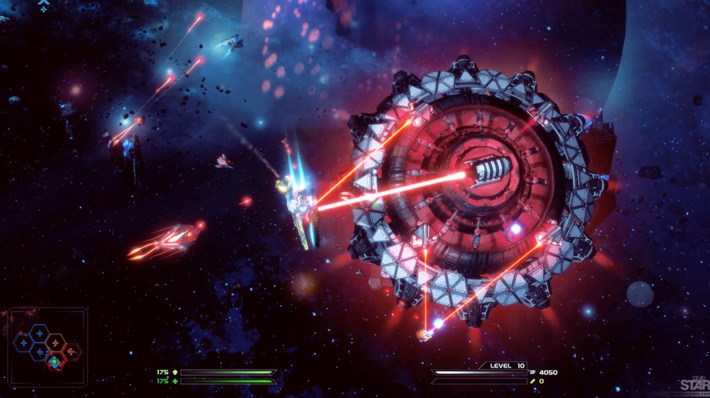 So 10 ships/players take on 10 ships/players, and the twin-stick mechanics (aim with right stick, shoot basic and advanced weapons using L1, L2, R1, and R2) ensure that the basic combat is solid. Naturally, the using a ship's special weapons (like EMP or cloak) and gathering up friendly NPCs factor into play, but so do giant destructive comets. With the map quadrants being open (or not open depending on the pre-match vote), the teamwork aspects are heightened, but matches shouldn't have both teams instantly rushing to one area of conflict for the whole match. (Being quick and sneaky is an important strategy.)

Another thing that a makes this so much more palatable, is that you can play this game without being assaulted by microtransactions. I don't think I can underscore enough how much I would rather pay $20 to buy the game than have it constantly trying to get me to purchase currency, characters, etc.

'Dead Star' was hot at PAX South 2016. At no point was the booth not mobbed by players. The matches had a strong appeal both in terms of watching and playing. That's straight up helped by this not being yet another third-person MOBA. When the teams get engaged around a star or an outpost, the action is frenetic, with ship dodging so vastly superior to just standing there holding the attack button. 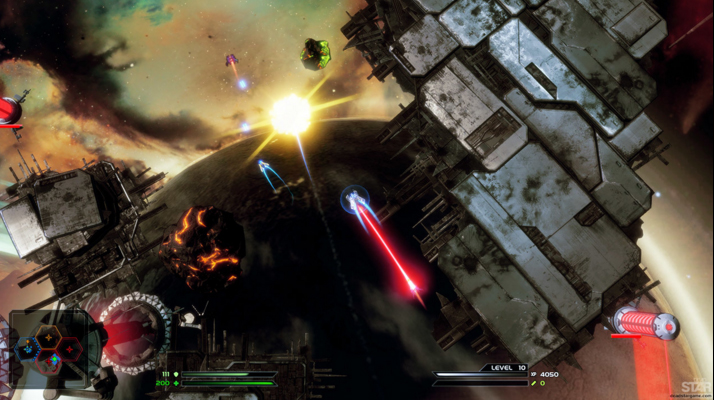 None of this even touches on the whole yellow team part the game. Outside of the 10v10 play, players can form a team and seek out a dormant capital ship. These ships completely dwarf the player's ship in size. Via the same upgrade and unlock mechanics in the 10v10 mode, players can get their ships ready and then get that capital ship up and running. Once in action, it needs to be protected, but at the same time, players will be tempted to go forage in space 'FTL' style.

What's crazy is that this whole protect the capital ship mode can tie into the 10v10 mode. Basically, like a crazy bonus event, the ship enters a match for five minutes. The competing teams then need to attack it (for that 5 minutes the scoring incentivizes this behavior). I haven't seen this mode in action, but what really appeals to me about is that beyond just the fun occasional side aspect that this adds to matches, playing this mode seems like a great way to train on how to play in general.

With so many MOBA aspects, the fact that I've taken a strong liking to 'Dead Star' is kind of amazing. That the game supports cross play between the PC and PS4 versions is also quite alluring. Riding this high, I'm going to get into at the early access/beta stage, and I hope a lot more people get that same feeling.