But it also might not get made at all.

Voiced by Jon St. John (think Duke Nukem), 'This Is the Police' stars Jack Boyd, a police chief six months away from a forced retirement. Faced with some harsh realities, Boyd has decided that his remaining six months as police officer will include a very specific goal, getting his hands on half a million bucks.

From the developer, Weappy, "That might be play money for a corrupt cop, but up until now, Jack has been playing by the book. Even with overtime, in six months he wouldn’t make fifty grand. But a police chief has access to all sorts of… informal income. Bribes, weapons and drug sales, deals with the Mafia, skimming off the budget, kickbacks – you name it. And Jack is tired of playing nice. He’s is ready for anything, but only you can decide how far he’ll go."

Of course, the police chief will still have to keep order in Freeburg. 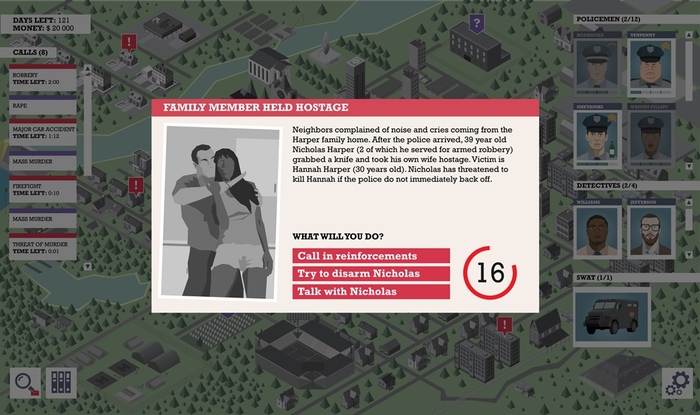 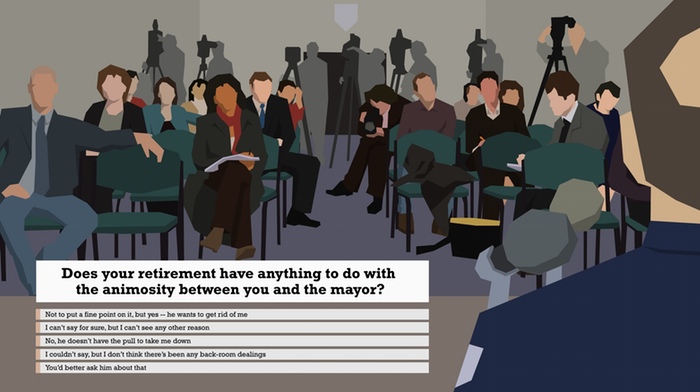 Thus, 'This Is the Police' will be hybrid strategy/sim game and adventure game. Otherwise known as the kind of genre straddling game they used to make for PCs back in the 1990's.

While the developer is using Kickstarter to get the project funded, Team17 has signed 'This Is the Police' for the Team17 Indie label. That not only means that Team17 will be marketing the game, but it might also mean that PS4 and Xbox One versions are now a distinct possibility. The targeted release date is this December. Of course, this all hinges on the game hitting its Kickstarter goal in the next week.