So, yesterday, the Oculus Rift had its coming out party, with the consumer unit finally available for sale, and the recommended specs available to the public, which was great news. That is, if you have a disposable grand lying around.

While virtually everybody who's actually played with the thing reports the tech is most definitely up to snuff, for a device that's been agressively marketed as the wave of the future, the price of admission to said future starting at $600--likely much higher depending on how much voodoo you need to do to your computer to bring it up to the required specs--put a damper on a lot of folks' excitement.

It was especially disheartening if you've been paying close attention to the Rift's development and remember when, once upon a time, Oculus founder Palmer Luckey had been touting a far more consumer friendly $350 price tag for the device. On that particular note, Luckey agrees. In a Reddit AMA that happened after the official announcements were said and done, Luckey was asked straight up what happened there, and he was surprisingly straight up with his answer. 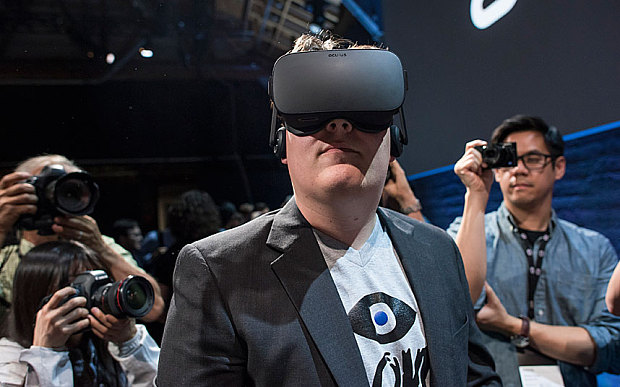 "I handled the messaging poorly. Earlier last year, we started officially messaging that the Rift+Recommended spec PC would cost roughly $1500. That was around the time we committed to the path of prioritizing quality over cost, trying to make the best VR headset possible with current technology. Many outlets picked the story up as “Rift will cost $1500!”, which was honestly a good thing - the vast majority of consumers (and even gamers!) don’t have a PC anywhere close to the rec. spec, and many people were confused enough to think the Rift was a standalone device. For that vast majority of people, $1500 is the all-in cost of owning Rift. The biggest portion of their cost is the PC, not the Rift itself.

"As an explanation, not an excuse: during that time, many outlets were repeating the “Rift is $1500!” line, and I was frustrated by how many people thought that was the price of the headset itself. My answer was ill-prepared, and mentally, I was contrasting $349 with $1500, not our internal estimate that hovered close to $599 - that is why I said it was in roughly the same ballpark. Later on, I tried to get across that the Rift would cost more than many expected, in the past two weeks particularly. "

"To be perfectly honest, our biggest failing was assuming we had been clear enough about setting expectations....an assumption that myself (and Oculus) did not do a good job of fixing. I apologize."

The failing doesn't seem to have put too much of a hit on Oculus pre-order sales; the first wave of devices that was set to go out in March is already sold out, with new orders shipping out in April. The early adopter crowd isn't the problem, though. It's the sorts with a $500 rig that just figured out how to run GTA V on low settings without the motherboard catching on fire who Luckey probably isn't getting a dime out of until we start seeing the Rift for less than what they paid for the computer.  We'll see how this all pans out with time. Meanwhile, hopefully someone at Sony is taking good notes.