Everything From the 'Super Smash Bros.' for Wii U Nintendo Direct: Ridley, Mewtwo, 8-Player Smash and More

New game packed with even more than 50 new features.

Note: For the 'Super Smash Bros.' for Wii U wishlist, some of which has now been granted, check here.

Nintendo promised a wave of new details on 'Super Smash Bros.' for Wii U during today's Nintendo Direct, and the company more than delivered. The game is due out in just under a month on Nov. 21. Here's just about everything they announced today, starting with the big, important stuff.

First off, here's the Nintendo presentation. Sit tight, as this is not a short one.

Now to peel through all of the new info:

Mewtwo is coming in 2015 as a free playable character for those who own both versions of the game. Nothing was said about potentially buying him separately for one version or another. 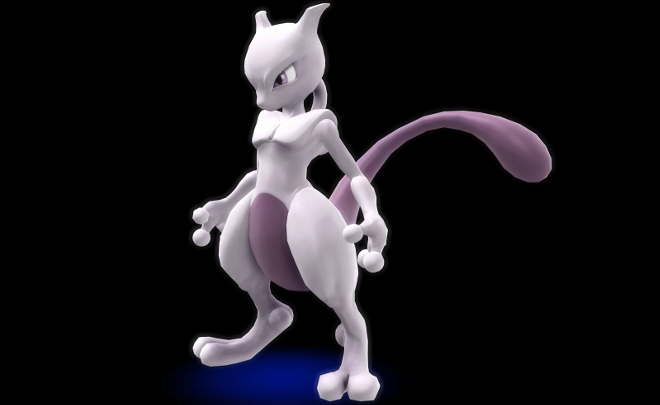 8-Player Smash is a thing now, taking place only on stages large enough to handle it. As a matter of fact, any number of players up to 8 can partake in a Smash battle, though the details on stage limitations for 5-7 concurrent players weren't clearly illuminated. The four most massive stages include the old Temple from 'The Legend of Zelda,' and the new Palutena's Temple, Big Battlefield (with six floating platforms in a pyramid setup) and The Great Cave Offensive, which is essentially a massive labyrinth of damaging traps, which when touched at percentages higher than 100 is an instant KO.

Smash Tour is the Wii U version's answer to the 3DS-exclusive Smash Run mode. It's set up like a board game, where Mii tokens traverse spots to collect boosts, items and, most importantly, fighters to use during battles. Intersecting with another Mii token begins a battle where the winning player can take a fighter away from the other. The final battle is stock-based, each fighter in one's arsenal tallied for the starting stock points and all the boosts and items collected for use as well. It's robust, to say the least.

Online Tourneys and Tournaments are two different things. The first allows a host to setup a type of Smash battle, then players can accumulate points over time by battling in that battle again and again. Tournaments are more traditional, allowing up to 64 players to duke it out in a bracket-based competition. 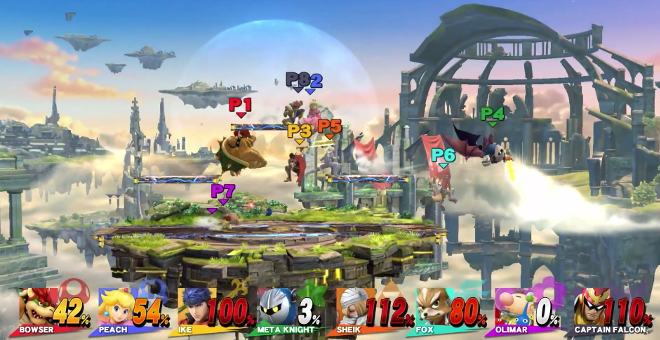 Some stages, such as the 'Donkey Kong Country Returns'-themed Jungle Hyjinx, feature multiple planes where the battle can take place. In the case of that stage, players use barrels to travel between a foreground and background sections, and those in the background launch further upon being hit.

Though the Wii U version shares some stages with the 3DS version, those stages will be bigger and feature different kinds of structures and setups.

A Miiverse stage, which will display actual Miiverse posts related to the characters in the current battle, will go live once Nintendo's accumulated enough data to populate it.

If Pit enacts his D-Pad down taunt in 'Kid Icarus'-themed stages, Palutena will engage in bubbled conversations with other 'Kid Icarus' characters, much like the 'Star Fox' guys did the same in previous games. Oh, and those guys will be back too.

Ridley is an interactive boss in one of the 'Metroid' stages. A player who damages him enough will earn him as an ally in the battle, and the person who KOs Ridley will actually score a point. 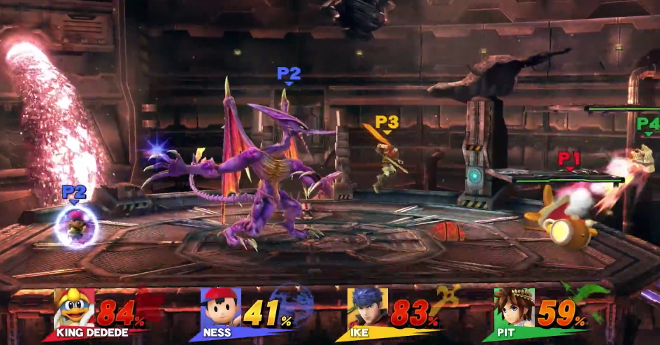 Coin battles and stamina battles both return from previous incarnations of 'Smash.' The former has player competing for coins dropped by KO'ed opponents, while the latter reverts the setup to a fighting-game traditional HP setup, where diminishing a player's HP to zero amounts to a KO.

Challenges, similar to the achievement-like grid in the 3DS version, are present.

Classic Mode and All-Star Mode are both here too, though with changes. Most importantly, both modes can be tackled by one or two players. In Classic Mode, unlike the 3DS version where players choose paths based on difficulty, the game chooses the path for you based on your performance in previous battles. Also, challenges and rival fighters throw in twists over the course of progression. All-Star mode is mostly the same, requiring you to KO every fighter on the roster without being KO'ed yourself, with limited recovery items to use. Now, though, those fighters approach you in reverse chronological order (based on initial release date into the world), so Mario and Pac-Man are last on the list while Lucina and Olimar are earlier, for example.

Group Stadium means that two players can partake in each of the Stadium mini-games. That's the Home Run Contest, Target Blast and Multi-Man Smash modes.

Special Orders are one-off challenges presented by both Crazy and Master Hand. Master Hand's Orders, which seem to simply be highly-specified kinds of battles you need to win, are attempted once for one reward, whereas Crazy Hand's Orders can be stacked as you win them in a risk/reward kind of payoff. You end the stack by fighting Crazy Hand himself.

Trophy Rush can be played by two players.

The For Glory and For Fun division remains true in the Wii U version.

Two local players can join up and go online together.

Voice chat through the GamePad's mic is enabled for matches with online friends, though it's only active before and after matches, not during.

Eventually, players will be able to share photos, replays, custom stages and custom fighters online, though that functionality won't be present at launch. 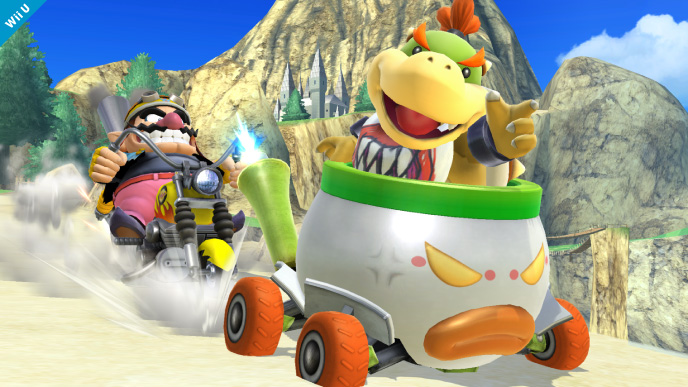 Both the menu and battle music, of which there is a massive amount (based mostly on console games, rather than the portable games featured in the 3DS versions), can be set to play more or less frequency in their respective zones.

The game features a massive amount of trophies too. Additional Final Smash trophies are unlocked by completing All-Star Mode with each character. Trophy Boxes are sets of trophies one can strive to complete and display together.

All of the "Joins the Battle" marketing movies will be viewable in-game, including the new one revealed today for Bowser Jr.

There's a large emphasis on photos this time around. You can take picture during battles, or use trophies and such to setup up diorama-like scenarios and take pictures that way. Also, the GamePad can be used to touch-up pictures with Paint-like tools.

A notifications bar scrolls along the top of the main menu as a portal from Nintendo directly to you.

The amiibo functionality remains largely the same as described before. Your figure jumps into the game as his/her own CPU fighter, leveling up and becoming smarter, faster and stronger with every battle fought against you, other CPUs and other amiibo fighters, dubbed FPs (Figure Players). FPs can earn you customization items.

Players can alter the frequency of item drops, in addition to setting which items are active and which aren't. The frequency setting is not currently available in the 3DS version.

The GamePad can be used to display what's on the TV, or other pertinent information to the battle, such as player percentages.

Those with the 3DS version can also share their Mii Fighters, unlocked customization parts and customized roster fighters with the Wii U version.

The Wii LAN adapter is compatible with the Wii U, for those concerned with maintaining a solid connection.