2K is making amends with PC gamers this year, promising a port of 'NBA 2K15' on scale with the Xbox One and PS4 versions of the game. 'NBA 2K14,' which released last year to rave reviews on the PS4 and Xbox One, wasn't so kindly recieved by the PC community. It was more akin to a PS3 or Xbox 360 port than anything next-gen, at least from a visual standpoint. To highlight the promise, 2K has released the first screenshot of '2K15,' a glistening portrait of the cover star, Kevin Durant. 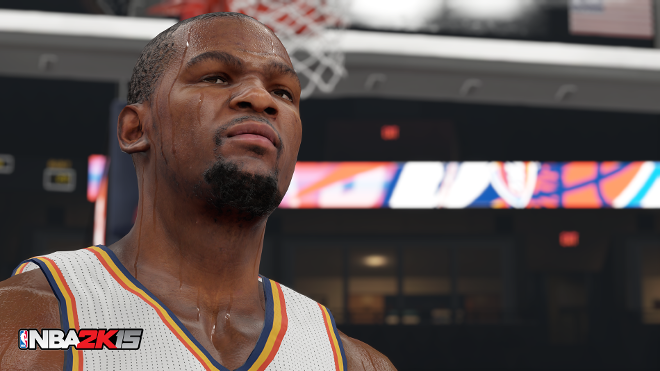 "The complete NBA 2K15 experience found on PlayStation 4 and Xbox One consoles (available on October 7 in North America and October 10 internationally) will also appear – fully realized - on the PC platform. Gamers will be able to experience the full breadth of new modes and features found on PlayStation 4 and Xbox One, with even more graphical fidelity."

You can find the latest info on 'NBA 2K15' linked from our Video Game Release Schedule. 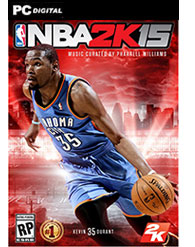