Slick new poster for the film as well.

Well, moment of truth: After months of coy teases, we finally get our first true look at Justin Kurzel's live-action 'Assassin's Creed' film.

The verdict? It's actually looking pretty slick. It starts with the typical Abstergo shadiness, but when the trailer gets down to business, with Fassbender's black-suited Assassin flipping out on faceless goons during the Spanish Inquisition, it's almost breathtaking in its stylishness, translating the games, and clearly still doing its own thing. It all ends on, of course, a sundrenched Leap of Faith. Can't quite see if theyre planning to make him land in a haybale again, but that would be the most hilarious option. More than a few folks have complained about the Kanye track underscoring the thing, but, much as I hate to admit it, it kinda works. Though, if you really, really must, someone's already worked up an alternative. We've still seen to little to make a judgement call on whether it's any good, but its definitely leaning that direction.

In addition to the trailer, we also get the first theatrical poster, which, even if the film turns out terrible, might still be worth hanging on a wall somewhere. Seriously. This thing is GREAT. 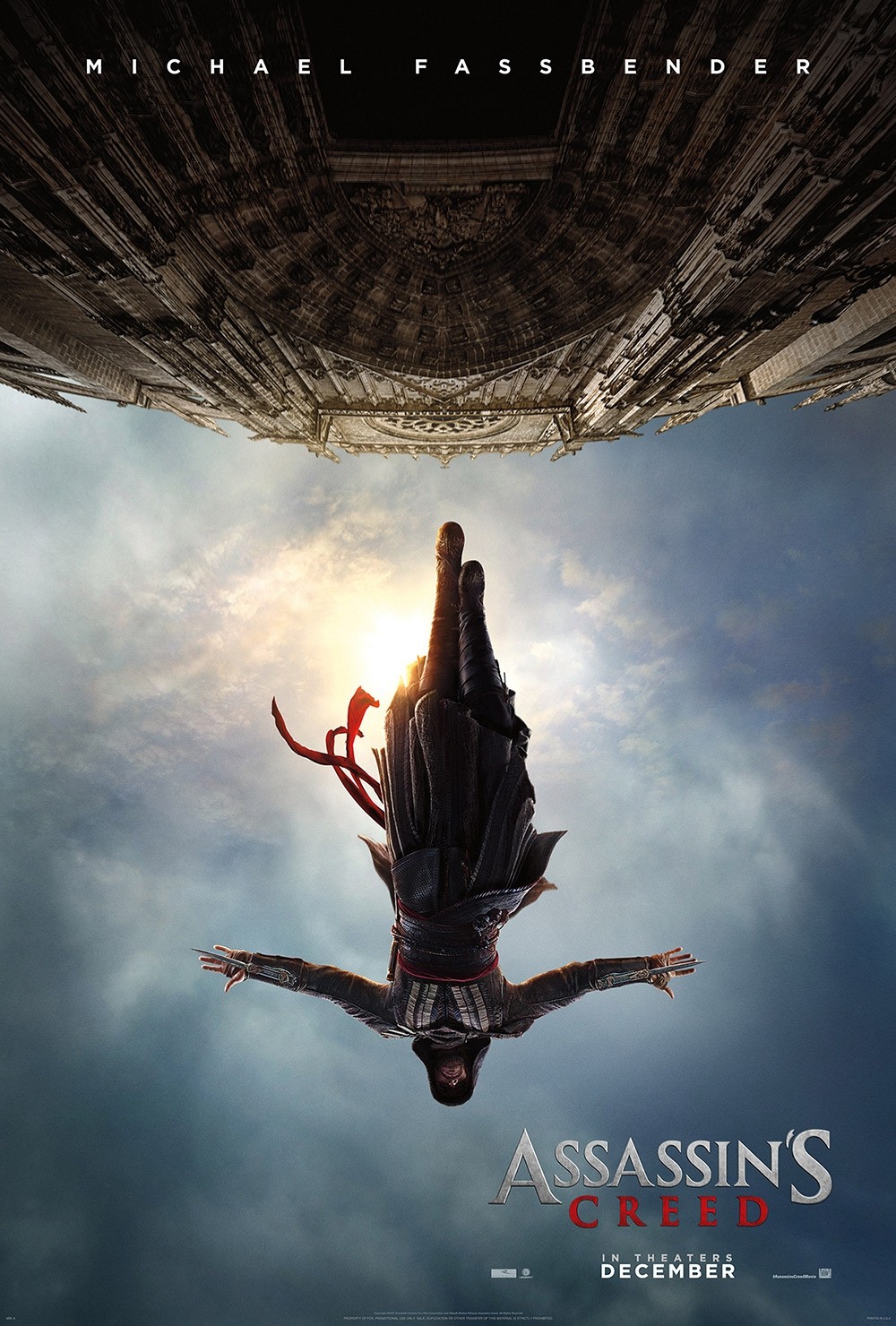 The film lands December of this year. Keep your fingers crossed. Have a look.