Two treats in one announcement.

Nintendo and Mercedes Benz are teaming to deliver some odd, free 'Mario Kart 8' DLC in Japan this summer. Players will be able to zip around the various locales in a Mercedes-like kart, which is only the second-strangest thing about this whole deal. Judge for yourself:

CVG reached out to Nintendo about the promotion reaching the rest of the world, and got a promising return:

"The announcement this time was made by Mercedes-Benz Japan regarding their collaboration in Japan with NCL. As for the information relating to the distribution of the GLA kart for MK8 outside Japan, we will be able to announce in the near future." 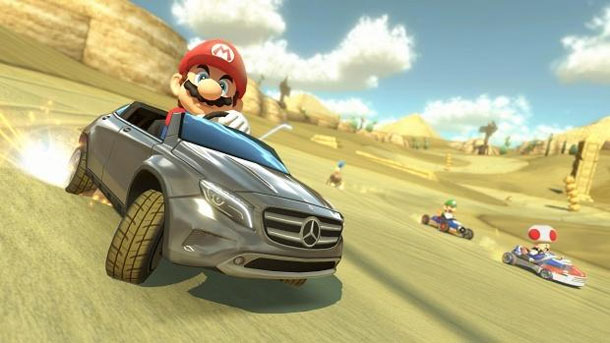 You can find the latest info on 'Mario Kart 8' linked from our Video Game Release Schedule.