It's no secret, ASTRO Gaming has had, and continues to have one, of the best headset form factors around. The light, comfortable, and purely ASTRO design can be seen in the current A40 and A50 lines. And the expertise employed is not confined to the feel, as the sound matches the looks. But for me, ASTRO has, in prior years, failed to deliver an ideal in-home solution. When using a console that is across the room, I have a hard time enjoying a headset that requires either mess of wires or a lacks for control.

Those issues have been slowly changing, and even the ASTRO Gaming HALO5 Guardians Edition headset I reviewed last year showed some forward thinking (see here). The truth, however, is that the wireless ASTRO, the ASTRO A50, is the headset that I've been most at odds with. The 2014 ASTRO A50s, though nice products, have several frustrating aspects for me. From the controls being on the transmitter, to the chat cable on the Xbox One, to the mic performance, to the need for the extra PC transmitter, to the challenge of removing the ear pads- well, it's been a wonderful design marred by certain flaws that continually irked me.

I even tried changing the 2014 A50 by using an aftermarket mod kit (see here). The results were interesting to say the least.

Happily, following last year's A40 TR rollout, ASTRO has a new set of A50s. These were announced ahead of E3, and during the show I had a chance to get hands-on with some pre-production versions. 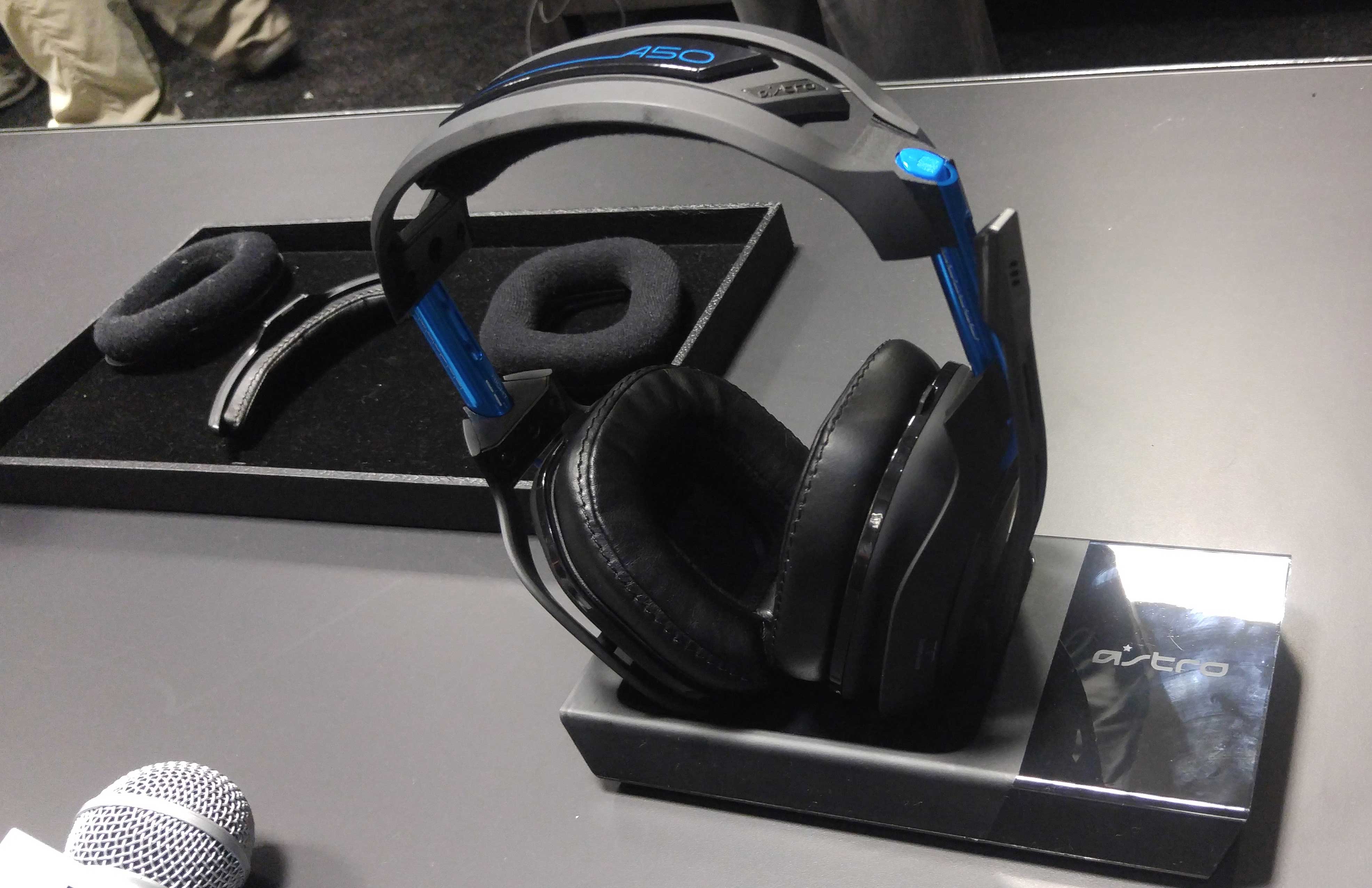 These were not the final versions, but in terms of design, I'm expecting these new A50s to be the best ASTRO Gaming headsets to date. Every change evident in the new design speaks to my issues with 2014 A50s. First off, the old transmitter base is gone, and in its place is one of my favorite wireless headset features, a combination magnetic cradle and transmitter. Speaking from experience, I have something similar resting on my Xbox One, and something similar floating on a small shelf above my PS4. The cradle takes in the optical in and USB from the console (and if necessary the optical out), while exhibiting both a clean, cable free look and also a great place to charge and store the headset. 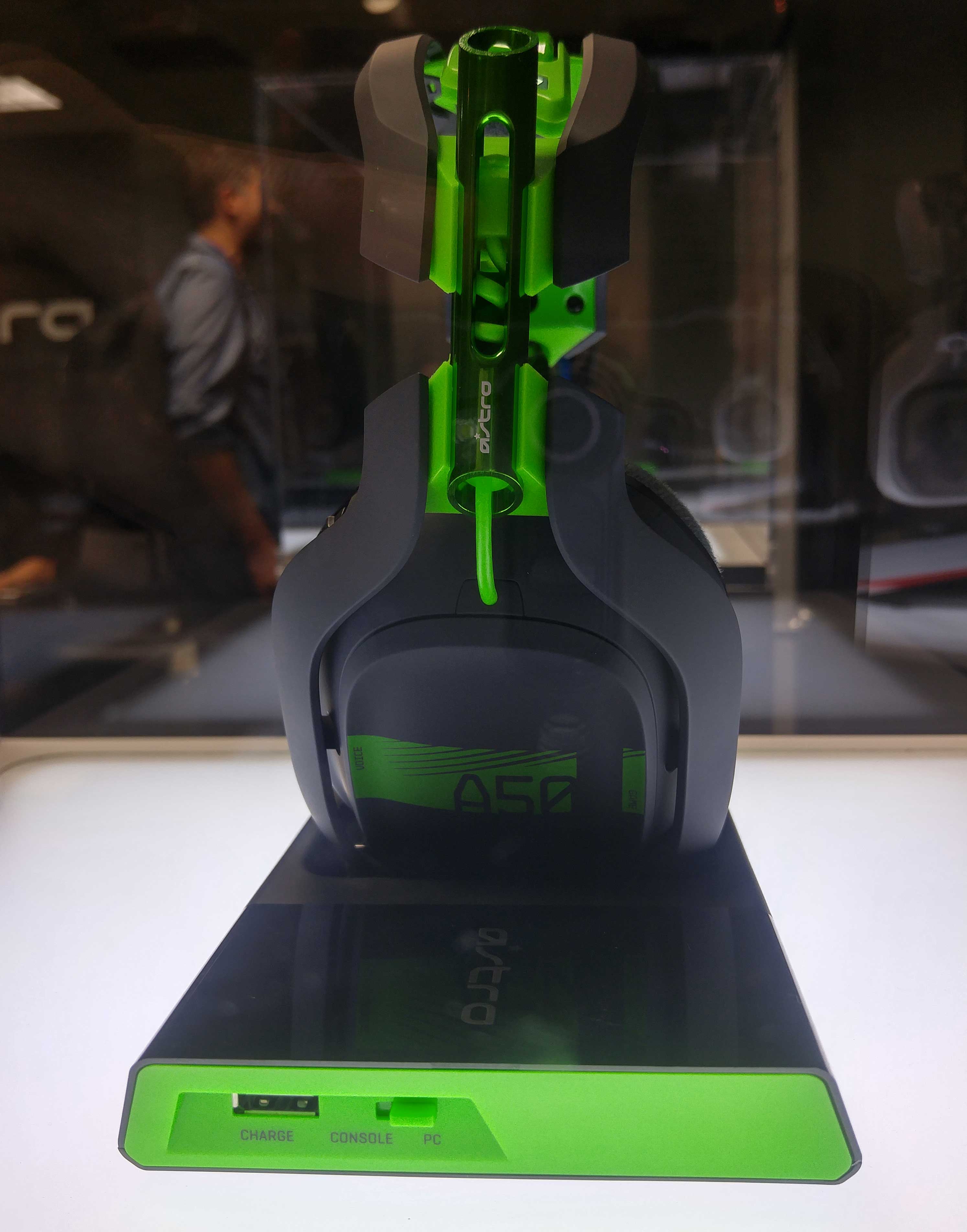 Even better, the new A50s are fully wireless, which means no more chat cable needed for the Xbox One. When looking for a wireless headset, wireless means to me that, when I run to get a drink between rounds, I can leave my headset on without dangling a controller. I fully recommend trying a fully headset to anyone who hasn't.

And happily, the MixAmp controls are now on the headset. That means toggling on or off the Dolby Headphone 7.1 Surround Sound is easy. Likewise, toggling the three customizable presets is easy as well with the toggle being right on the headset. 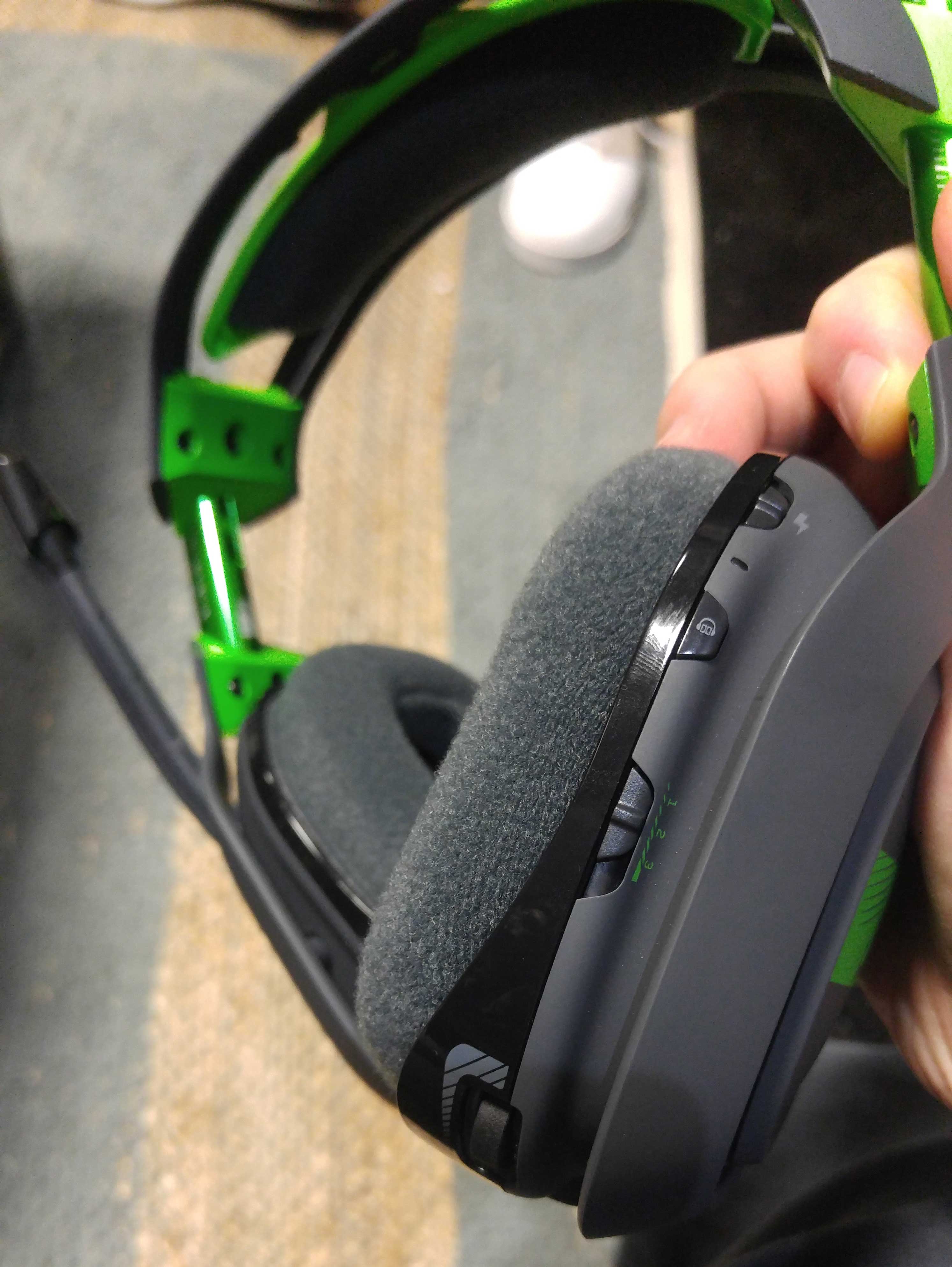 To customize those presets, or else change several of the other adjustable settings, like the side tone level or noise gate, the new A50 works via USB with the ASTRO Command Center PC software.

The new A50 has a new noise-cancelling boom mic, which should be a welcome improvement. The new A50 also has a gyro which specifically detects if the headset has been set down and left alone. At that point, it powers down, and when picked up again, the headset powers right up. This is an unexpected feature for sure, and I'm looking forward to seeing it work when the headset is released.

Another favorite new feature of mine is the USB PC support. Take the transmitter/charging cradle and hook it the PC via USB, and switch the little side switch to PC, and bam, it should be ready to go. That means full USB soundcard support while still being wireless, (no need for an optical connection on PC). I would expect the PC to need a driver on the first install, but with both the Xbox One and PS4 versions of the new ASTRO A50 fully supporting a clean PC connection, it goes a long way to justifying that premium price.

Next to the switch, as pictured below, is a USB charging port. Basically, while the A50 will charge will sitting in the cradle, ASTRO is including a charging USB port just in case the user wants to the charge the headset using a cable. If, during an overnight gaming session, I need to charge a wireless headset while using it, I typically will use separate USB charger and micro-USB cable, one that is nearer to the sitting position rather than the console, but I suppose this is a nice detail for those who need it.(I do the same with controllers, which is good since this USB charging port is not meant to be used for controllers.)

The new A50 uses a 5GHz wireless connection, which I expect will be rock solid. The base station will indicate via its small display charge level, power, and Dolby Headphone status. That makes for a sexy little look for those of use who like a lit up Dolby logo.

The new A50 supports its own Mod Kits. (There is no cross support with the A40TR mod kits.) There are a few things to note here. First up, the headset will still ship with the familiar padded velour material (which I favor), but now, removing the ear pads for any reason will be a snap. (It's so much easier than before.) The announced Mod Kit was at E3, and it does make for a serious change in terms of noise-isolation. (I do think changing the headband should be easier.) 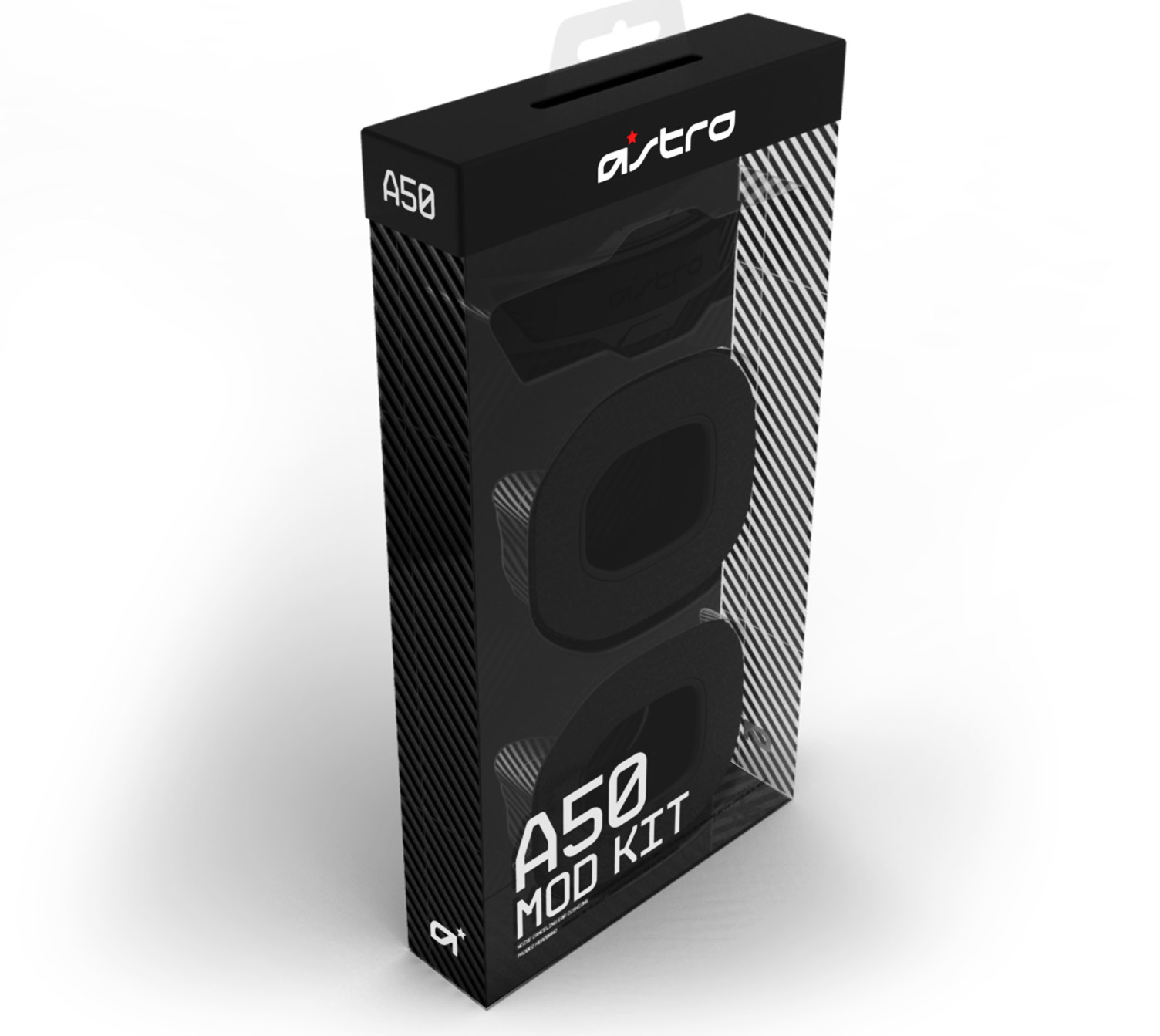 So while I have to wait to use the final versions of the headsets before coming to a review-level conclusion, after handling the headset, base station, and mod kit, I think nearly all of my gripes with the older A50s have been wiped away. There are even some features, such as the new update-based software upgrades, that push the standard up even higher. 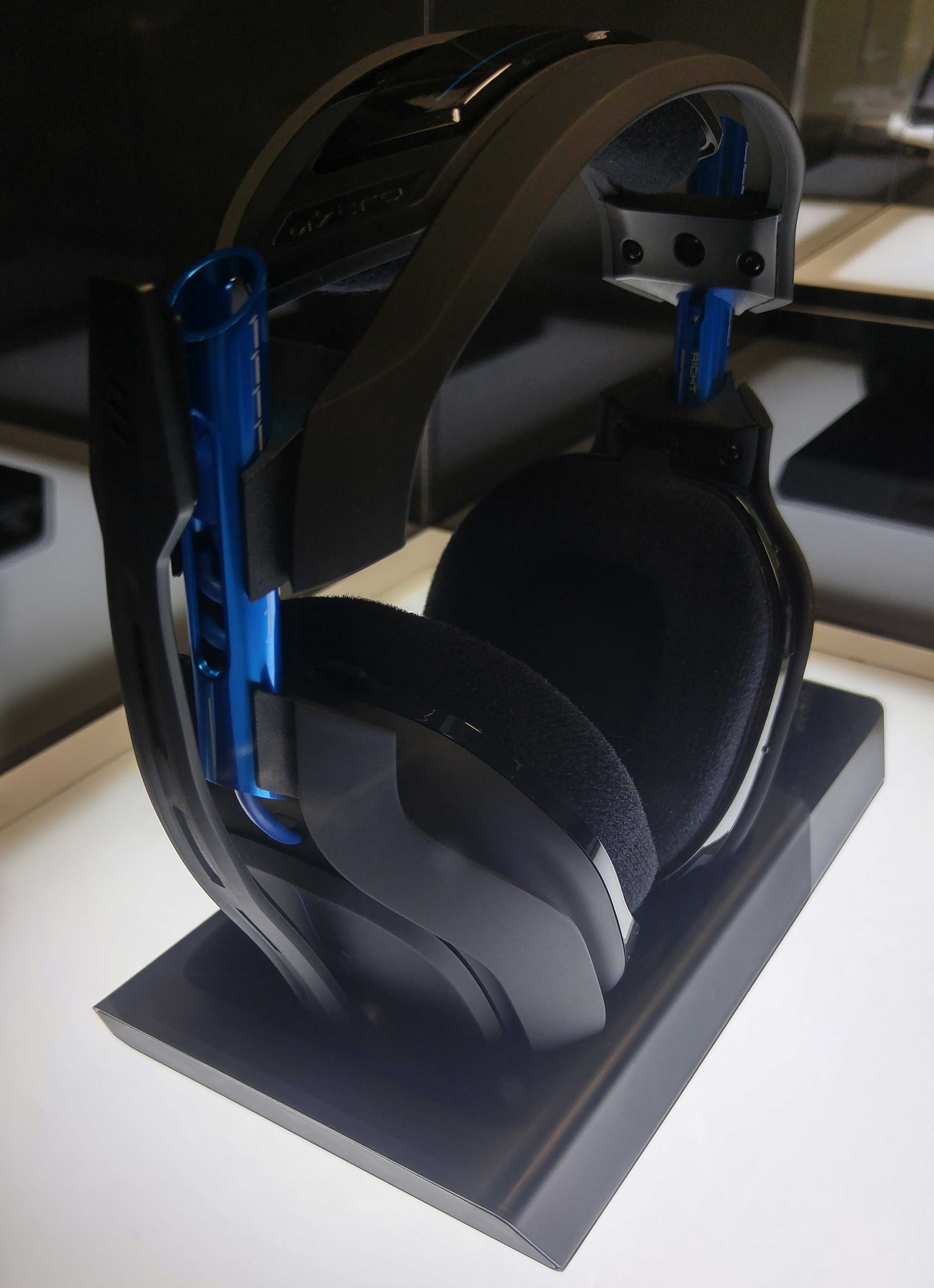 So far, it's a new A50 for the Xbox One & PC (green and grey) and a new A50 for the PS4 and PC (blue and black), and a noise-isolating Mod Kit, all of which I've found to reflect the ASTRO flair for impressive design. I would think that there will be one at least one special edition variant of the new A50, possibly HALO themed, on the horizon. Still, the announced designs are, I believe, going to be the best ASTRO headsets to date when they are released this fall. Even at $299.99 per headset, these are like to be a hot item for anyone looking for a wireless headset to go with their PS4, Xbox One, or PC. 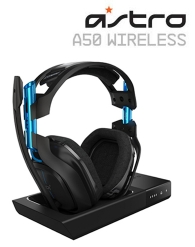 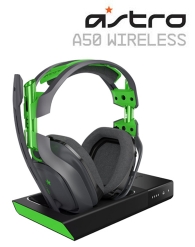 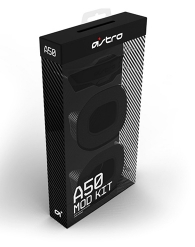