The Oculus Rift Is Finally Ready for Prime Time

January 6, 2016 was a big day for Oculus. The consumer version of the Rift became available to preorder, and with that came several key details. The release date is March 28th, and the price is $599. Included with the rift is the headset, sensor, Oculus Remote, cables, and a Xbox One Controller. Also included are two launch titles, 'EVE: Valkyrie' and 'Lucky's Tale.' What's not included in the price is the Oculus Touch, which isn't expected until later on in 2016.

The price is a significant detail, especially in terms of adoption. After all, a decent PC by current standards is needed to make the Rift go. But even ponying up for an Oculus Rift-ready PC and Rift doesn't entitle the buyer to the Touch part of the equation It's just a preorder option that is included. Beyond the price and included bits, however, the Rift can safely be considered consumer-ready. 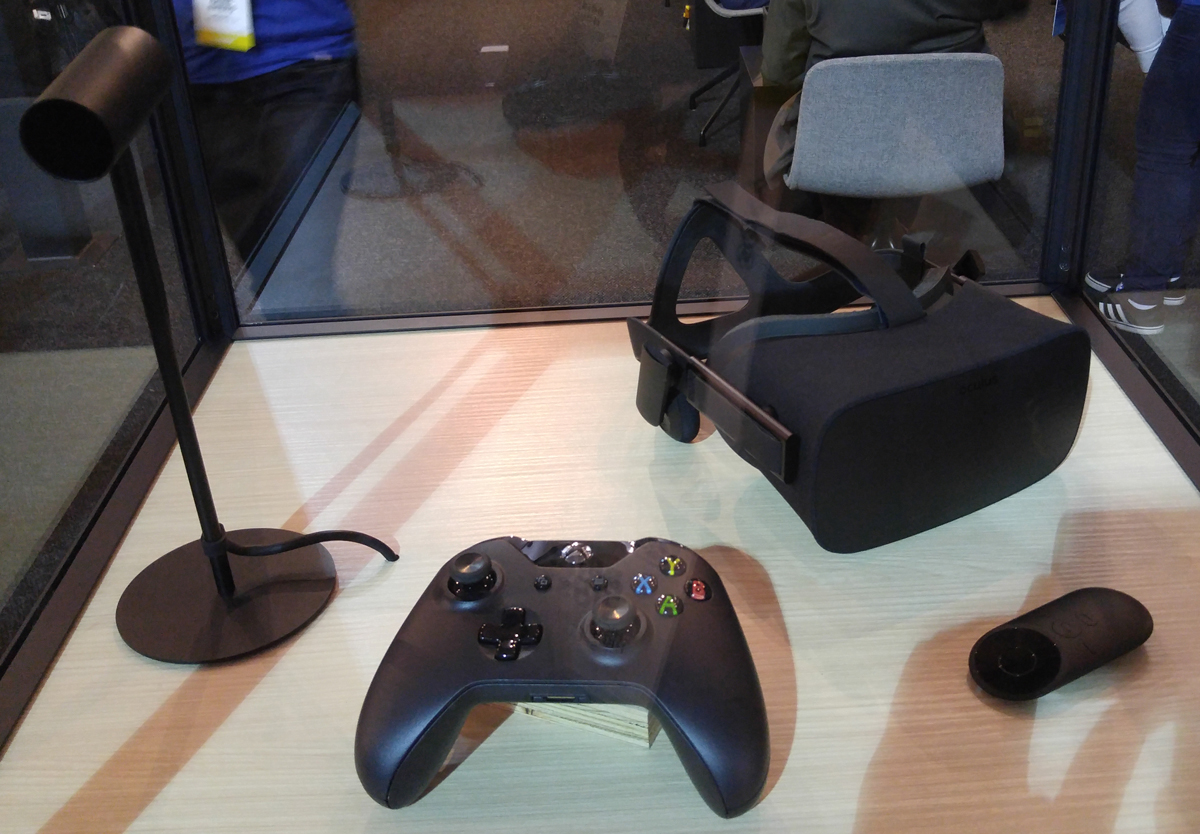 Via an Oculus demonstration at CES, I was able to test out four games, 'EVE: Valkyrie,' 'Lucky's Tale,' 'AirMech VR,' and 'Edge of Nowhere.' While I've had a personal kit for years, and have had of plenty of prior demonstrations, this was the first time that the Rift felt up to a standard on par with a new gaming system. Of course, all of these titles are controlled via the familiar Xbox One controller, and with the exception of 'AirMech VR,' the games all felt like natural extensions of their various genres.

To be clear, that isn't to say that this was a better experience than delving through all of the incredible games, mods, and other content pieces created in the community thus far, but having a small library (nine) of fleshed out games to pick up and play carried with it that feeling of a new game platform.

With the traditional controller so integral, that leaves the sensory inputs of eyes and ears to shoulder the load of purpose. That is, a 3D 360 degree camera controlled via my neck was what set the experience apart. This is well-suited to the dog-fighting of 'EVE: Valkyrie,' and yes, the controller made piloting accessible. In the very colorful 'Lucky's Tale,' I found the way the camera pans to be such that the 3D perspective is heightened, and yet, I was able to platform in 3D like it was second nature. It's a feeling not dissimilar with the first time I played 'Super Mario Galaxy.' 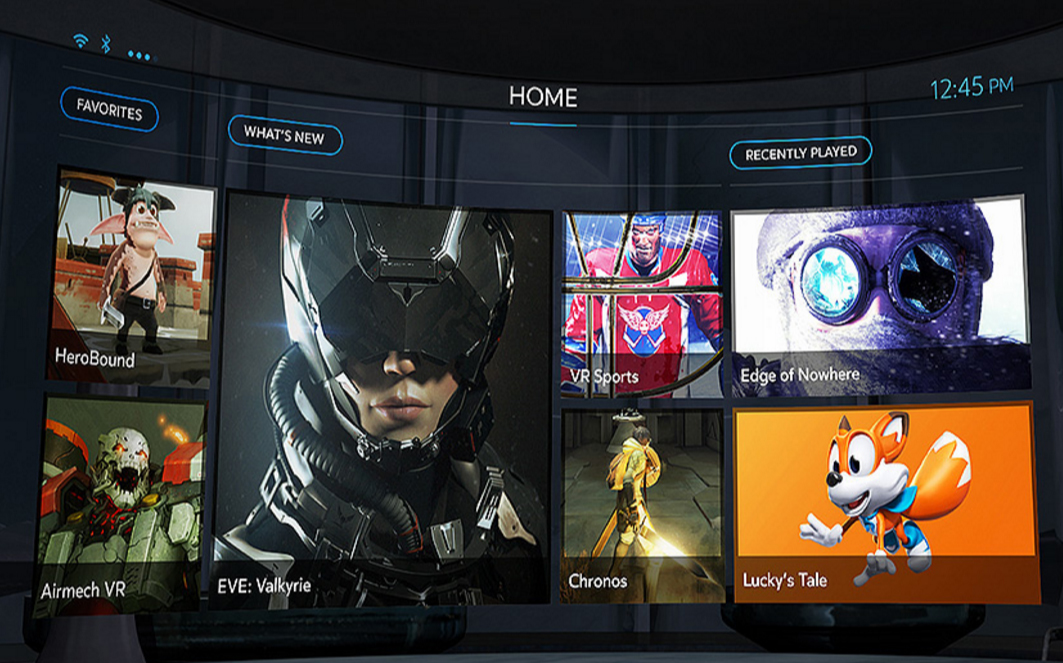 The more serious (and snowy) 'Edge of Nowhere' provided a similar effect. (Those icy peaks can easily touch off a slight sensation of vertigo, but in a good way.) It really left to me wonder if 'Rise of the Tomb Raider' could be made more exciting via the Rift. In contrast, 'AirMech VR' seemed to almost be pushing more towards augmented reality.

When I later took in nightclub concert via the Samsung Gear VR, I couldn't help but think that the setting could be adapted to the Rift and made playable. Imagine the club scenes from 'Collateral' (or 'John Wick' or 'The Chappelle Show,' etc.), and having/getting to navigate through the glitzy crowd.

Video content has its own grand importance. Both with video content and with any kind of marketplace or library, the new remote should, much like the controller, ground the user with a strong element of familiar interface. Getting the product adopted in useful ways is the Trojan horse method that VR needs. Baby steps can be big.

While not a guarantee, the Rift is obviously closer than ever to offering the casual end-user several fun experiences that should feel unique, and at the same time, the Rift ought to continue to be hardware that enables a community full a dynamic content. 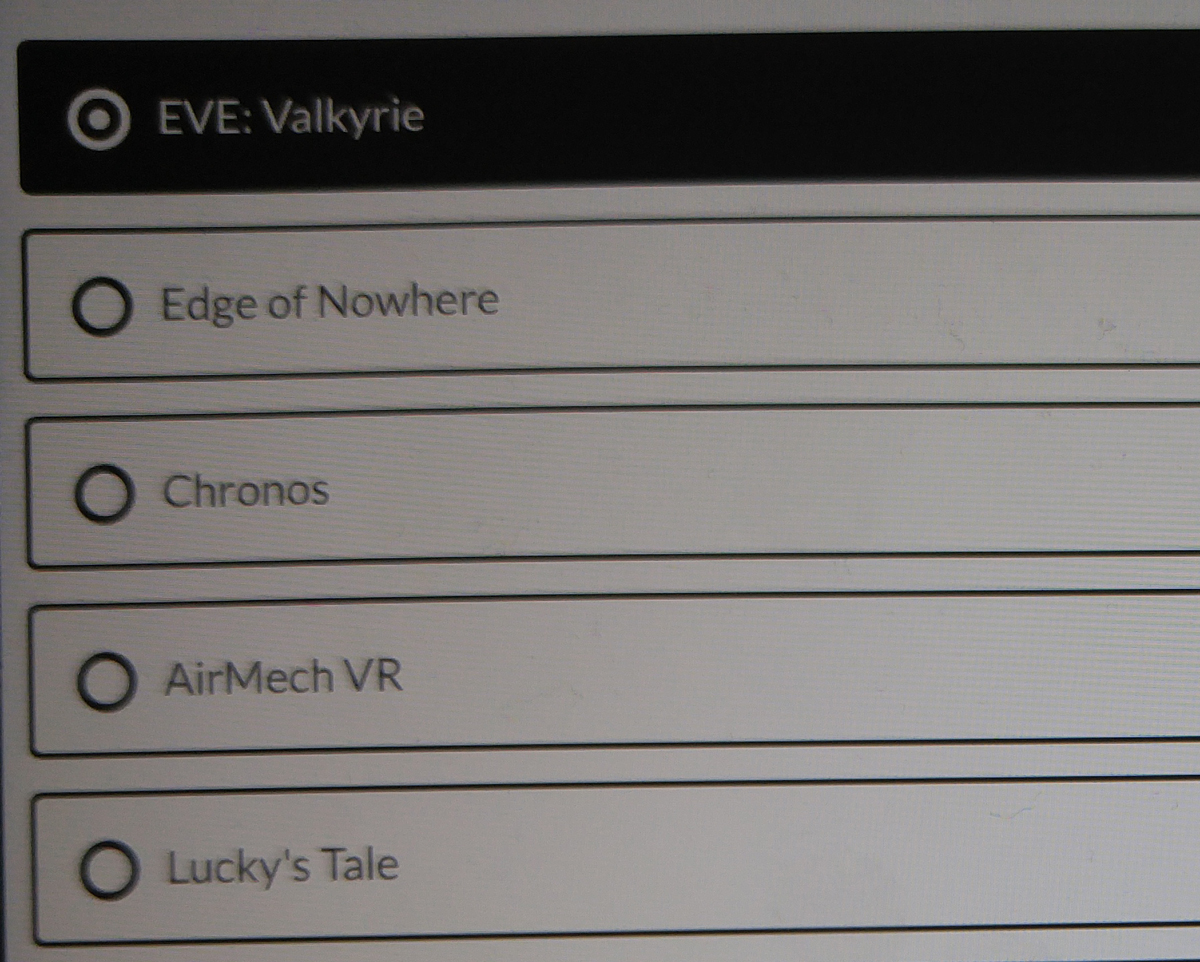 This impression exists separate from any concern over basic set-up troubles. (I mean, can the casual end-user be counted on to handle setting up two monitors?) Hopefully, the Rift ready PC app (see here) will help with some of that. Still, when this consumer Rift is in place, the experience of titles to play and try and marvel at (launch day fun) will at the very least be on par with the debut of a new gaming console.