'Call of Duty' Takes on PlayStation VR with the 'Jackal Assault'

There's a lot going on at the Call of Duty XP 2016, not the least of which is the debut of 'Call of Duty: Infinite Warfare' multiplayer mode (see impressions here).

But at one end of the crowded lot outside The Forum in Inglewood, CA, there sits a set of cargo containers. Within those cargo containers is the first 'Call of Duty' virtual reality content. Based off of the Jackal fighter spacecraft in the upcoming 'Infinite Warfare,' this 'Call of Duty' VR experience uses Sony's PlayStation VR headset to replicate the Jackal's cockpit.

There is a bit more to it as the demo stations at CoD XP 2016 uses an actual multi-screen cockpit layout, a DS4 controller, and a force feedback chair to compliment the PlayStation VR headset.

One cargo container contains a passive video briefing, notable for the mannequin-looking pilot model immediately adjacent. The themed briefing explains the simple controls. Using analog sticks, the thrust, direction, and lift of the Jackal are controlled. L1 does a roll, R2 fires the gun along the ships axis while L2 operates the lock on and fire for the missiles. Naturally, the VR headset controls the point of view, but it also controls the aiming reticle for the missiles and for the scanner. 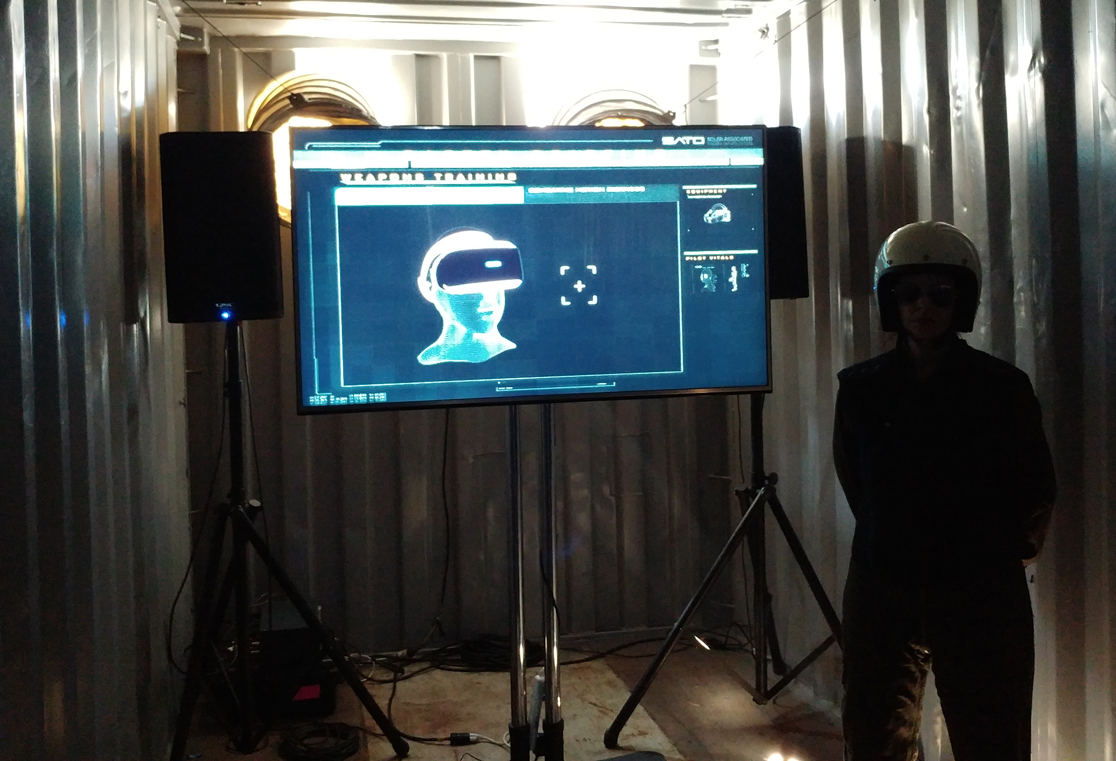 The demo starts pretty casually, launching the Jackal and then going on a simple check the space carriers for damage and destroy some debris mission. Of course, things get hairy when an onslaught of enemy SATO spacecraft attack. This is where things get good.

Piloting the Jackal is very natural. It's almost arcade-like, and I imagine that this control ease will be found in the game's proper single player. Here in VR, it's one of the best VR demos I've ever done. The hardware is really dialed in (a rarity for demos), but more to the point, aiming with my eyes, which I've tried to do in countless other VR applications, worked great. 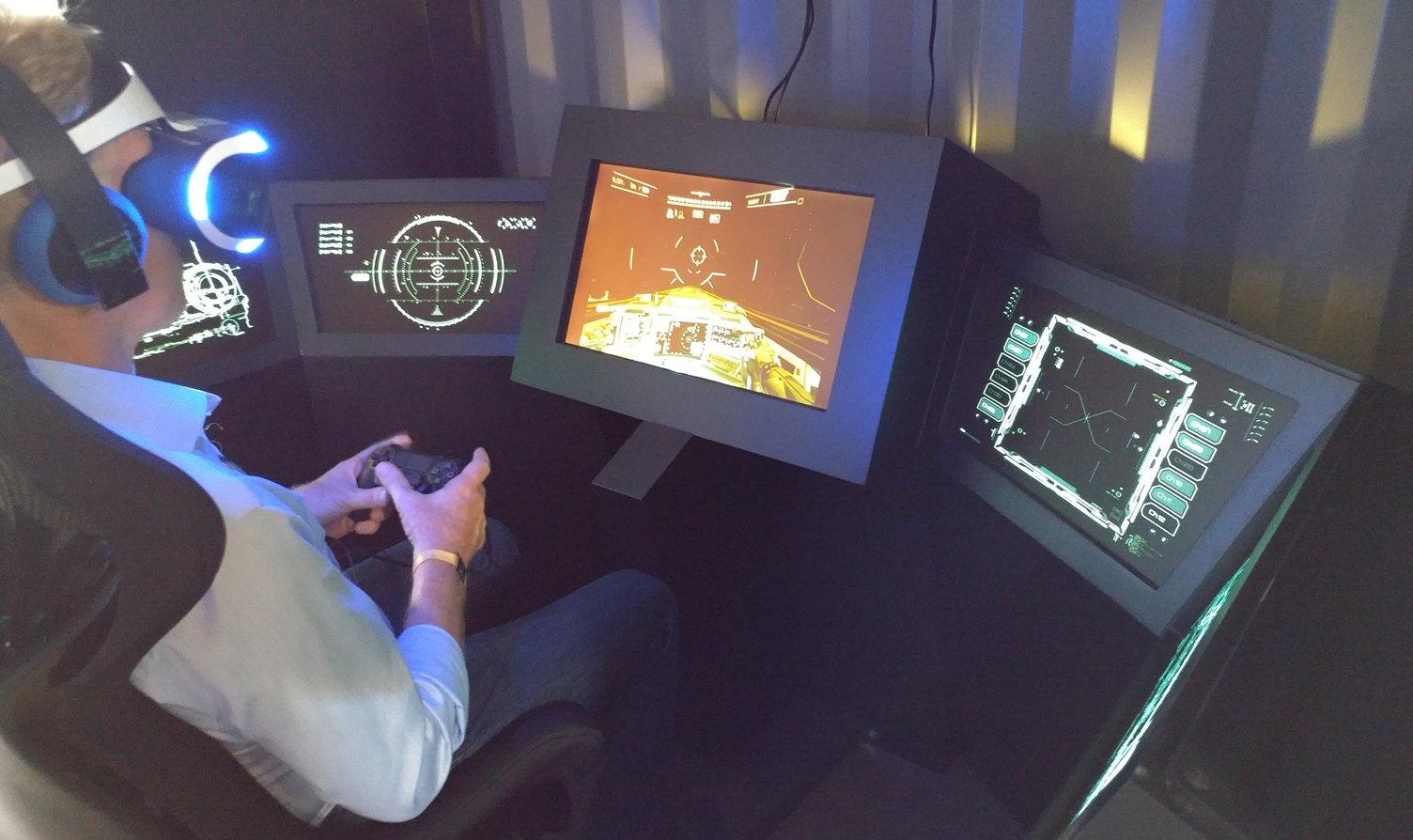 In just a few minutes, I found and destroyed 36 enemy spacecraft. (I bet double that is possible.) The demo culminated in a focused attack on an enemy destroyer. I wound up flying right into the beam of a massive energy weapon, and this brief look into the abyss was as promising in terms of space fleet combat as anything I've yet seen in 'Infinite Warfare.'

So having such a fun, if brief peak at what has been created with 'Call of Duty' and PlayStation VR, I'm left asking, just what's next? Activision announced today that 'Jackal Assault' will be available come launch. But I can't imagine that this will be the only 'Call of Duty' VR experience.