Pick your Combat Rig, Loadout, Perks, Traits, mode and then get ready for the 'Call of Duty: Infinite Warfare' multiplayer mode.

Yesterday, following a detailed briefing that got way down into the weeds so to speak, I did just that, and then played through a mix featuring three of the game's 17 multiplayer modes. I was immediately drawn to the Stryker Rig class with its Gravity Vortex Gun and Trophy Drone trait. (I like the idea of a drone protecting my back.) Eventually though, after trying out several other rigs, like the familiar Warfighter and the stealthy Phantom, I settled on the Synaptic as my immediate favorite. (FTL and Merc are the two other Rigs.) 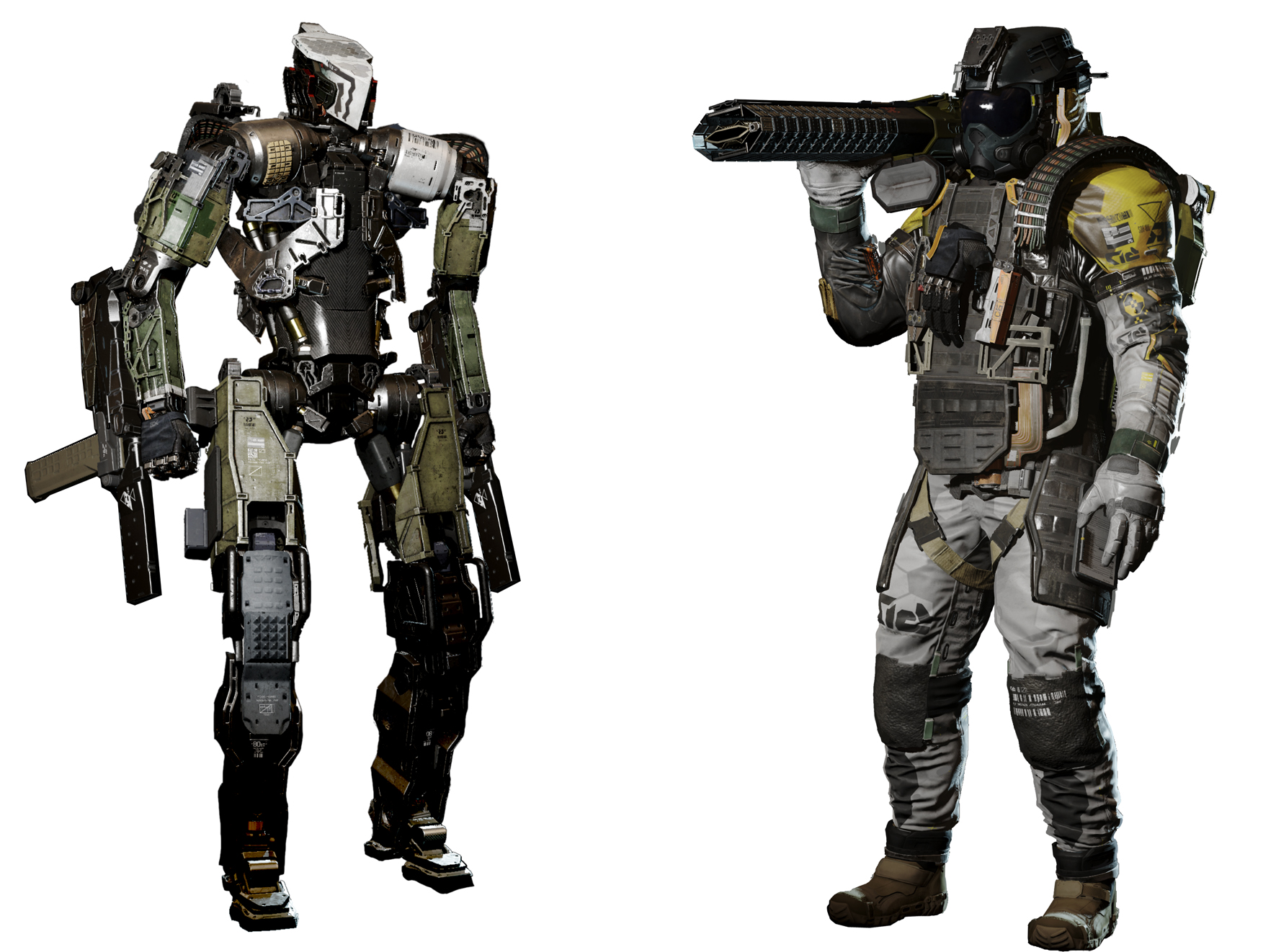 Not only does the Synaptic look cool as it's basically a sleek robot with transforming arm guns, but it has a Trait that allows it to get faster following each kill. Seeing the speed boost displayed by other Synaptics, I knew I had to try it. Being faster, like a scout, but not weaker is a big draw in this newest 'Call of Duty.'

And that is probably the rub of 'Infinite Warfare.' Much of the core of 'Black Ops III' multiplayer is here. The wall-running, guns up movement, and special powers fit the futuristic setting while at the same time the modern warfare core remains. This is evident in how there are two distinct varieties of weapons. There are ballistic weapons with a new look but which retain a modern feel, and then there are the energy based weapons, which even with their batteries still manage to feel like guns and not like phasers. The Rigs, which are classes which define both special abilities and Traits, are analogous to the Specialists of 'Black Ops III.' But a Rig is both customizable and changeable. Changing Rigs and Loadouts during matches is an important part of 'Infinite Warfare.'

The ability to change these aspects while playing should be a boon for new players, while at the same time, letting pros make adjustments and be more surprising. And surprise is what I expect most players will feel when they and a teammate or two are sucked into a gravity vortex, or else, have to move through a team worth of zero G floating bodies.

Amazingly, 'Infinite Warfare' has players throwing out Tactical and Lethal items, like the awesome Biospikes, using their left hands. The point there being that this is even an even more guns up type game as throwing a grenade can be done while aiming a weapon.

Naturally this affected Team Deathmatch, but it was even more important in Domination, as taking and holding those A, B, C points saw a lot throwing and tossing support items out.

One of the new modes, Defense, made for a frenetic experience. It's all about drone control. Grabbing the ball grants one team control, but it's not that simple. Matches saw players throwing the ball at the opposing team just to make the recipient grab it, lose their weapon (as a carrier) and then get shot. 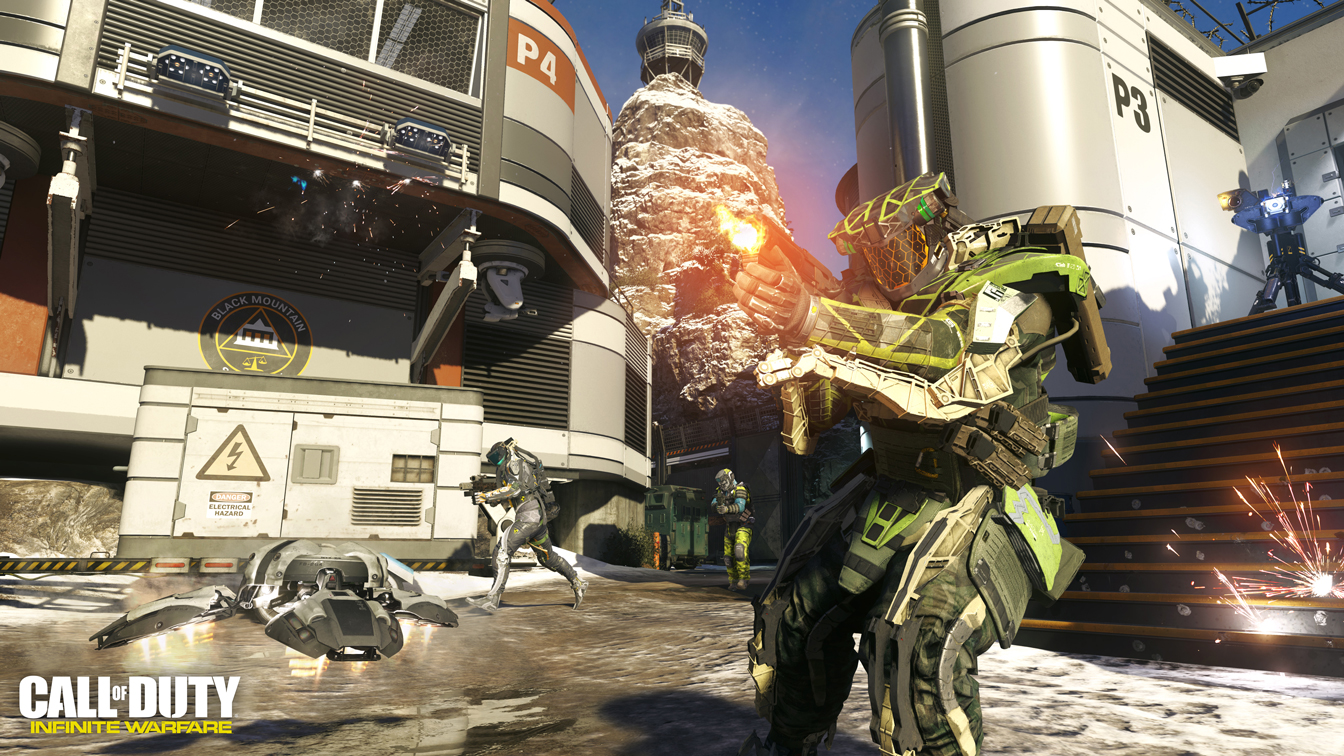 The Breakout map, which takes place at some craze height on Earth in a mountain top installation, is probably one of the more conventional settings. One idea with 'Infinite Warfare' was to make maps that take CoD players to radical new venues (like say Jupiter's moons). The new 'Terminal' map, which is now space shuttles on the moon, saw some real carnage as the in-shuttle corridor was a take-all-comers grinder. Compelling players into face-to-face to combat must have been an important part of the MP design. I can tell in the maps and in the gameplay. 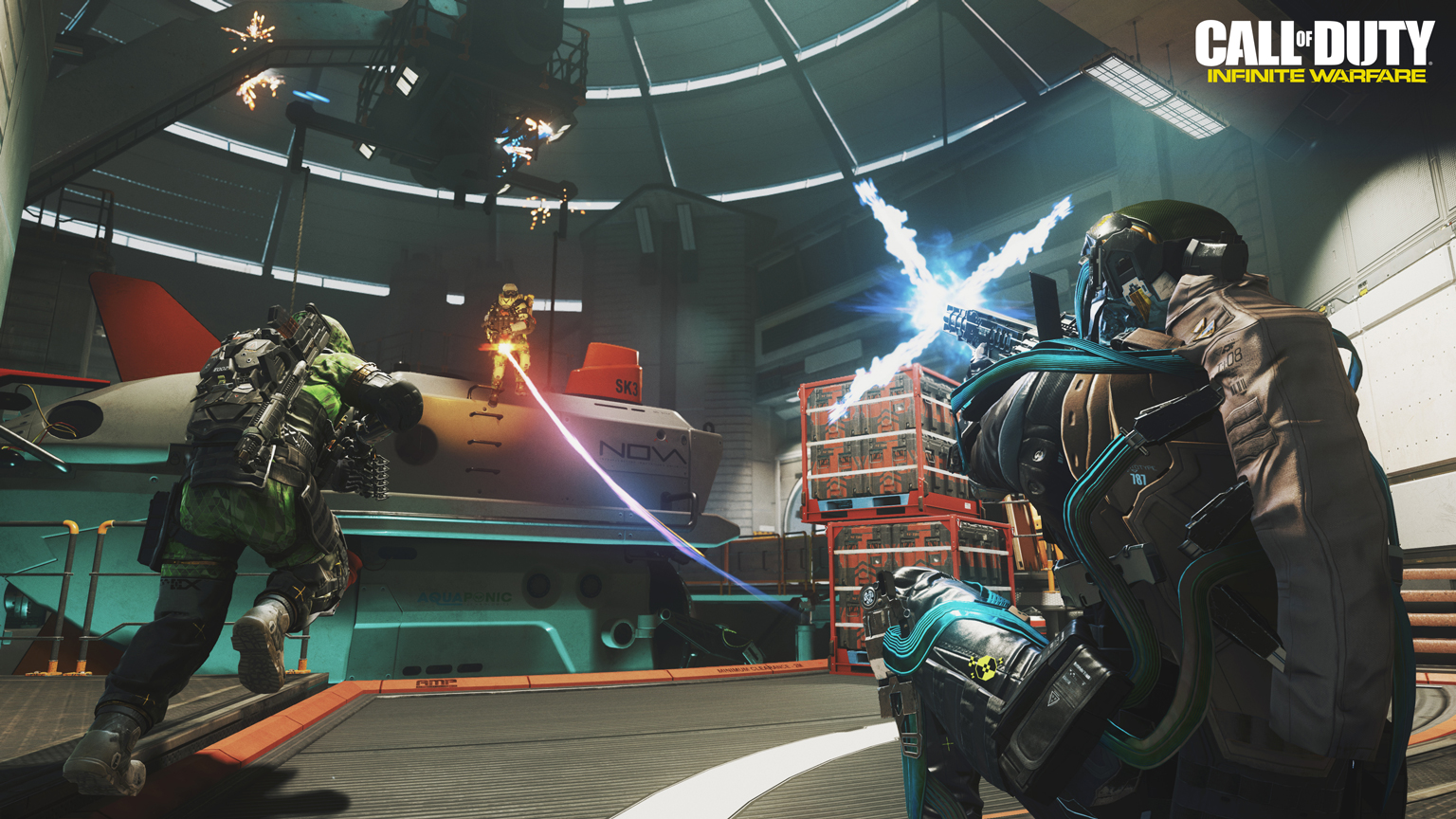 The special abilities seem to charge a bit slower than 'Black Ops III' but they nevertheless come into a play often enough. (Too often for some I wager.) At first, I was getting smashed by mechanized riot shields and fearing a canine style take down, but these close quarter specials, of which there are quite a few, can be side stepped by even the most hesitant player, and the results of dodging such an attack and then taking that special-using player down are not to be missed. The ranged specials, in comparison, require accuracy to hit. And if the Call of Duty XP 2016 is any indication, the PS4 and DS4 are the go-to.

This similar but different 'Call of Duty' isn't exactly the multiplayer mode that I would have asked for. (I want Jackals, like in the VR and in the single player. Like some kind of Spec Ops.) But it's already distinct from 'Black Ops III,' and that's after just one day. There is an entire crafting system built into the 'Infinite Warfare' multiplayer that will let players create prototype weapons with unique perks. Earning a Tactical Nuke for a 25+ Killstreak is the kind ability that will get players crafting. (Speaking of streaks, watch out for that RC-8 pilotable 8' killer robot.) 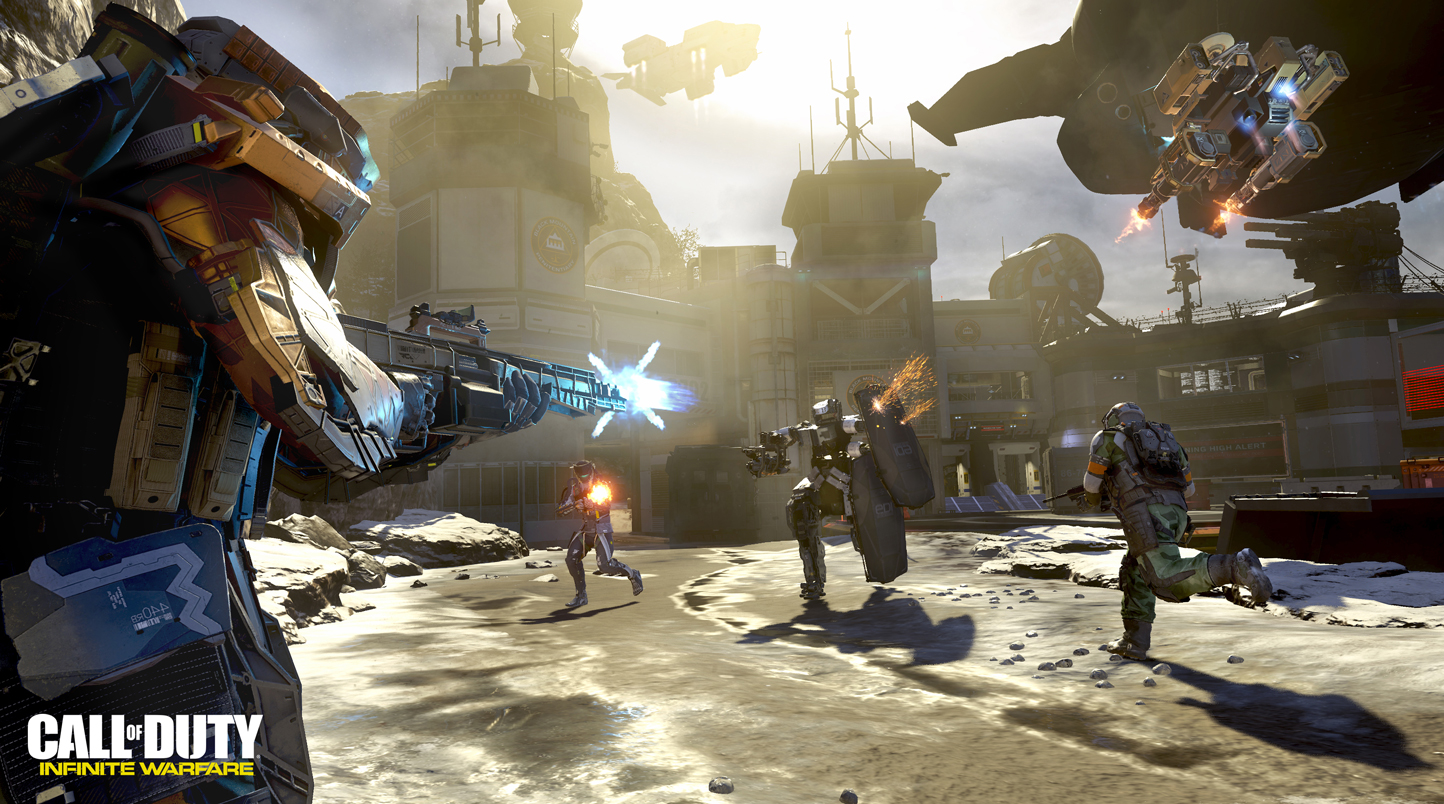 When 'Infinite Warfare' goes public, it'll be easier to discern if the speed and action will really fall in line with 'Black Ops III,' or stand up well on its own. The new Rigs, maps, modes, traits and so on would seem to make that different feeling accurate. For now, I welcome what does appears to be the natural evolution of 'Call of Duty.'