Link is Only One of Many Playable Characters in 'Hyrule Warriors'

Impa, Zelda's protector over many incarnations, is playable for the first time ever.

Nintendo dished out some new details of the upcoming Wii U exclusive 'Hyrule Warriors,' a unique collaboration between Nintendo and Tecmo Koei, developer of the 'Dynasty Warriors' series. Though the gameplay is almost entirely of the 'Dynasty Warriors' brand, pitting one against many in a hack 'n slash marathon, everything else – characters, mythology, setting, abilities - comes from 'The Legend of Zelda' series.

Naturally, that means Link is a playable character, but in 'Dynasty Warriors' tradition, he's not the only one. Though many characters can be unlocked over the course of the campaign, Impa, loyal servant to Princess Zelda over many incarnations of the series, is the only other announced playable character thus far. Players can also upgrade weapons and craft badges with rupees and other materials 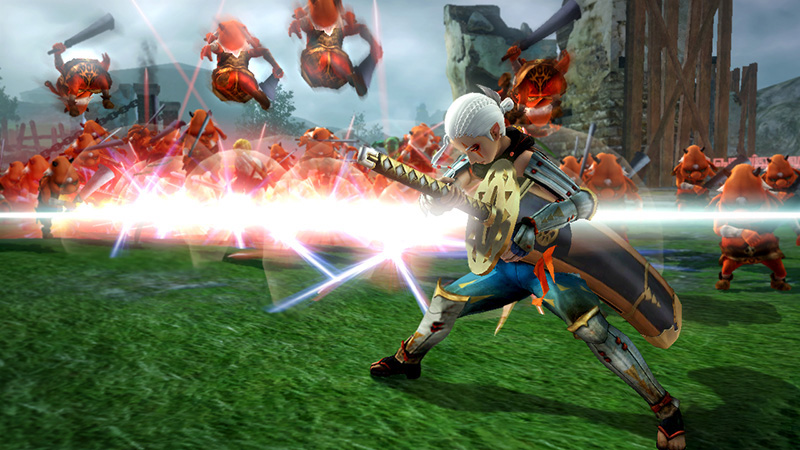 As for the story, "the delicate balance of the Triforce has been disrupted, and Hyrule Kingdom is once again being torn apart by a dark power, this time lead by Sorceress Cia," according to Nintendo.

Also, according to a Famitsu article translated by Siloconera, the game will feature GamePad-centric multiplayer, where one player uses the TV while the other backs him/her up on the GamePad. Famitsu announced an Aug. 14 release date for Japan, though nothing of the sort has been announced for the U.S. The U.S.-based 'Hyrule Warriors' page simply lists the game for 2014 and, notably, claims the number of players for the game as "to be determined."