How 'Hyrule Warriors,' the In-Between 'Zelda' Game on Wii U, Fits Into the Grander 'The Legend of Zelda' Franchise

Nintendo is calling an audible on 'The Legend of Zelda' franchise for the Wii U.

People want a core, gigantic, mind-blowing release, and Link's glorious HDification is absolutely on its way sometime in 2015. But not soon enough. Cue a line shift in the form of 'Hyrule Warriors,' releasing later this year, a crossover title painting the world and characters so beloved in the 'Zelda' franchise into the frantic and violent gameplay of 'Dynasty Warriors.' 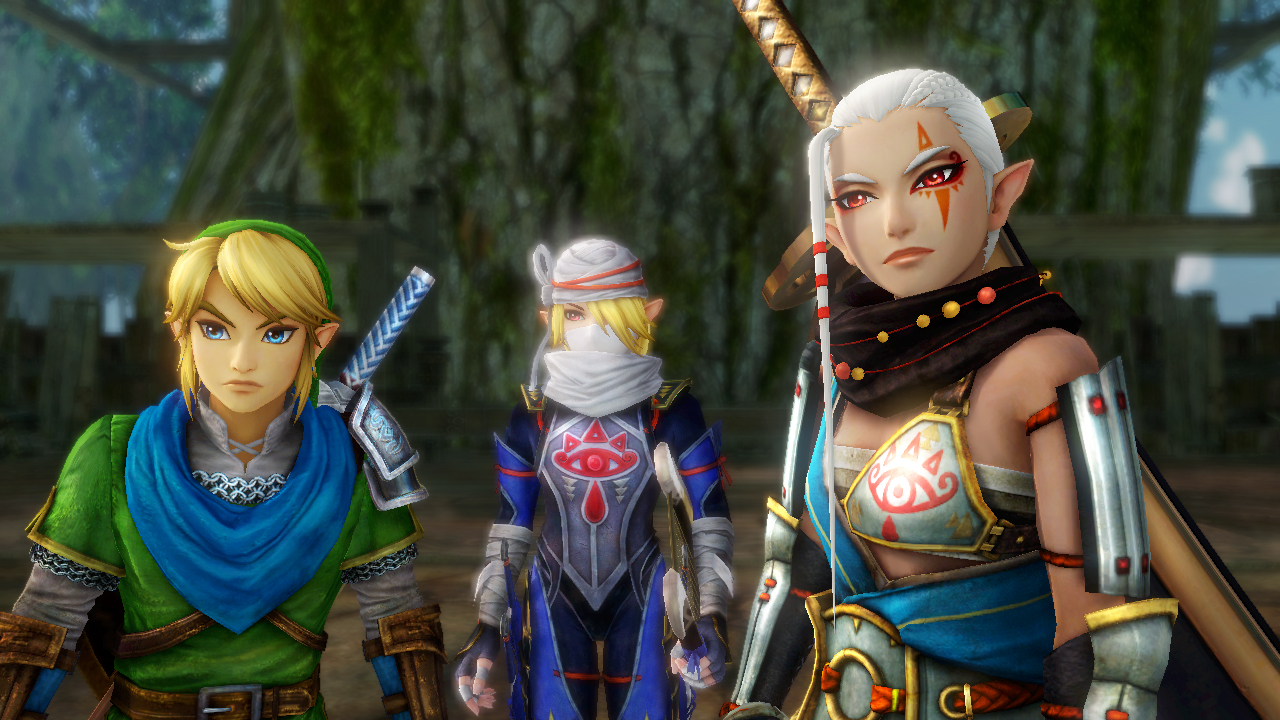 For awhile, disparate footage, reveals, and demos have shown off the massive roster of playable characters and a scattershot image of the gameplay. Nintendo fixed that last week with a 'Hyrule Warriors'-focused Nintendo Direct, laying out almost exactly how similar this game is to past 'Dynasty Warriors' games, and how much it borrows from the more important franchise, 'The Legend of Zelda.' My resulting impression is a newfound confidence in my ability to enjoy the game, but very little of that confidence has much to do with the second-to-second combat. Let me explain. 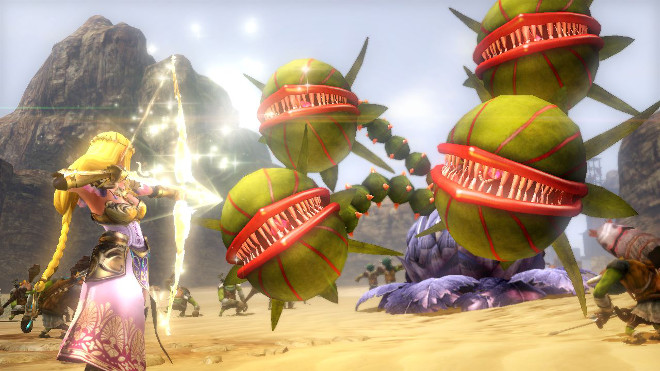 Before the Nintendo Direct, I knew one thing. Being a local cooperative game, preparation for the impending release of 'Hyrule Warriors' requires the unique effort of finding someone, in close proximity, to play with. Few new releases outside of the Wii U tend to do this. It's a benefit but it's also a bit of a chore, so I started out the way Nintendo did: exploiting nostalgia. I gathered a host of video clips to present to my 'Zelda-'initiated friend, hoping he might ignore the fact that it's actually a 'Dynasty Warriors' game. He's a big fan of 'Major'a Mask.' I went with this:

Nintendo was adamant to get the big, horrific moon in front of the eyes of E3 goers this year, and for good reason. It's a great, explosive moment that perforates an otherwise so-so demo. Link, Midna, and Zelda are all showing off their weapons, traversing a lively battlefield, but the combat is mashy and basic, just like a 'Dynasty Warriors' game should be. It isn't the highest rated series on the market, but it's plenty popular. Still, until now I never had any interest in a single one of those games. I still shouldn't, but, of course, I'm a sucker for 'The Legend Zelda.' 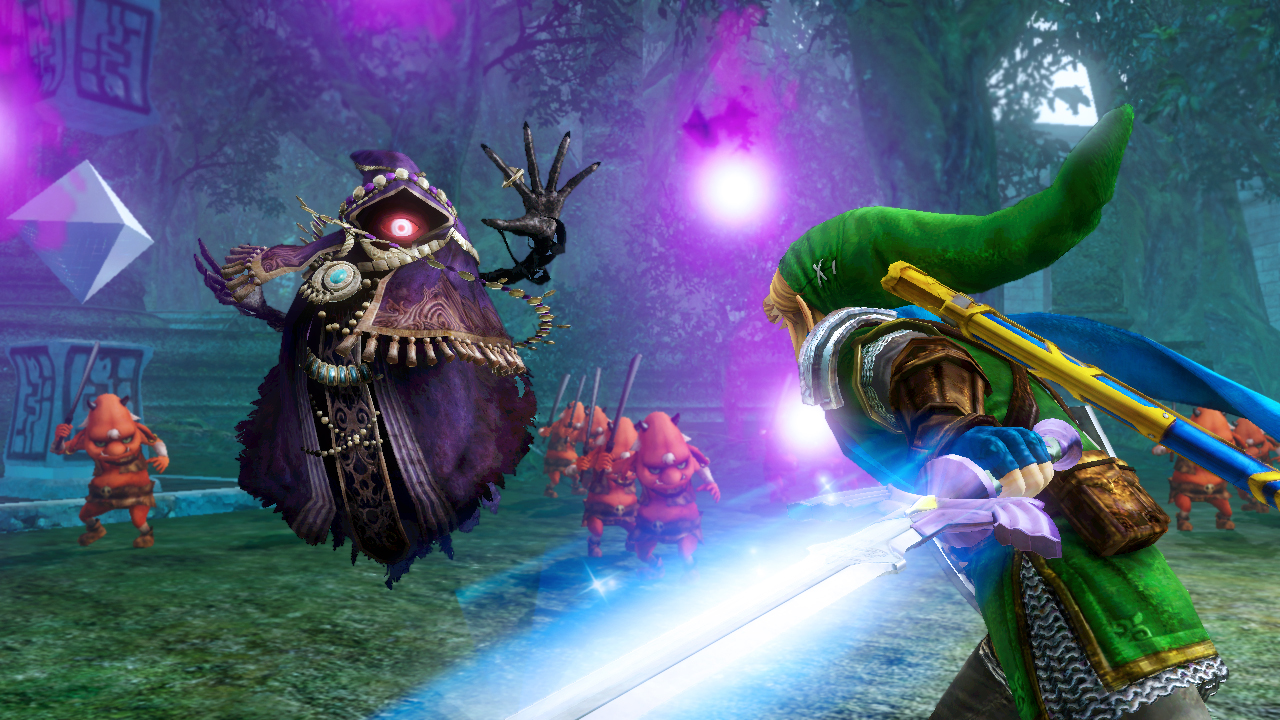 The question remains, is that enough for me and my co-op buddy to get through an entire game of the stuff? I can't imagine a huge payoff in the gameplay mechanics for myself, but I can imagine a payoff elsewhere. Even if I'm not getting a 'Zelda' game, I might be happy with an interactive 'Zelda' history lesson, such as 'Hyrule Warriors' is turning out to be. People throw down cash for books on the topic. Why not a game?

As displayed in the Nintendo Direct, the majority of the game's characters and inspiration come from three core 'Zelda' titles: 'Ocarina of Time,' 'Twilight Princess' and 'Skyward Sword,' each of which sport art styles similarly grounded with an older Link and sprawling environments, perfect for 'Hyrule Warriors.' Emitting a hankering for the cel-shaded, players are getting the most fully-realized versions of Hyrule, in the muted darkness of 'Twilight Princess,' bountiful color of 'Skyward Sword' or baseline brilliance of 'Ocarina of Time.' Even the villains from those games – Ganondorf, Ghirahim and Zant – will be playable in this 3D brawler. 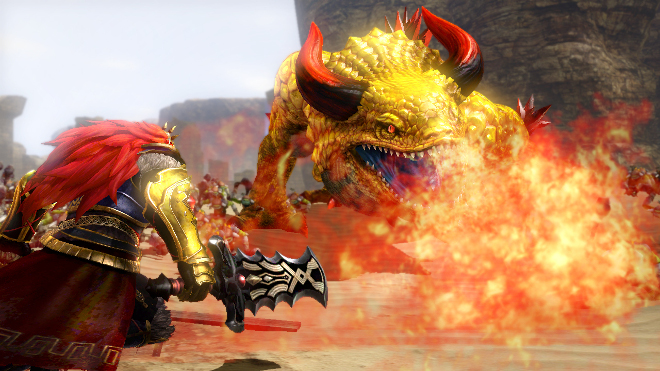 What that translates to in-game is an almost endless parade of highlights from 'Zelda' games past, enunciated by no doubt viscerally satisfying, if pretty straightforward, melee combat. Running around the battlefields, you'll find iconic items such as bombs or arrows to take down similarly recognizable bosses, simply plopped into your view when the time comes. Magnificent Bombchus devour groups of enemies. You pull the 'Majora's Mask' Moon out of the sky.

Nintendo is throwing in a host of artificial video gamey elongations, no doubt an extension of how 'Dynasty Warriors' makes the argument for continued play. The roster of unlockable characters mirrors the way 'Super Smash Bros.' enlivens its own campaigns (the roster itself is a list of lesser known characters called out for 'Smash Bros.'). Upgrading and unlocking weapons throws in the whole incentive aspect. The newly revealed Adventure Mode is basically a secondary campaign, which its own objectives and unlocks. All of this, however, is meant to simply suck you back into celebratory spirit of 'Hyrule Warriors.' 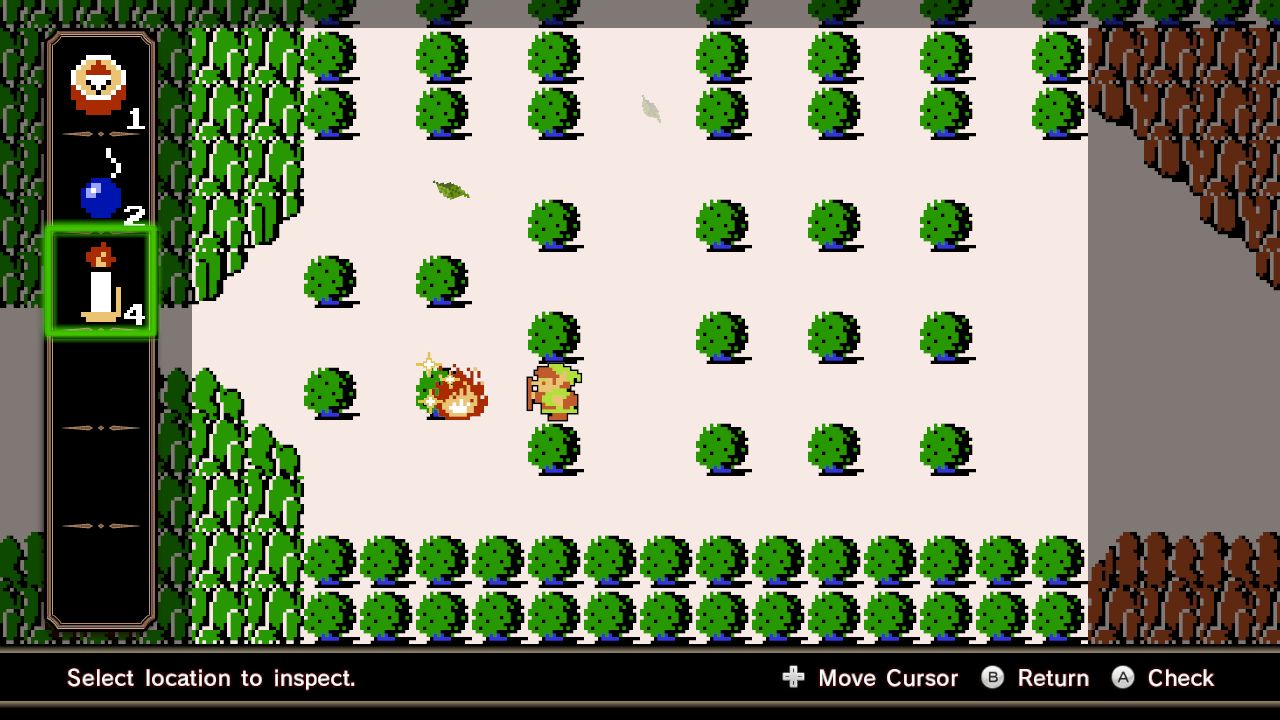 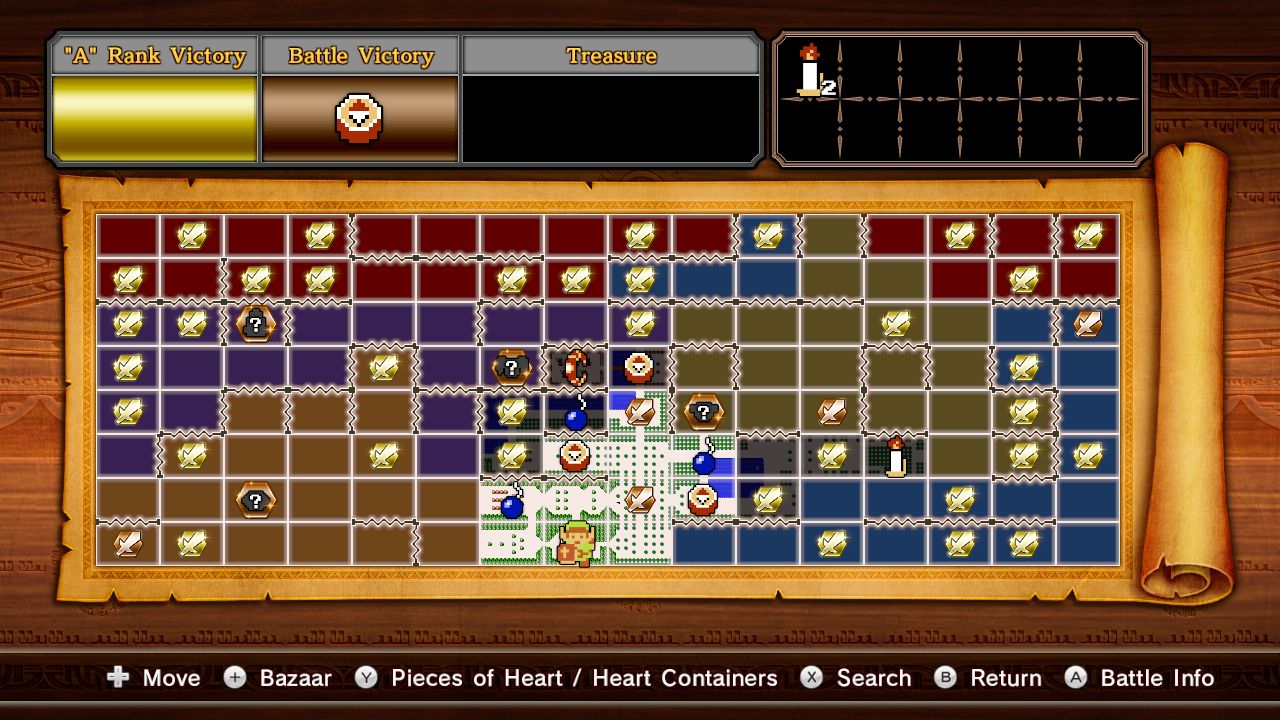 So think of 'Hyrule Warriors' as a Disney ride, emulating the flashy bits of a great animated movie, but never bothering with getting to the heart of it (read: gameplay). There's no reason. People already know the movie, they just want to ride through it for a spell. Now, it seems, Nintendo is broaching on an era where its history of franchises and characters aren't just fodder for gameplay, but for interactive purveyance of its own popularity, much like a reel of Oscar-winning movie clips, much like floating through the story of 'Peter Pan' at Disney World without a care in the world. 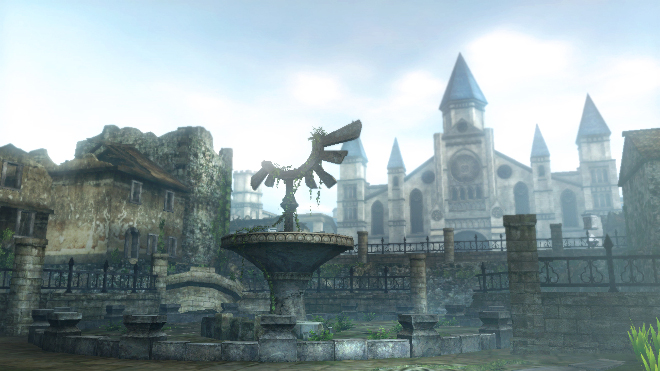 At least, that's how I imagine, with optimism, the primary campaign of 'Hyrule Warriors' to play out. A happily-indulged reminder of the lore and charm while I wait for 'The Legend of Zelda Wii U,' enjoyed with a friend no less.

I am wary of Nintendo overusing its famed franchises as a holdover while they get their financials straightened out. The strategy isn't subtle, nor does it need to be. Turns out these franchises, 'The Legend of Zelda' chief among them, are deserving of continued admiration, in whatever form, as long as it isn't simply a lazy, easy turnaround like the 'New Super Mario Bros.' or 'NES Remix' games. 'Hyrule Warriors' is not that. It's not trying to simply turn out a 'Zelda' game as quickly as possilbe. It doesn't even want to be a 'Zelda' game in the first place. It just wants to shower the 'Zelda' franchise with the same love so many fans do everyday by taking advantage of the massive history of this massive franchise. It would be ludicrous for Nintendo to go on ignoring that oppourtunity. Oh, yeah, and it's also trying to keep the Wii U alive in the meantime. 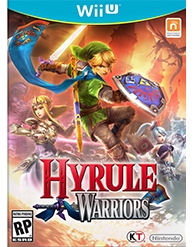