Complete with a 2016 release date.

The creator and cast of the 'Five Nights at Freddy's' franchise are branching out of the survival-horror genre by infiltrating perhaps its polar opposite genre: adorable RPGs.

After being announced back in September, the 'Five Nights at Freddy's' spin-off 'FNAF World' now has an animated teaser that shows off just how stark the tonal shift is between this game and the four horror titles that came before it. Instead of having players tensely avoid jump-scares in dark environments, this game takes the now-familiar FNAF cast and allows players to build their own RPG team in a brightly lit, surprisingly kid-friendly environment. 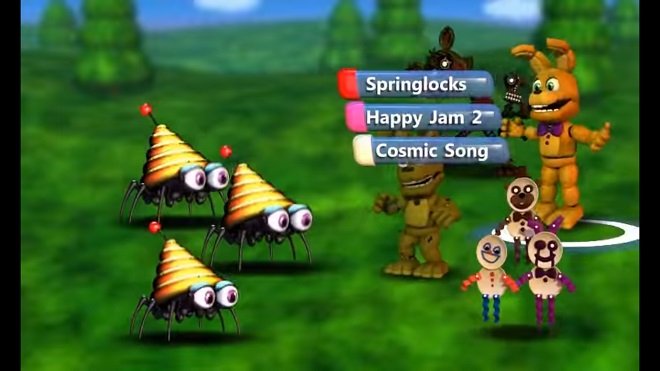 In the original announcement, FNAF creator Scott Cawthon mentioned that the game would be released on PC, Android, and iOS. The teaser trailer's YouTube description also mentions a 2016 release date, which might be a bit long for FNAF fans, who are by now used to getting a new game every four months.

You can check out the teaser trailer below.