For 'ARK: Survival Evolved,' each week is a new chance to top the last (see why here). This week alone, the game will get two new creatures, each with their own special worth as tame beasts. But there's even more happening this week as the new Tribal Warfare Alliance system allows tribes to enter formal states of war, complete with agreed timeframes.

With the formal tribal war (love that phrase), players are encouraged to fight directly rather than just raid an offline enemy. To help get this warring started off right, survivors of these direct attacks "will also find a realistic Creature 'Fur' pass, primitive siege Catapult and a modern-tier Gatling Gun Turret to defend their homes with!"

Now, onto the new wildlife. First up is the Melanocetus Anglerpescum, a giant Angler fish- the largest of its kind. The Melanocetus uses the bioluminescent light pod array that dangles in front of its face to lure in prey, but tamed that same light lure can help players pierce the dark depths. The light pods make the big fish easy to spot, but those same pods can be harvested and used as lights in their own right. 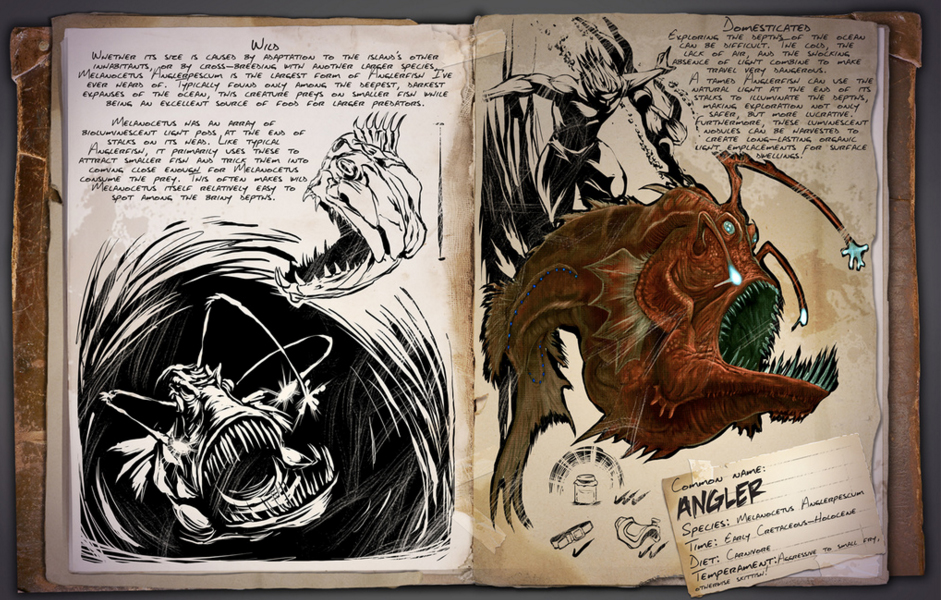 Second, is the fierce but adorable Kairuku Waitaki. This friendly, docile species is ready to become a pet at a moment's notice. It can't fight, but through some kind of special skin blubber property, it has some toughness. Sadly, this tough characteristic means that the would-be pet makes for good armor.

While living, the Kairuku's naturally high body heat can be shared with the player as a way to combat the harsh cold. 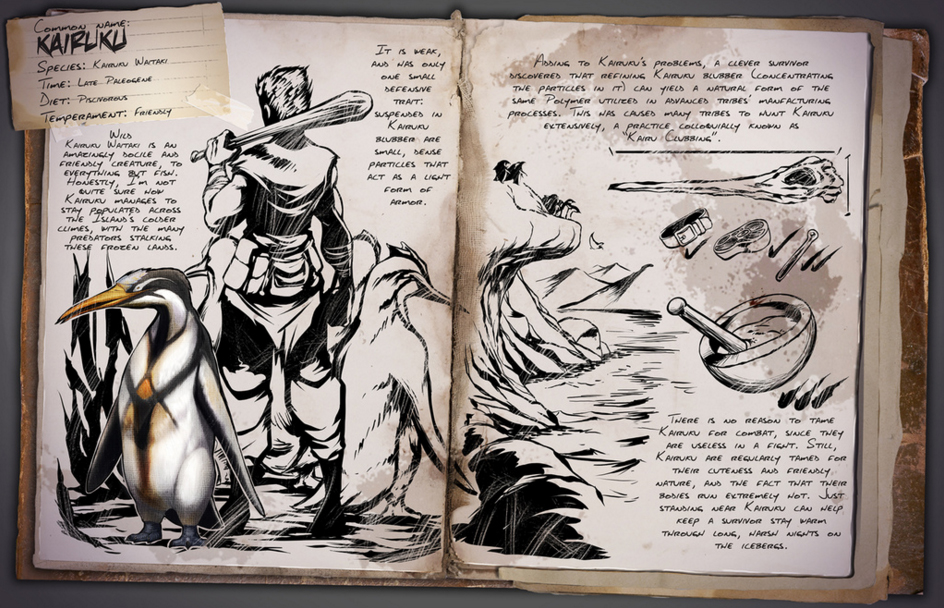