The second of three planned 'Dark Souls II' DLC chapters is hitting all three release platforms today. That's Xbox Live for Xbox 360, PSN for PS3 and Steam, available for $10 or as part of the $25 season pass.

'Crown of the Old Iron King' continues in the vein of the first chapter, 'Crown of the Sunken King,' with a brand new environment and collection of doubtlessly horrible deaths and enemies. From Bandai Namco' press release:

"Go forth now and head over to the PlayStation Network, Xbox Live Marketplace, or STEAM to purchase and download this newest chapter in the unyielding Dark Souls franchise. Players that survived the Crown of the Sunken King DLC are surely brave enough to take on this next arduous journey to explore new environments, vanquish horrid enemies, solve traps, and defeat gruesome bosses. Crown of the Old Iron King features an entirely different environment to conquer compared to Crown of the Sunken King; players will see a world ravaged by lava, heat, and ash and of course… death lays in wait around every corner." 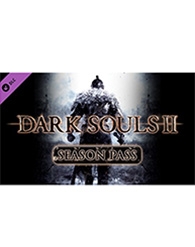