Gearbox, known primarily for the 'Borderlands' series, has teamed up with Gameinformer to unveil 'Battleborn' to the world, a first-person, five-on-five multiplayer game with strong influences from popular MOBAs such as 'League of Legends' and 'DOTA 2.'

The only game mode revealed so far is Incursion, which seems an awful lot like the primary modes in most MOBAs. Five players team up as wildly distinct heroes - the space marine, the elven huntress, etc. - and battle it out amongst NPCs pushing against each other in a tug-of-war of sorts, rapidly leveling up within each match.

Watch Gearbox's Randy Pitchford talk about his team's newest game, cut up with tiny snippets of either gameplay footage or CG-rendered scenes. You be the judge.

"Imagine an archetype you've always wanted to pit against another in a first-person shooter, and that's the dream Gearbox is bringing to life," according to Gameinformer.

Also confirmed is a cooperative campaign, but details on such are scant at the moment. 'Battleborn' will be published by 2K for the Xbox One, PS4 and PC. 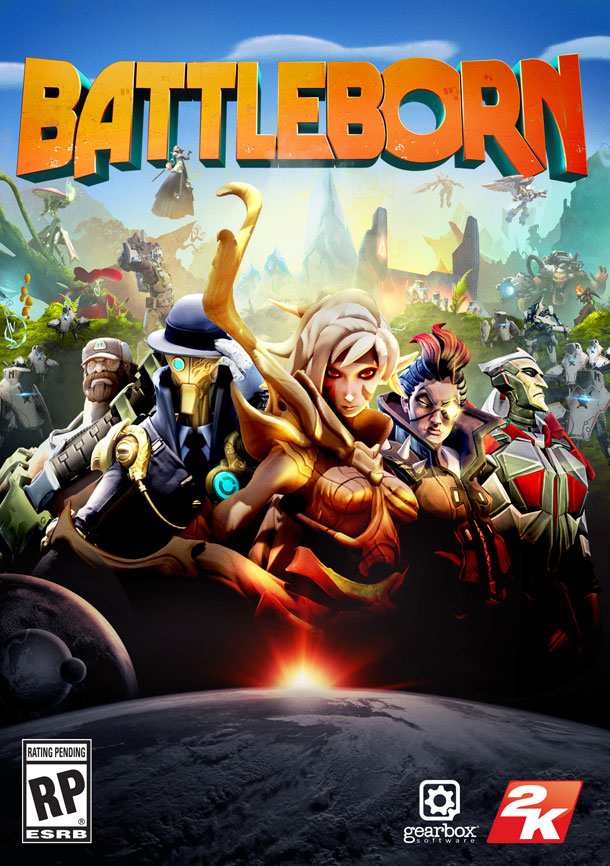 You can find the latest info on 'Battleborn' linked from our Video Game Release Schedule.