Zen Studios getting it done.

I wouldn't consider myself any kind of 'South Park' super fan, but anybody surviving in this world on at least a little bit of deep-seeded irreverence can't possibly go a modern lifetime without at least once winking back to Matt Stone and Trey Parker. When Zen Studios puts out a pair of 'South Park' pinball tables, (due out for various Zen Studios pinball platforms on PS4, PS3, PS Vita, Xbox 360, Xbox One, Steam, Mac, iOS, Google Play and Amazon this week,) that means I respond with an almost courteous "why not?" I could always use a touch of 'South Park' to break up the daily routine. I could always stand to smack a silver ball around while listening to Cartman, Kyle, Stan and Butters repeat their best lines and revisit their best stories.

I also can't think of a better place to do it than in Zen Studio's prolific 'Zen Pinball 2.' Check out that review, which includes analysis of a couple other tables, for a good starting point. 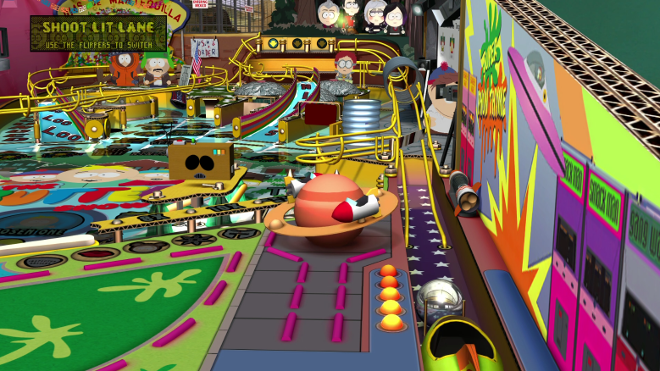 As for the 'South Park' tables, the result is a bit like listening to your favorite standup comedian over a game you've played a thousand times. Neither really surprise you anymore, but together it's a solid afternoon spent.

On initial glance, one might mistake this table for a South Park Elementary official school photo that happens to have a pinball table on top of it. The number of notable faces splattered about, some of them peeking about with an animation complexity comparable to the show itself, is enough to ensure that anybody can find their favorite character. Kenny, Cartman, Stand and Kyle are raised above the rest like golden idol statues. It's hard to argue the approach, but it's also a bit overwhelming to begin. There's just no natural starting point to try and take the whole thing in, a sentiment that extends to the mechanical design of the table too. 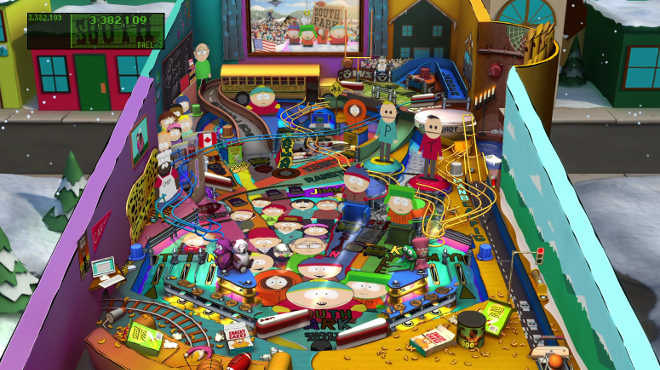 The defining attribute here is stackable modes. In most tables, the immediate goal beyond keeping the ball in play is to accomplish some sort of objective – hit a certain orbit a certain number of times, light up every lane, put the ball in a special location – and then you're tasked with a secondary goal for the big points. The same essentially stands  true for 'South Park's Super Sweet Pinball,' only all of these "modes" are active at the same time, overlapped as much as you want. The initial goal of each mode is to simply light up the letters of a character's name – Stan's by hitting his pocket four times, Cartman's by hitting his orbit seven times and so on – with a secondary goal activated as expected, only the secondary goals are likely to be overhwhelm if anyone who isn't properly managing the field.

On paper, it sounds like a good bit of chaotic fun, but the strategy required isn't all that compelling. Instead of embracing Zen's more successful go-to style – a mission structure – this table is more about simply hitting as many things as fast as possible, reacting to whatever modes have been activated, and taking in all the references at high frequency. As fan service, it's great. As a strategic challenge, it's serviceable to the fan service. Nothing closes down that point more than the superfluous center target: a computer that collects episodes of 'South Park' when it's hit. Collect all 247 and earn a massive score.

So I wasn't too hot on the first table, despite all the wonderful opportunities to hear Cartman's devilish quips. 'Butters' Very Own Pinball Game' is a step up, mostly because it's less concerned with running the reference gamut than turning Butters' adorable personality into a game. 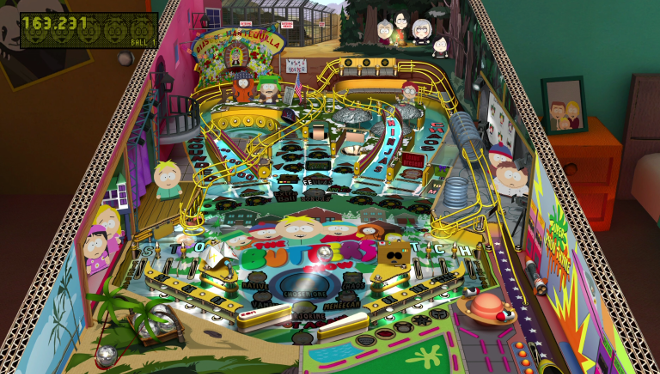 Getting the ball into a circular section in the upper left area of the table in hopes that the ball will hit the many targets lining that circle 50 times (which usually happens on one try) enables you to begin a mission. As with many of Zen's tables, it's in these more complex missions that the team best takes advantage of the license currently at use. In this case, each of the five Butters' mission dress up the little fella in a different costume – his little avatar makes a clothes swap – and engage in a thematically relevant mission. The best of them is the Chaos mission, Butters' villainous alter-ego, which sweeps you off to a completely separate, challenging mini table that requires you to navigate each of its orbits twice to recruit a super team. Elsewhere, you'll take down the ninja versions of Kyle, Stan, Cartman and Kenny, go all goth in Butters' vampire mission and help some Mexicans cross the border.

I'm not saying Butters' complexity as a literary character is going to blow the pants off the 'Zen Pinball 2' joint, but the subtle and not-so-subtle efforts to characterize Butters and his adventures through the game are much appreciated. There's also just a greater sense of variety in the structure, as each mission gets its own moment to shine. The other 'South Park' table never hits this sort of focus, opting to mesh everything together without really highlighting its better parts. 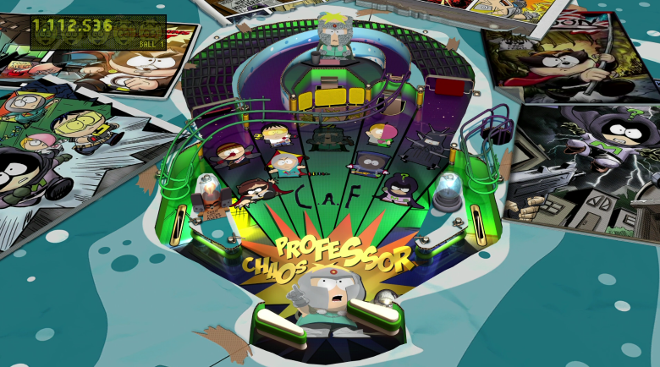 Both tables, though, feature a pretty fun visual style. Instead of only recreating the show's low-budget charm, each table looks like it's been built by a fourth-grader, cardboard cut-outs and tin foil the primary tools of construction. I won't go so far as to say that justifies the first table's gameplay simplicity.

Both 'South Park's Super-Sweet Pinball' and, to a lesser extent, 'South Park: Butters' Very Own Pinball Game' coast pretty heavily on the sheer pop-culture value of its license. On the flip-side, one of Zen's best tables, 'The Walking Dead,' went to great lengths to mirror the actual narrative/decision gameplay of Telltale Games' series in pinball form. Without any sort of overt hook or logical gamification transference, the 'South Park' tables aren't so much lacking in quality as they are comparatively straightforward. But, if you enjoy 'South Park' and you enjoy pinball at its most basic, nothing about either of these tables is going to turn you off.

Bottom line: These tables are perfect for 'South Park' fans who enjoy pinball, but not pinball people who enjoy only a perfunctory relationship with 'South Park' 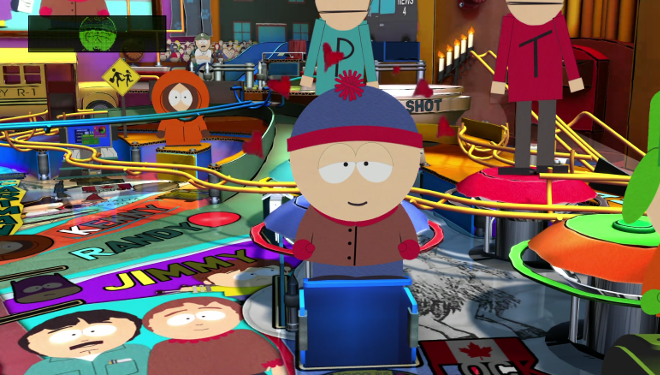