Relive 'The Walking Dead: Season One' in Zen Studio's Latest Pinball Table, Due Later this Month

When Zen Studios puts out a licensed pinball table for its various platforms, you might nod your head in understood expectation. When they do a table based off 'The Walking Dead,' and not just the property but the riotously excellent first season of 'The Walking Dead' Telltale game, your eyebrows should perk up a bit. From Zen's description and screenshots, it seems this table seeks more than just a visual representation of the game. Rather, you're making choices, allowing some characters to live and others to die, and following a storyline, all driven by a silver ball. 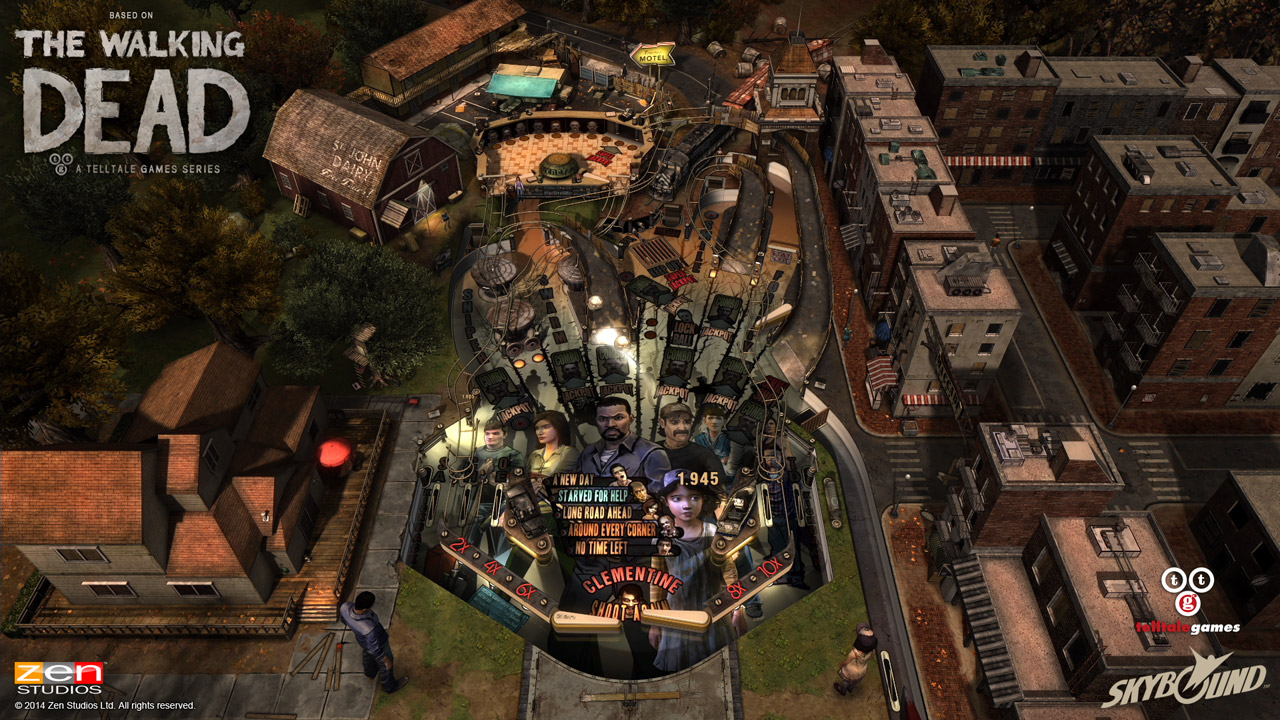 Those familiar with the game will recognize locations in each episode spread around the table. From Zen Studios:

"Zen and Telltale have collaborated closely on every facet of the table’s design, portraying the captivating story and choice-driven gameplay design of The Walking Dead: Season One in a truly exciting pinball experience. The table will present players with recognizable locations like Clementine’s treehouse and Everett’s pharmacy in Macon, down to the walker-infested streets of Savannah, and players will find a breathtaking retelling of Season One that keeps the peril and drama of Lee and Clementine’s story intact." 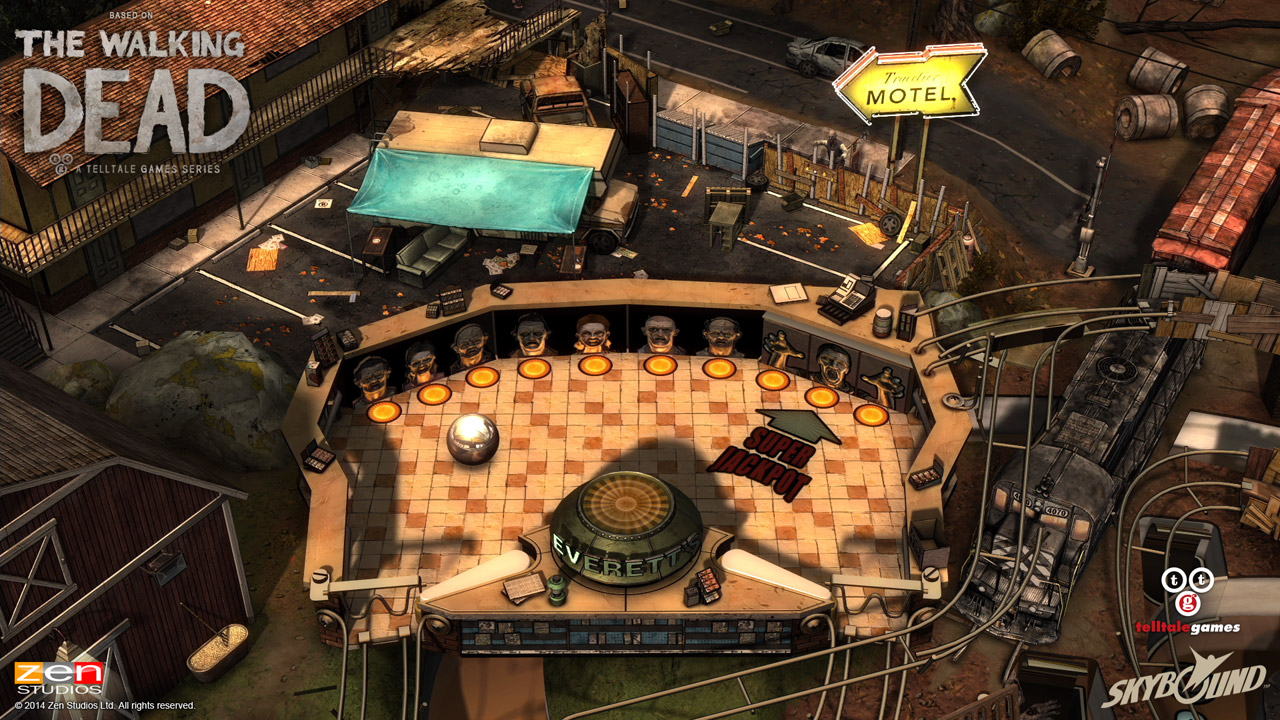 "The Walking Dead pinball table also presents choice-driven gameplay across each of Season One’s five episodes, offering brand new story dialogue from the award-winning cast. Players will be tasked with choosing who lives and who dies in a walker attack, solving problems and raising the group’s morale, hunting down food and supplies, acquiring important tools, and navigating through the herd amidst an oncoming walker breach." 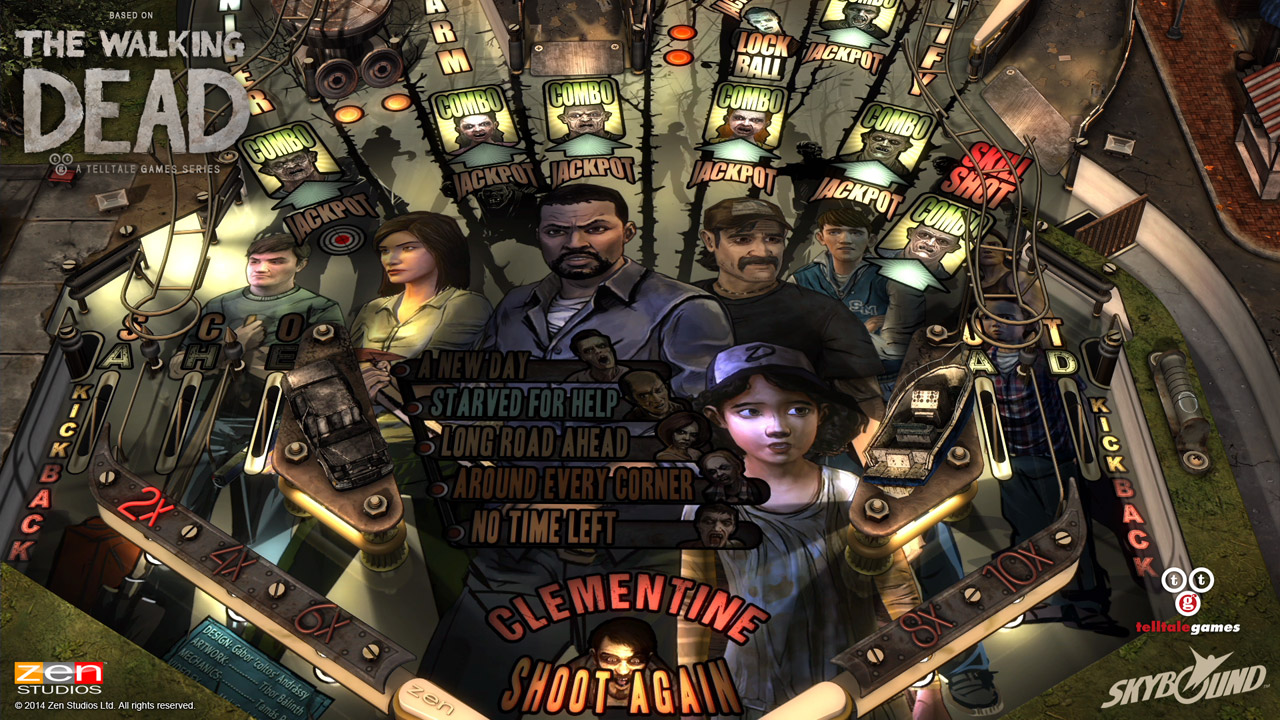