With every month, the Xbox One does get a little better. August's update looks to be one of the heaftier patches, even adding an entirely new section in the home screen dedicated to Friends, alongside Pins, Home and Store. 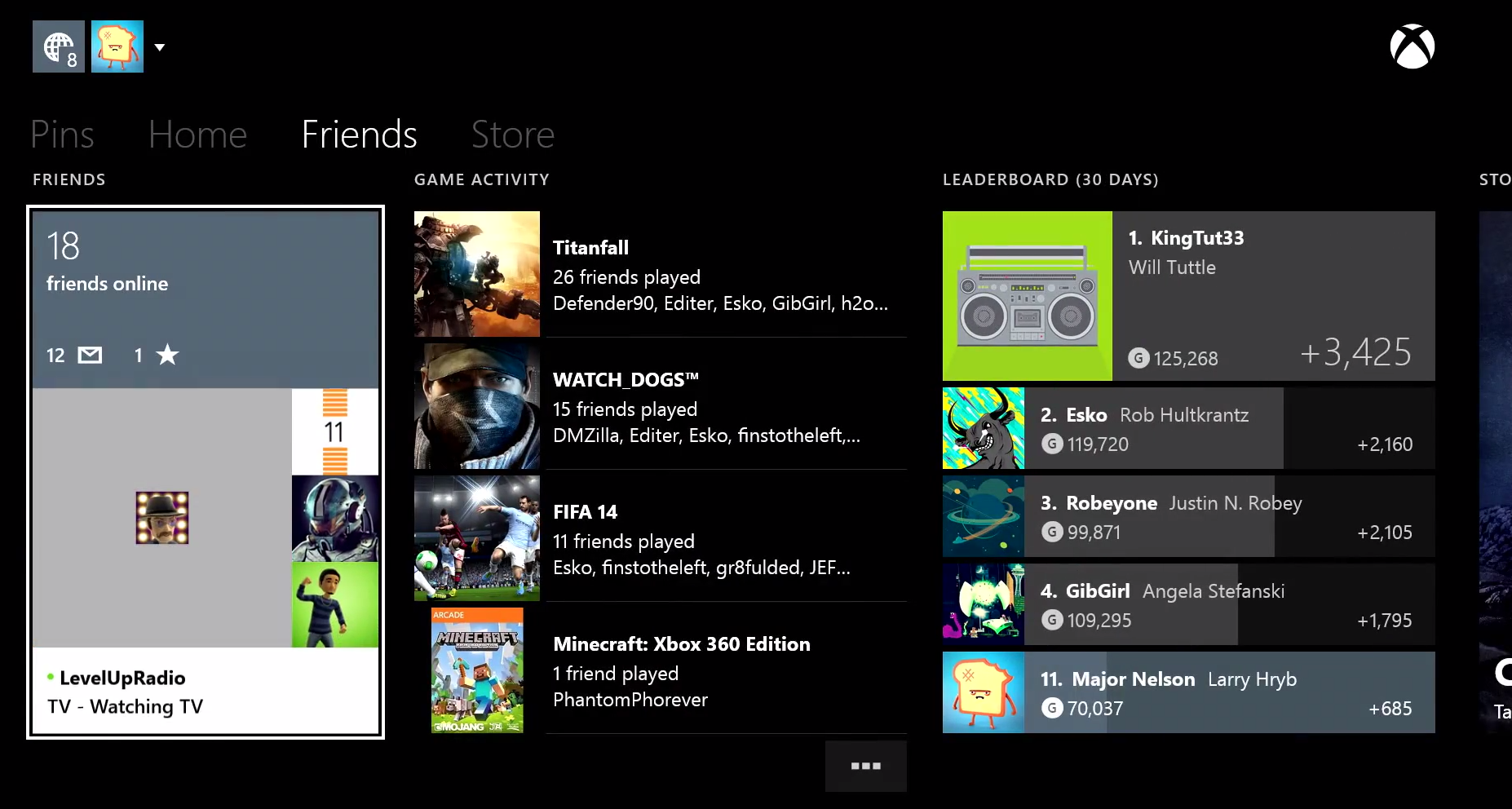 As you can see, it's a lot more information than the original side bar on the Home section ever provided, including a pretty cool achievements leaderboard over on the right.

Going along with the theme of social improvements, the activity feed, which shows up inside the actual Friends application, will be both more streamlined and interactive, allowing users to comment, like and share their favorite posts. It's inching its way ever closer to Facebook in that aspect.

For a full look at the update, including some smaller changes and improvements, check out the official video below.

3D blu-ray support, purchases through Xbox.com and Smartglass that automatically download and a low battery notification pretty much round out the important stuff. Head to the sourced link for the smaller, more Brazilian details.

As usual, there's no set date on when the update rolls out, but it will likely happen over the course of a week in August.