eSports On the Rise: Welcome to the Call of Duty Championship

Some of you may know me from my Blu-ray Reviews or gear articles, but what you probably don't know is that I'm the world's worst gamer. Have been since Super Mario Bros....which I've only watched others, like this guy, finish. My God given lack of talent hasn't stopped me from playing, mind you. Driving games are my fave. I'm a bit of a 'Need for Speed' nut, but not unlike with 'CoD,' the best I can usually hope for is getting my ass handed to me in team play while my buddies can avenge my incompetence. Fortunately, while my "stupid fingers" are fail in serious multiplayer, they aren't a factor when it comes to taking in eSports.

Today is the first day of the Call of Duty Championship 2015. You can watch all the streams here, as well as find out exactly whose playing. I've never attend eSports event before, but so far it's a blast. Hot outdoors and cool inside. Overpriced adult beverages and salty snacks. A high-tech production on a grand stage and a close look at the best 'Advanced Warfare' players in the whole world. They're competing for $1 Million in prize money and this: 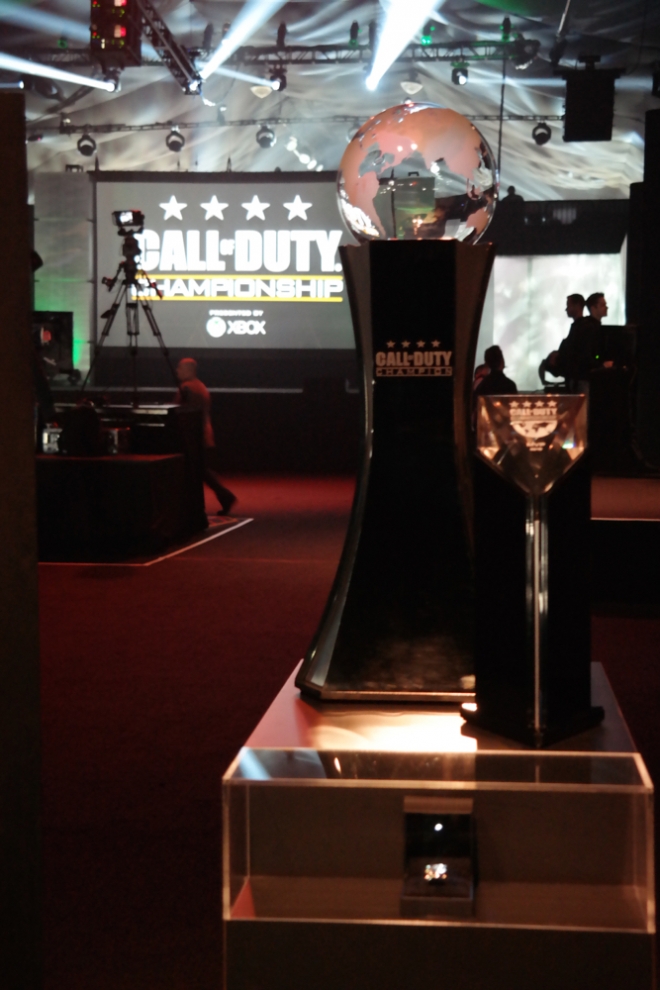 I know some people take umbrage at e-sports, but in a world where warfare is literally carried out by young men and women electronically controlling unmanned aircraft, why the hell not. The amount of hand-eye coordination, quick reflexes, and studied skill, (all abilities this humble writer lacks comparitively) needed to play at this level is astonishing. It's not athletic competition or motorsport, but it is eSports.

For those like me who have never attended an eSports event in person, let me set the stage. The CODChamps (hashtag!) springs to life atop a parking structure in downtown Los Angeles where the producers build an electronic gladiatorial arena that's a strange cross between a Evangelical revival tent and a Best Buy. A giant, blacked-out tent stuffed with air conditioners, strobing and waving rock concert lighting, and two competition areas.

The competition today is simple. Playing classic 'Call of Duty' game modes like Search & Destroy, Capture the Flag, Hardpoint, and Uplink, 32 Teams are striving to survive until tomorrow. For some teams, advancing is guaranteed, but I've been secretly pulling for the untested dark horses. My favorite game mode is Search & Destroy; I love that it's more about restraint and planning than it is about slaying. When e-life is precious, the tension rises. Uplink and Capture The Flag are pretty sweet too.

PS. Fun fact about the 2015 Championship: this is the first year to feature a DLC Map (Drift). As part of the 'Havoc' content pack, 'Drift' has only been available to play half as long as the rest of 'Call of Duty: Advanced Warfare.' 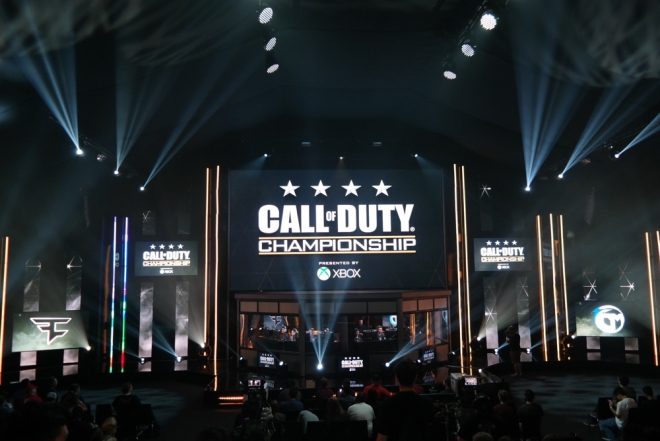 The Alpha Stage, or Main Stage (pictured above), is the best place to see the action. HDTVs flank a closed gaming area under a massive screen across the way from a grandstand of open bleacher seating. The sound is great, the action is fierce, and for me, as a first timer, it's like a crazy combination of watching a movie and a live action MMA match. Pretty badass. On the first day, Alpha Stage bears no extra competition weight, aside from the fact that it's the only one where audience members get live play-by-play commenters. 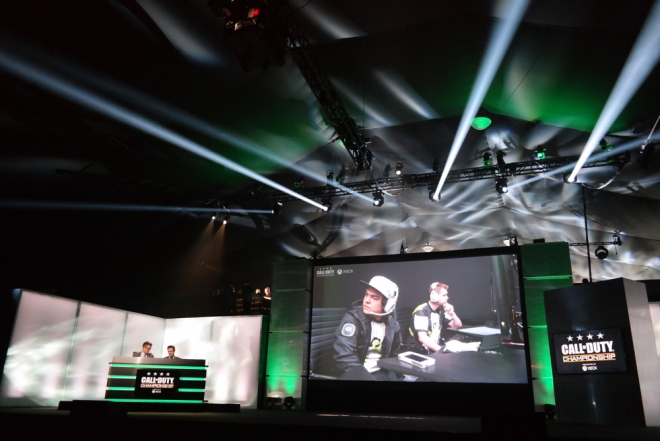 Bravo, Charlie, and Delta Stages (pictured below) are out near to the Xbox Live Stage (pictured above), which you might have seen on one of the streams. Here's a chance for gaming fans from all over the world to stand as close a three feet away from some of the best gamers from all over the world. It may sound a little cheesy, but there's a wonderful intimacy to it all. Watching your favorite maps & modes be taken on by these pro teams, the focus in their eyes, the concentration. It's like going to the second stage at a music festival. The show itself doesn't have all the production value, but the future winner of the COD Championship, whoever they may be, plays here too. 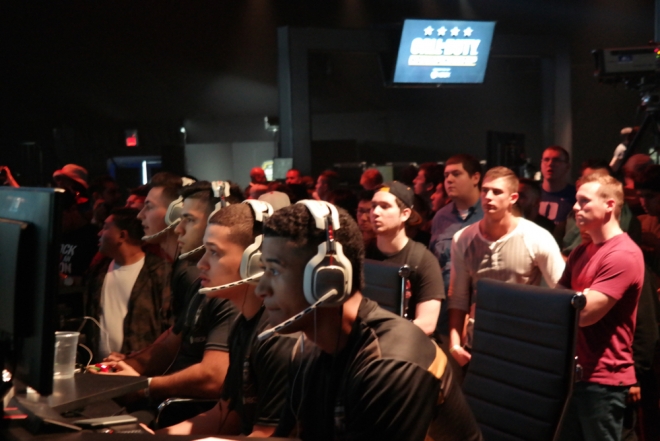 Overall, I'm not an expert (understatement of the century) in every team just yet. Still learning. However, OpTic Gaming, Automatic Reload, FaZe Black, and Prophecy really impressed me on the Main Stage. As HDD continues to cover the event, we'll make sure to get more into the dramatic details as we get closer and closer to the finals. For now it was great just to jump into the eSports water with both feet. 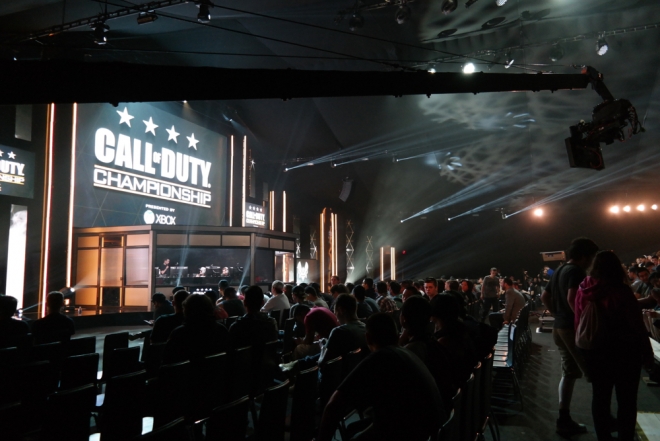 What about you? Are you watching this year's #CODChamps? Have you ever been to a live eSports event? Who's your favorite team? Who do you think's going to win?

Stay tuned here at High-Def Digest and/or hit us up on Twitter for more coverage. Day 2 coverage can be found here.