Things are heating up.

For an intimate look at Day 1, go here. Day 3's action can be found here.

'Call of Duty: Advanced Warfare' might be the breath of fresh air and new blood that the huge series needed, but what about the competitive side? Well, this weekend's Call of Duty Championship 2015 Presented by Xbox will bear proof that a $1 million in prize money is there for taking... by the top 4 player teams in the world. (That's $400,000 for the winning team.) 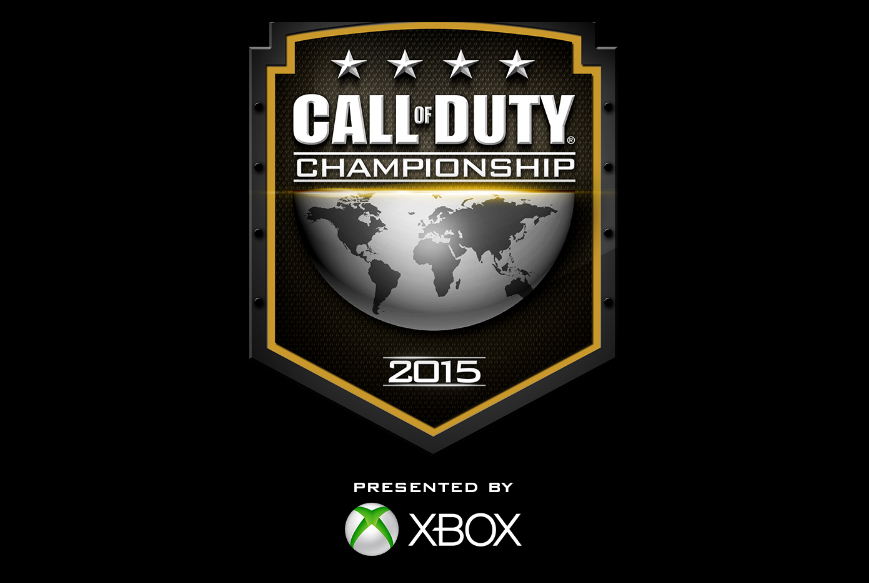 32 of the best 'Call of Duty' teams in the world have gathered to compete in L.A (at L.A. Live) at the third annual Call of Duty Championship. After Friday's group play, only 16 teams are left. To reach the finals, these remaining 16 teams need to move forward through the brackets. This is a double elimination tournament, which means each team may lose once, only to later get revenge en route to the finals.

Here are the results from Day 1: 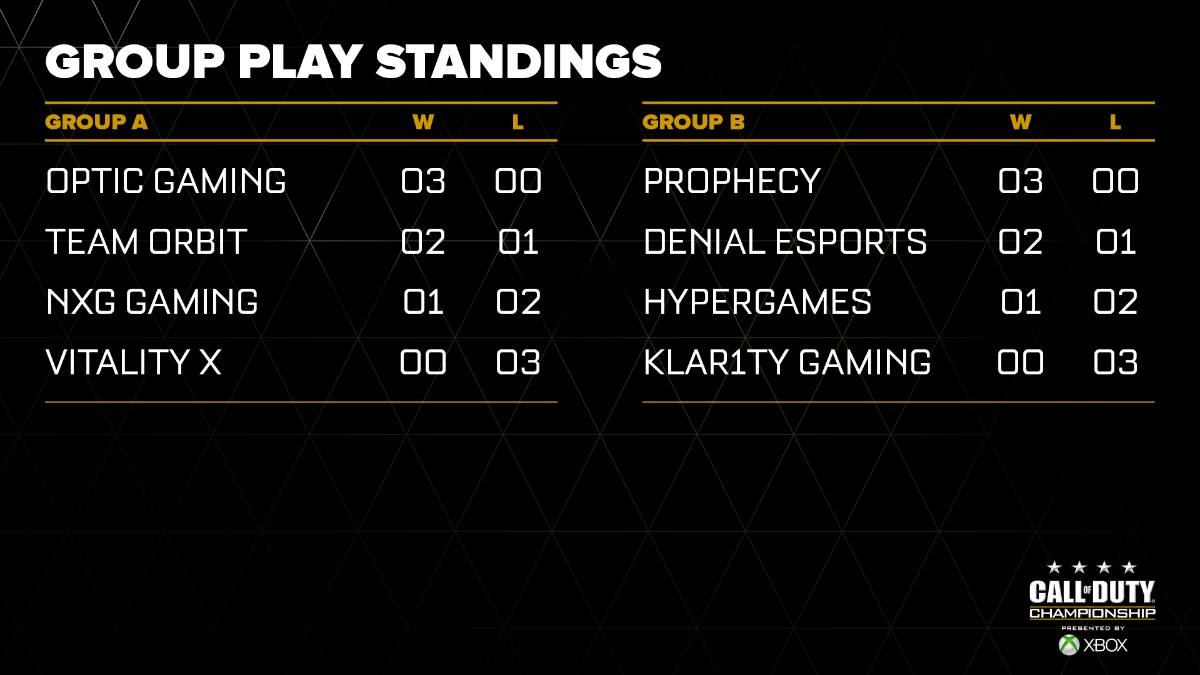 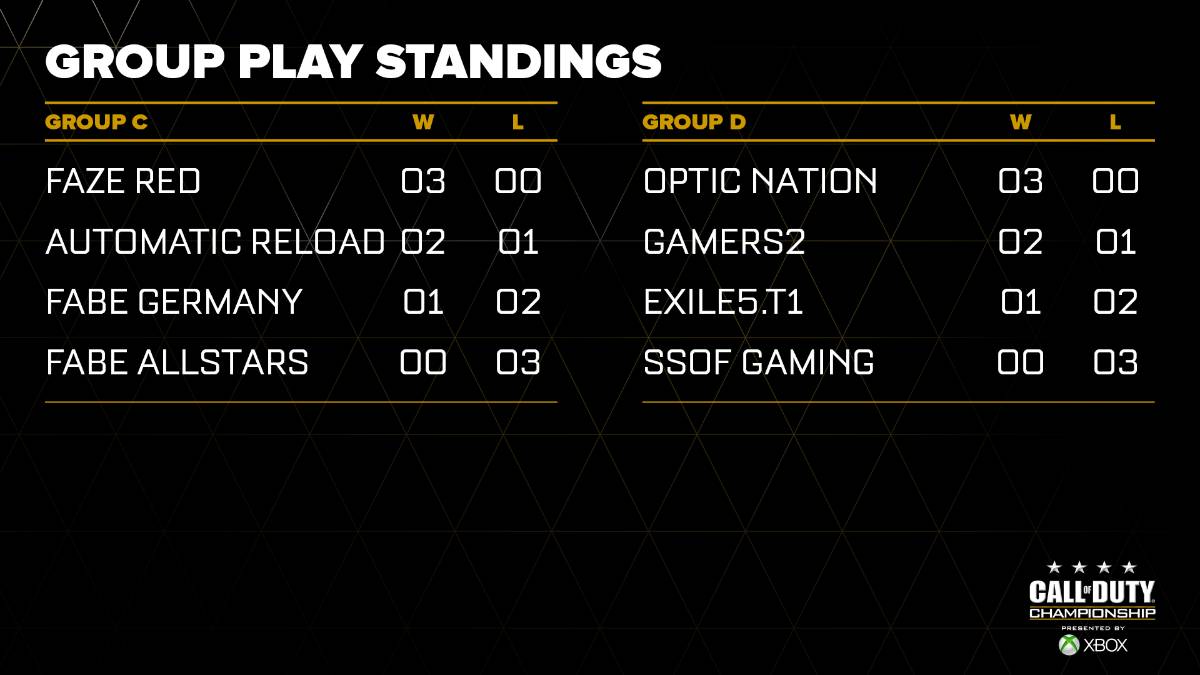 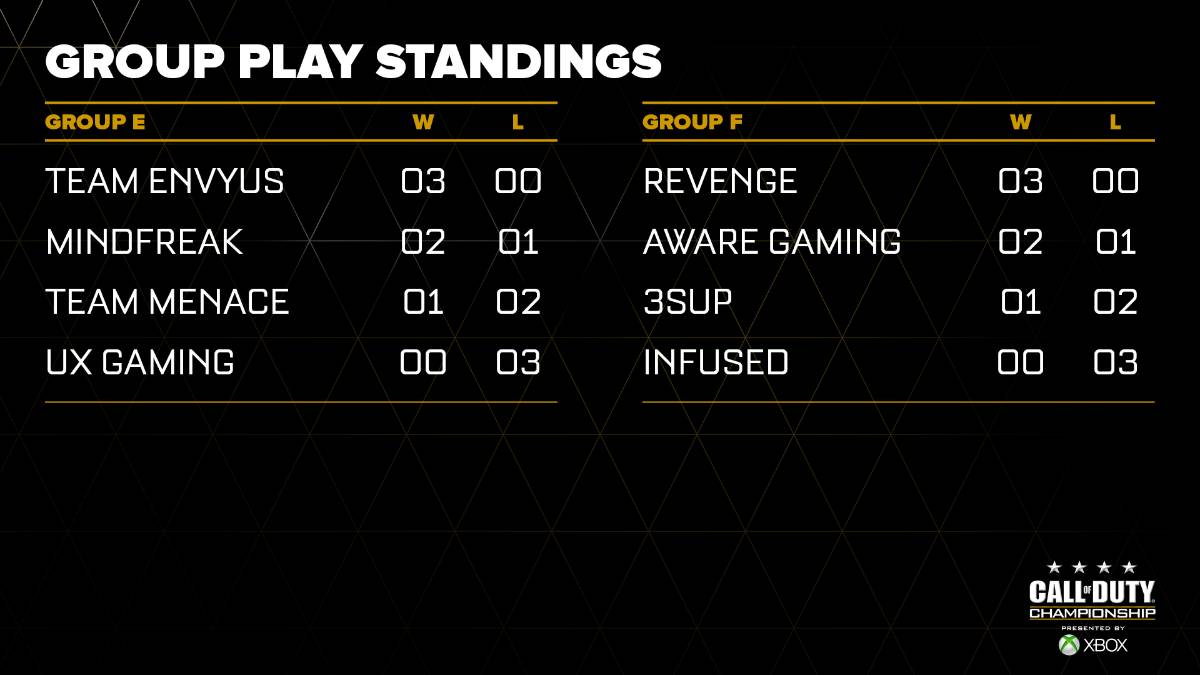 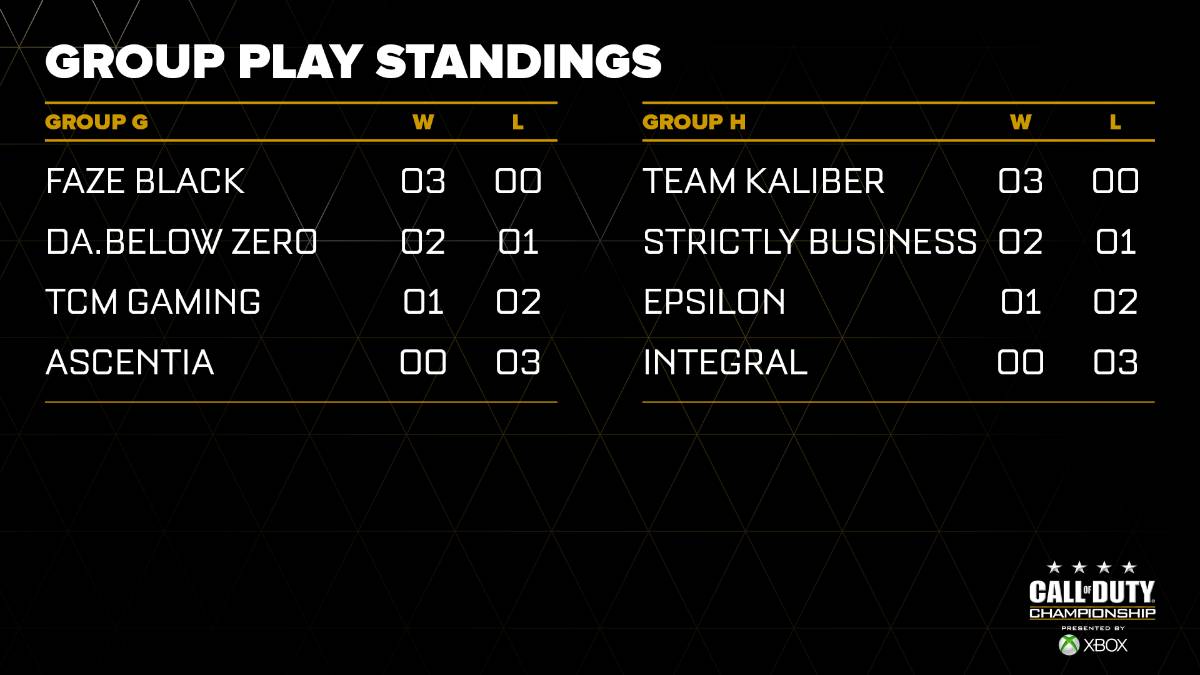 Here are the live streams:

Here is the upper bracket: 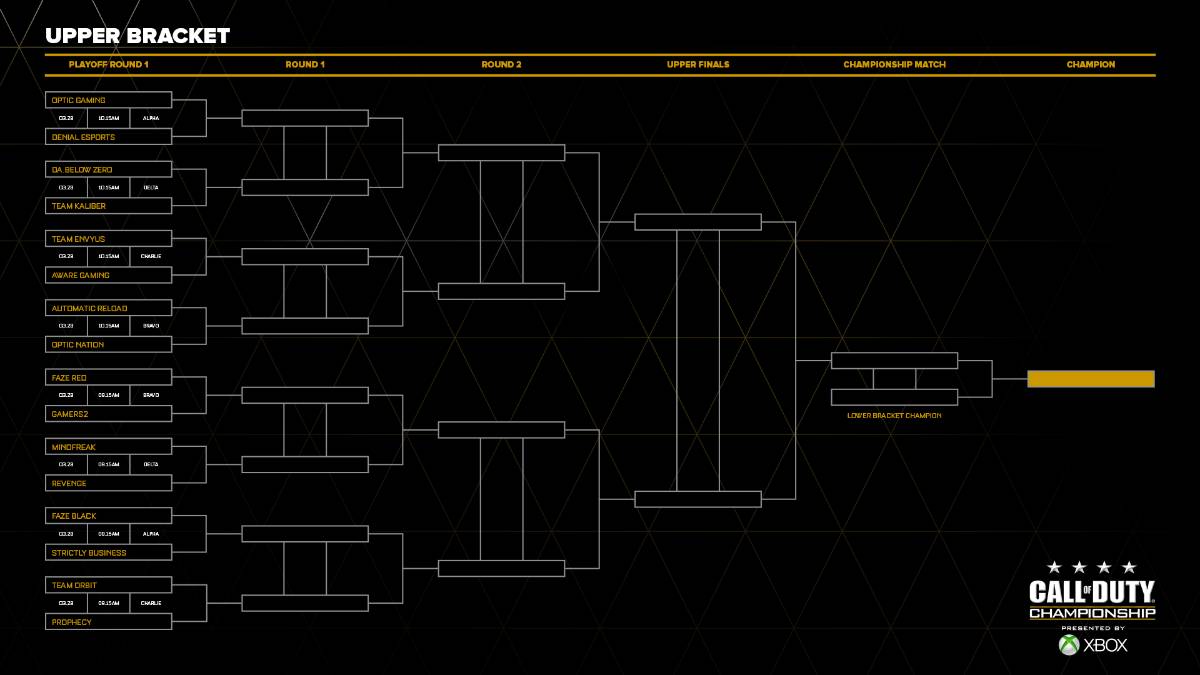 On March 29th, the day of the Championship final, straight from the 2015 Call of Duty Championship Presented by Xbox, Activision will premiere the new Exo Zombies episode, Infection, and new maps from  'Ascendance' the upcoming DLC pack for 'Call of Duty" Advanced Warfare.'