A Work in Progress: Xbox One Backward Compatibility Impressions

As Microsoft announced at E3, backward compatibility on the Xbox One will soon be upon us. They have promised to have 100 titles ready at an unspecified point this fall, as well as more to follow. This was a surprise to pretty much everybody, including Sony, where their President of Worldwide Studios, Shuhei Yoshida, later mentioned that he did not think it was possible. A select few titles are already available for consumption and testing via the Xbox Preview program (with some surprises, like 'N+'), so we have fired up some old games to see how the emulation is moving along. We tested the digital versions of 'BattleBlock Theater', 'Viva Pinata: Trouble in Paradise', 'Defense Grid', and 'A World of Keflings'.

When the service goes live, finding digital games licensed to your Microsoft account will be a snap. Just open up the "My games and apps" section and scroll all the way to the right, where the partially hidden "ready to install" column lurks. If you own the game and it is available on the compatibility service, it will be listed and ready to download. Alternatively, inserting a disc copy will get the ball rolling. (For example, inserting a disc copy of 'Mass Effect' will result in the Xbox One requesting approval to download an update file. This file is the actual digital (and patched) version of the game. As verified with Partner Director of Program Management for Xbox, Mike Ybarra, the disc copy is needed to download and run the game, but users won't have to worry about the Xbox One's disc drive constantly reading from the disc. It's only a disc check/validation, just like with Xbox One disc titles. Furthermore, the patched version that is downloaded has been specified by the games' publisher rather than by Microsoft. This specification includes DLC. -Editor Brian Hoss)

While the games were downloading, I turned on the Xbox 360 and made sure all of the save files for the games had been transferred over to the cloud. Sadly, the 360 doesn’t have an "easy button" that would transfer every safe file ever, as the saves are all mixed up with downloaded games and DLC. Unless you’ve been meticulous about making all saves in the cloud, you’ll probably have to manually go through and transfer the ones you need. 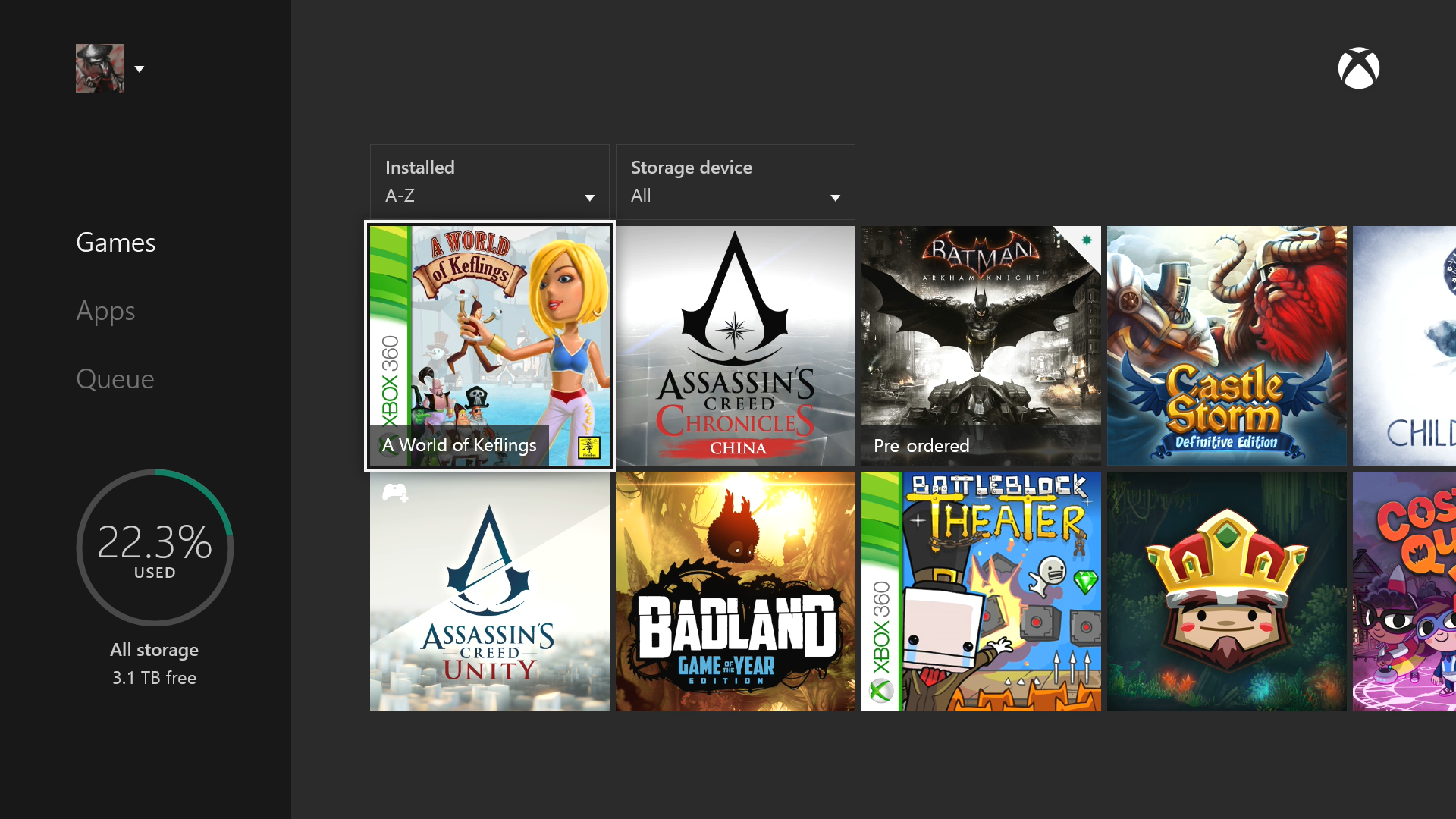 Once the game is ready on the Xbox One, it functions like any other Xbox One game, for the most part. The Kinect recognizes all of the game titles. Sharing captures and earning achievements are supported. Hitting the guide button zooms back out to the dashboard and keeps the game running, like any other title. It also keeps the game open if you switch to a separate app, like Netflix or something (as always, the One can only run one game at a time, be it 360 or One). Inside the game, the game functions like it would on its native 360, for the most part. (According to Ybarra, each 360 game comes packaged with its own 360 emulator. The 360 emulator is described as having a very small file footprint, less than a 100MB. -Editor Brian Hoss.) Hitting the start and menu buttons simultaneously opens up the old-fashioned 360 guide/dashboard overlay with its swipey cards, itself a holdover from the ancient, original Xbox 360 UI. Here you can check the friends list, messages, achievements, and other quick buttons. The menu has been stripped down a bit from its 360 days, but it is nice to be able to check things without having to play around with the clumsy Snap feature. You can even open up the overlay and snap things at the same time, in case you feel like layering your menus all on top of each other.

There were a few performance issues in the games I played. In 'Defense Grid', for instance, the screen looked a bit stretched, as though it wasn’t in the proper resolution. Admittedly, the original doesn’t have the sharpest visuals, but there is a moderate difference. 'Viva Pinata: Trouble in Paradise' looked a bit fuzzy and had some mild framerate issues. Conversely, 'BattleBlock Theater' looks and works just fine. 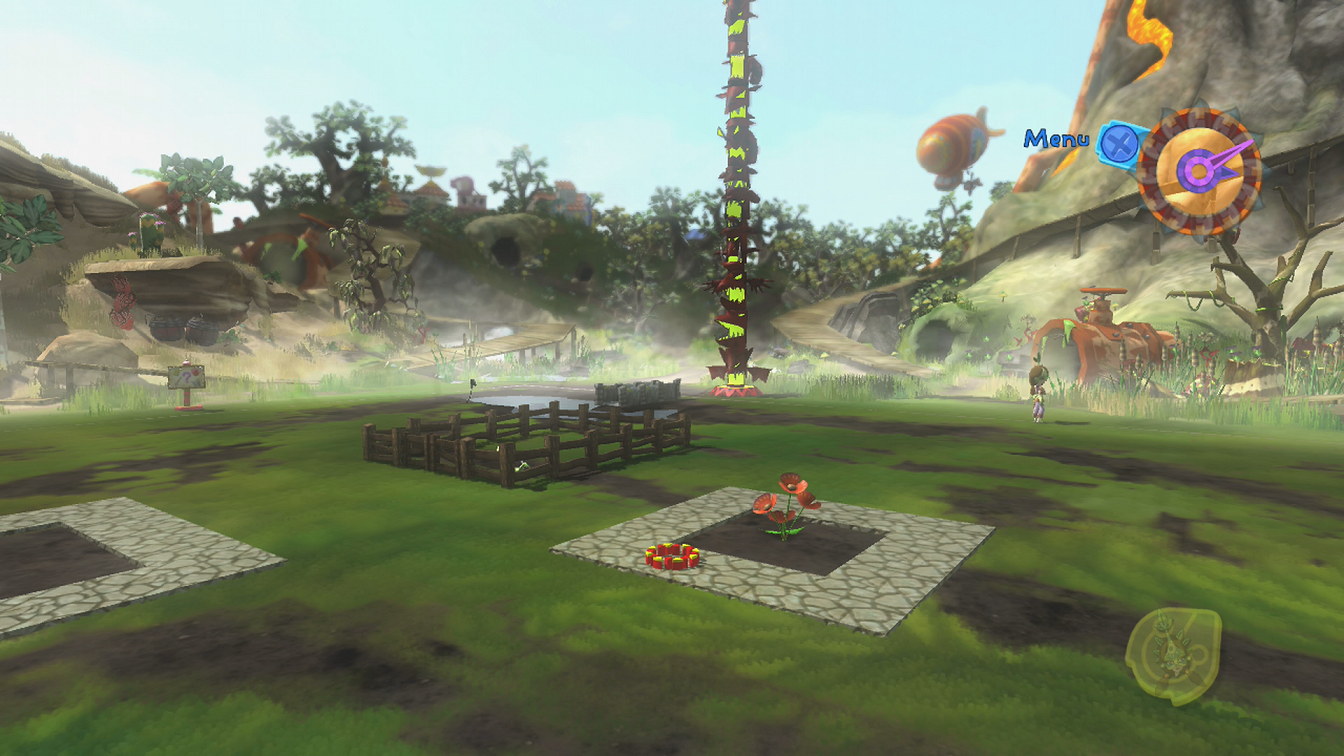 Online connectivity isn’t up to par yet. While I was able to play online with others in 'BattleBlock', I couldn’t use the trade function. To be fair, playing online means being able to play with and against both 360 and Xbox One players, so cross play may be at the root of these issues. Some of my save files for the games didn’t make the transfer from the cloud - I was missing a garden or two in 'Viva Pinata', for instance. I also wasn’t able to access any of the downloadable content I had previously purchased, either within the game or in the Xbox One’s store. (In the case of 'Mass Effect,' the two missing DLCs made my cloud retrieved game saves pointless. -Editor Brian Hoss) Hopefully this is a feature that will be implemented by launch, as there are many games in my library that were given large content treatments that would be nice to have again ('Fallout 3', for instance, should that make the switch).

Microsoft has been soliciting feedback on the most desired 360 games, which you can peruse and contribute to here. I’m a bit surprised to not see a 'BioShock' or 'Fallout', on top of the list, but 'Red Dead' is an amazing game. The program isn't ready yet and has some kinks to be ironed out, but this is still a promising development for Xbox owners, especially considering the bargain bin prices of many of the older digital games in the 360's library. These 360 titles are also going to be folded into the Xbox One to Windows 10 streaming ability, which again, seems like a promising bonus feature.