Rise of the Xbox One.

Initial slate of games will be limited, but will be free to current game owners (disc and digital). This is an E3 bombshell, backward compatibility is coming to all Xbox One models this fall, but preview program members can check out the initial slate today.

It was demonstrated running 'Mass Effect,' and works with the Xbox One screenshot capture. 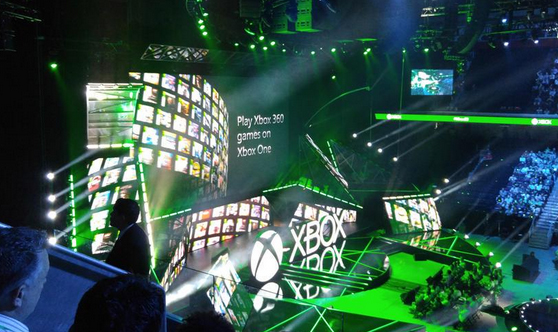 Xbox One Backward Compatibility is here. Now you can play a growing number of your Xbox 360 games on Xbox One at no additional cost. With over 100 titles slated for this fall, and hundreds more added every month, Xbox One is now the best place to play your Xbox 360 games. Experience the greatest games lineup in Xbox history—exclusively on Xbox One.

The Xbox One Backward Compatibility Beta is available starting June 15 for Xbox preview members. The program will launch broadly in fall 2015.

The digital titles that you own and are part of the Back Compat game catalog will automatically show up in the “Ready to Install” section on your Xbox One. For disc-based games that are a part of the Back Compat game catalog, simply insert the disc and the console will begin downloading the game to your hard drive. After the game has finished downloading, you will still need to keep the game disc in the drive to play.