High-Def Digest's Wii U Holiday Gift Guide 2014: It's Time to Score a Wii U

Nintendo is more than powering up this holiday season.

Entering its third holiday season, and Nintendo finally has the goods to make the Wii U a treasured purchase for gamers far and wide. As the cheapest, most family-friendly home console on the market, it's easy to to forget just how stunning Nintnedo's games can look in the home theater. And for this holiday period, Nintendo has even more in store for Wii U owners. (See more about Nintendo's newest Holiday 2014 offerings here.)

Nintendo's Wii U might suffer a constant stream of bad press and poor sales, but, unlike in the first year of its release, nobody's saying the library is lacking. Not anymore. Buying the console for the first time in this holiday period is an act of fruitful fallout, so long as expectations are held strong towards the exact kind of colorful games Nintendo is known for. Kids and adults can play together. Online multiplayer is free, but many will want to remember the wealth that is couch-happy multiplayer. And then there's the GamePad, the centerpiece, which more or less functions primarily as a source for off-TV play. The hopes for new, emergent gameplay went unfulfilled, but that doesn't mean the same for solid, even fantastic, Nintendo games. Indeed, the opposite is true.

The best reviewed 'Mario Kart' entry in years comes to glorious high-definition on the Wii U. (Check out the review here.) Chances are, if you want a Wii U, you also want this game. Buying them together at a discounted price is a no-brainer. Otherwise, if it isn't 'Mario Kart 8' on your must have list, then just go with the black Wii U on its own. But if that isn't your style, then, well, there's just a whole bunch of bundles out there. (Like this super bundle) Such titles as 'The Legend of Zelda: Wind Waker,' 'Nintendo Land' and 'New Super Mario Bros. Wii U' are all bundled in one way or another. 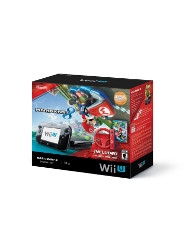 Before leaving the store, or checking out online, don't forget to nab at least a small eShop points card. It can't be understated what absolute gems you'll find on the Wii U's online store, especially the cheaper, smaller, yet more densely fulfilling titles. 'Shovel Knight,' 'Runner2: Future Legend of Rhythm Alien,' 'Steamworld Dig' or even each of the individual sports from the original 'Wii Sports' compilation, if that's your thing. Otherwise, the mountain of classics ('Super Mario Bros,' 'Metroid,' 'Earthbound,' etc.) available through the eShop continues to build.

If you're intention with the Wii U is to bring the family together, take a second before you start browsing possible games. One of the biggest selling points for the Wii U is that is offers both online and offline multiplayer. A majority of the console's best games do more than include local-multiplayer. ('Super Smash Bros.' offers 8 player Smash!) They embrace it like a rediscovered friend. Anybody feeling a little cutoff in their Microsoft or Sony-branded gaming, or desperate to connect with those around them in the digital age, should do their own kind of embracing. Unfortunately, that requires one to take a bit of a plunge into the world of Nintendo-themed accessories. Wii owners are likely already sitting atop a trove of compatible devices, but complete newcomers are going to need to commit to at least one of these options: 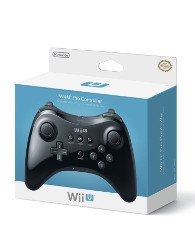 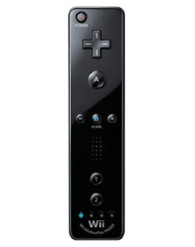 'Mario Kart 8' – Review - The hopping, sliding and shell-tossing of the 'Mario Kart' series is once again one of the most popular, best-selling things that Nintendo can muster to make. It's the best the series has ever been, with addictive online play and classic split-screen multiplayer for both kinds lively competition.

'Super Mario 3D World' – Review - The real surprise with this one is how close it came to the brilliance of the 'Super Mario Galaxy' series. Though the level design is just a tiny bit more conservative, that the entire game works wonderfully played by one, two, three or four players nudges it into its own unique corner in the halls of the Mushroom Kingdom. 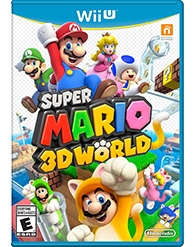 'Rayman Legends' – Review - The real surprise with this one is it isn't a Mario game at all. Whatever controversy surrounding the broken exclusivity of Ubisoft's gorgeous 2D platformer, it ended up in best form on Nintendo's console. Played alone it's an impeccably built and fantastical thing, especially the musically-tuned levels. Together, it's the best use of the Gamepad not built by Nintendo. One player runs through the level, while the other manipulate the environment with the touch-screen. Simple, yet effective. 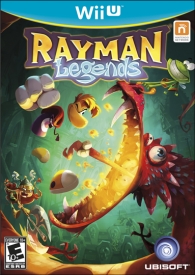 'Nintendo Land' – It's a shame how overlooked this title goes. In most people's minds, it's simply a failed attempt to rehash on the success of 'Wii Sports,' to identify the strengths of the Wii U through gameplay. It does just that, utilizing the GamePad in remarkably effective asynchronous ways. One player is the lone ghost in a mansion on the GamePad, while a bunch of Luigi's scurry about with dying flashlights. Mario plays tag with some Toads. These games are quick and simple, and are still the best examples of how the GamePad can enhance multiplayer. 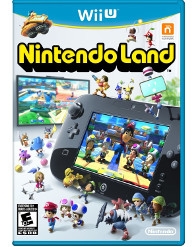 'Pikmin 3' – Review - The first truly great Wii U game is another Miyamoto design, the third in the quirky, and perhaps underappreciated, 'Pikmin' series. It's the most accessible RTS series ever created, and in this incarnation the core single-player experience is the most polished and tightly designed the series ever been. There's still room for local multiplayer though. Bingo Battles are surprisingly tense. 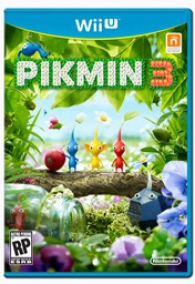 'Bayonetta 2' – A sequel that wouldn't exist if not for Nintendo's desperation to win back the "hardcore" crowd, 'Bayonetta 2' turned out nevertheless an amazing example of Platinum Games' expertise in the area of lightning-fast, combo-psychotic fist fighting. This one isn't for the kiddies, it's for the people who like sweaty hands and a challenge, one of the few games explicitly designed against the Nintendo grain. 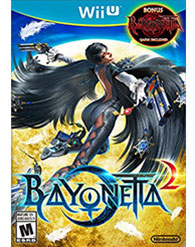 'Deus Ex: Human Revolution Director's Cut' – The unlikeliness of this game ever hitting the Wii U was matched only by the unlikeliness that the best version of the game would be found on the Wii U, and yet both happened. A number of tweaks and improvements morphed this cinematic, stealthy RPG from pretty good to pretty great. This and 'Bayonetta 2' are the best ways to satiate the solo players. 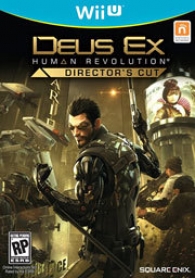 'Lego City Undercover' – Eschewing the common co-op of the Lego games, 'Undercover' is instead the only substantial Lego game released in the past few years not based on a licensecaptain toad , and the open world of detective Chase McCain is somehow still bursting with character. The gameplay is pretty straightforward, but writing is top-notch kid stuff, making this the perfect solo outing for any member of the family. 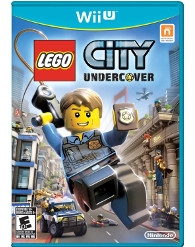 'Super Smash Bros. for Wii U' – The first HD 'Super Smash Bros.' is smashing sales as a massive package of mascot brawls. It's likely to be the fullest game in the series, with the largest and most diverse roster to boot as there are already plans to support the game post release. This one's nearly impossible to say no to. Consider opting into the $100 GameCube controller adapter bundle. Any true smasher should.

'Captain Toad: Treasure Tracker' – Built off the same engine that ran the excellent 'Super Mario 3D World,' Nintendo is smartly expanding on those tiny levels featuring Captain Toad, a jumpless puzzle-solver and star catcher. It's a budget title at $40, but likely one to take full advantage of the cuteness and cleverness of its main character. 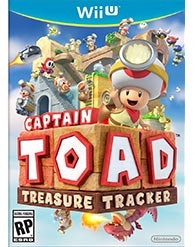 The toys-to-life headliners, Activision's 'Skylanders' and 'Disney Infinity,' are at home in Nintendo's world, and up until this year they've basically only had each other to compete with. Well, Activision might scoff at the idea of actually competing with anybody on those terms, but Disney is slowly making a case. Unfortunately for both, Nintendo will essentially combine the strengths of both properties – worldwide recognition in Disney with video game reputation in the Spyro franchise – by spreading the functionality of its figurines - amiibos - across any games they might apply to.

First of all, it's easy. The Wii U GamePad already has NFC-functionality built-in - that's the communication tech used to connect the figurines to the console - so all you're doing is placing an amiibo on top of the controller. No extraneous parts needed. Initially, it's all about 'Super Smash Bros.' for Wii U, which reads the NFC-enabled figurines and plop CPU versions of them to battle with and against you in the game.

According to Nintendo, though, that's step one. Existing titles such as 'Mario Kart 8' and 'Hyrule Warriors,' have already had amibbo functionality patched in, and plenty of future titles are going to interact with them too. 'Captain Toad: Treasure Tracker,' for instance, is on the docket. Nintendo will be sure to support the amiibo figurines ever more in the future. That means making more, patching in more functionality, and possibly creating entire games and applications focused on amiibos. It's also worth noting that an NFC adapter is planned for the 3DS, and the New Nintendo 3DS systems (hoepfully) due out in North America sometime next year are being built with native NFC tech similar to the GamePad. Nintendo wants a big future for these little toys.

But, it's on us to make it on Nintendo to keep the train a going, to answer the question: is $13 worth it for a figure of Mario that comes to life? What about Link, or even the Wii Fit trainer?