Telltale's 'Batman' Gets Some Release Info

The Dark Knight will be rising before the summer is out, according to a press release from Telltale. The first episode of the five-episode season will be dropping digitally on consoles and mobile sometime in August, with the exact date coming next week, along with a new trailer.

If you're thinking they're pretty much saving the goods because of Comic-Con, well, you'd be right. In fact, along with the proper digital release date and trailer, they'll be premiering the entirety of the first episode at the convention at one of their crowd play events, where the audience will be shouting the decisions to host Greg Miller of Kinda Funny fame as part of a live playthrough. Troy Baker as well as some of the Telltale dev team will be on hand as well. If you're gonna be out there, and need something to do when you realize getting into Hall H is an exercise in soul-crushing futility, maybe consider emailing Telltale at [email protected] and seeing about getting in on the event. 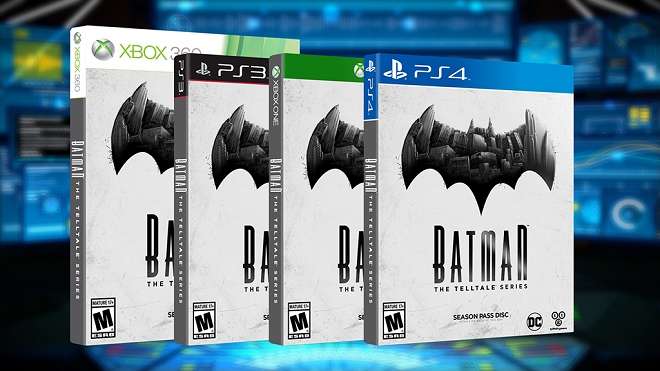 In addition, Telltale announced that yes, the console versions will be getting physical releases on September 13th (16th for Europe). The disk itself will include the first episode, ready to play right off the bat, then unlock the remaining four eps as they release via downloadable updates.