The Top Five Fighters in Super Smash Bros. - Behold The Tyranny of Reptiles and the Fall of Olimar

It's a tough call, really, tearing your heart away from your brain, letting go of past "mains" and moving on to newcomers who just might be better. I'm still learning. Still healing, at the loss of Wolf from 'Brawl.' His dash attack was a nuisance of hilarities, but he's gone. Perhaps a certain blue Pokemon can fill up the emptiness inside.

Here are the top five characters I use the most, for reasons rational and not. 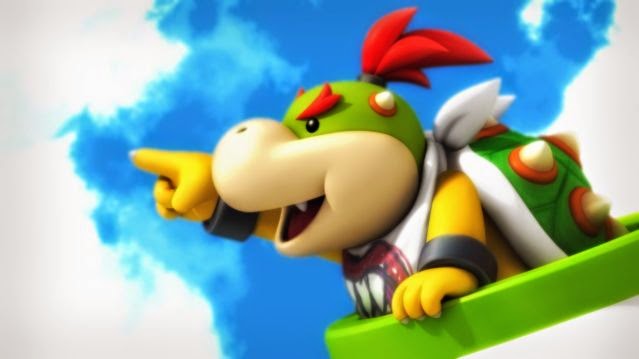 Ever since his days painting Delfino Plaza red in 'Super Mario Sunshine,' Bowser Jr. has wielded his daddy's power with the stereotypical demeanor of a trust-fund baby. He's obnoxious, ignorant and completely insensitive to the rest of the world. He's even got a cool car on which to literally float above the mere ants of the earth. Even so, he's never proven a particularly formidable foe, not until his 'Super Smash Bros.' debut this year. Turns out, all that training in entitlement and pestering has paid off, he's an absolute scourge on the battlefield.

First he'll lay down a little Mechakoopa, which crawls across the stage in search of a target to explode, then he'll fire off a cannon just to make you choose between two downsides. Avoid both special-move projectiles and all of the sudden the little tyrant is screeching towards you in his clown kart. His special-move setup is all about pestering from a distance, then closing fast and finishing off with some sort of smash attack, or his dash-attack: a saw that pops out of the kart and covers an alarming distance without much recovery at all. The best Bowser Jr. players aim to induce headaches, then take advantage of the distraction with a sledge hammer. His weakness is the same as it's always been: overconfidence. Commit too heavily to a string of attacks and he's at the mercy of a smarter foe. 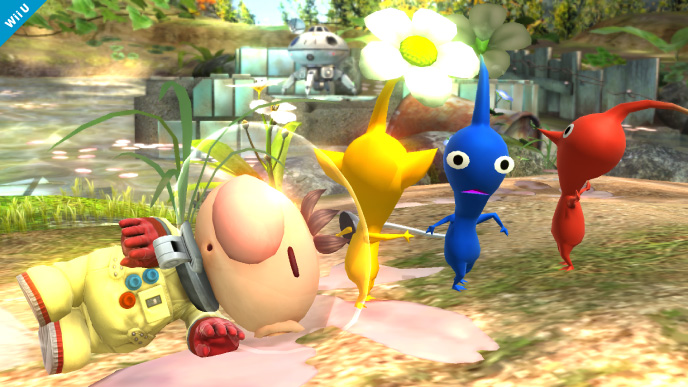 The tiny space adventurer has been downgraded to only three pikmin at a time, so gone are the 'Brawl' days when he could toss them about with abandon. Instead, he's a much more defensive, even protective, kind of fighter now, a king of spacing and awareness. The next pikmin in line is ever more important. You'll want to toss the poisonous white fellas, use the reds, yellows and blues for smash attacks and make the most of the fat, extremely dangerous purples in whatever capacity you can. More than ever, the pikmin at hand dictates Olimar's actions.

Frankly, he's not as high on the list as he used to be. His down smash attack, which spreads two pikmin out on either side as it did before, doesn't have quite the range as it used to, and he can actually outrun his pikmin during a sprint, leaving you pretty weak at the apex of an approach. Sitting back, utilizing the space in front as a pikmin-attack zone is the easiest way to get the most out of the sacrificial team, but it doesn't take long for most opponents to work around that. This is the one character I play for almost no reason other than my passion for his source material. It's worth the occasional loss to revisit my favorite space-plant-ants. 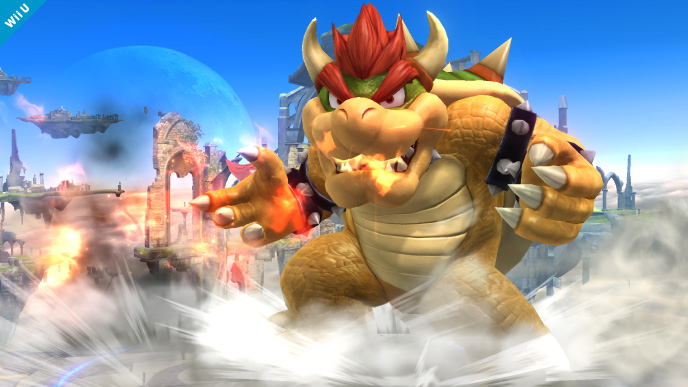 In the first wave of reveals for the game, director Masahiro Sakurai made specific mention of Bowser, how the team planned on making him competitive this time, rather than a spiny-shelled punching bag. Before anything, he's faster, but when I finally got my hands on him, turns out his entire moveset is better tuned for both aggressive and reactive strategy. Unlike his baby boy, Bowser requires no projectiles at all to strike fear into the itty-bitty competitors. He's finally the fearsome boss he was always meant to be. All that's left now is convincing Peach that blue overalls are so last year.

For every inch his massive body is moved closer to the opponent, Bowser's ability to dominate a salvo increases. There's still a factor of patience involved, as the King Koopa is better off waiting for an opening, rather than try to make one himself. If a speedster tries to dodge-roll his or her way in, just sit tight for a moment and grab the weakling with a body slam. If that doesn't work, Bowser's new side-smash sees him lunge his entire body forward with a kick, able to smack the poor soul that assumes Bowser is tied to a small sphere of damage around him. It's an immensely powerful attack too, capable of KOing at sub-100 percentages. And if the opponent gets smart and plays the range game just a little bit more, jump in with Bowser's trusty fire-breath to close down that thinking once and for all. 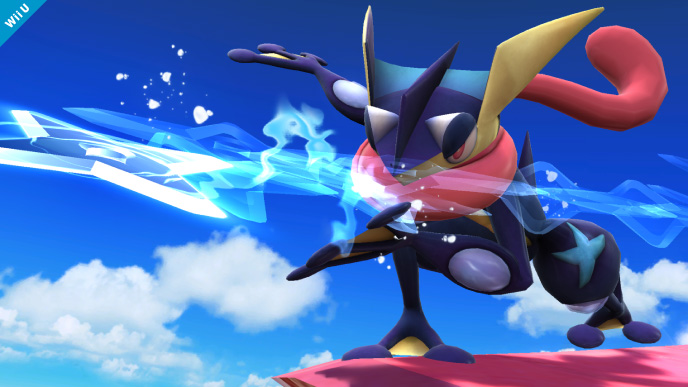 On the opposite end of the spectrum from Bowser is the latest Pokemon to join the fray, the water-based Greninja. This extremely quick, low-damage fiend thrives on running around, out-pacing the enemy at all costs. Sneak in a sweeping dash-attack kick to launch foes into the air and follow up quickly with the high-percentage up-air, in which this nutty frog-ninja hybrid thing flips upside down and spins his entire body for a combo move with his feet. If it wasn't all happening so fast, you might marvel at the grace.

On the ground, his side-special attack is a devious teleport with a hurtful kick on the other side, though a vital miss with this moves opens up Greninja for an easy punish. Throw in the teleport as part of his aerial recovery, though, and you've got someone who's extremely hard to kill with extra defense on his way towards a ledge-grab. You aren't winning unless the opponent feels utterly helpless. 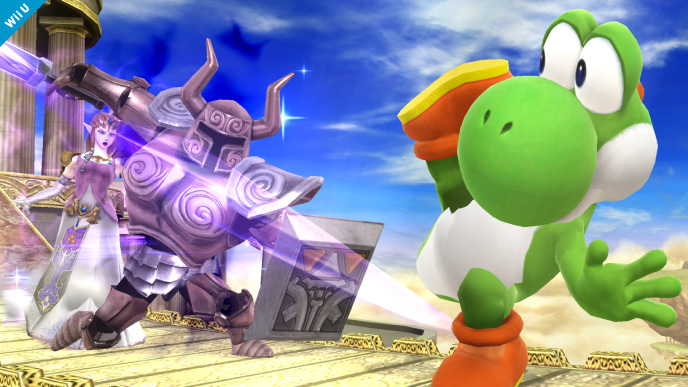 All that time spent floating around, carrying Baby Mario on his back, has paid off. Yoshi understands walking on air better than he does on ground, salivating at the opportunity to meteor strike the helpless fool who thinks he or she is ever making it back to planet earth. Turns out he learned as much from his tenure in 'Super Mario Galaxy 2' as he did under the slave-driving of an infant in a red hat.

Airborne aggression is where Yoshi lives. His quick, but relatively weak, ground attacks serve the primary purpose of getting enemies into the air, and if his first aerial move isn't launching somebody into outer space, then it's comboing in quick succession with another move, and another, and another. Throw an egg, perform a short hop and, depending on the opponent's position, kick, head-butt, tail-whip or do that downward flutter attack thing Yoshi loves to do so much. A kind heart, maybe, but Yoshi's legs are vicious bastards.

So how wrong am I? How utterly, pathetically lost am I in the world of 'Super Smash Bros.?' Maybe it's Public Enemy No. 1 – Little Mac – who should've made the list. Maybe it's speedsters Sheik and Zero Suit Samus. Hell, even Ganondorf doesn't look half-bad this time around. Just don't tell me to stop using Olimar. I can't bring myself to say goodbye. I can, however, bring myself to repeatedly roast those poor pikmin in Bowser's succumbing flame, all in the name of nostalgia.