In a classic Square Enix move, during their most recent Active Time Report at PAX this past weekend,  'Final Fantasy XV' director Hajime Tabata stated that they are holding a special event in March during which they will at last drop a hard release date for the hotly anticipated sequel. 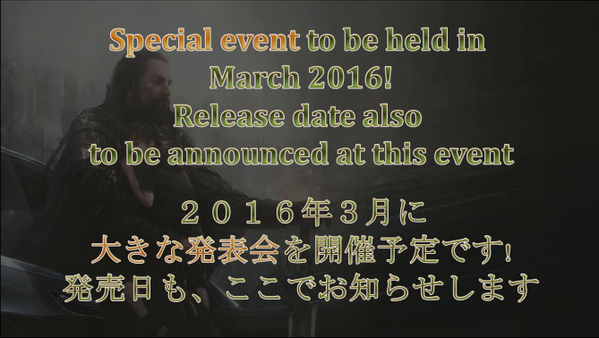 The only other new info coming about the game between now and then will be during the next Active Time Report at Tokyo Games Show 2015, where they would reveal more info about Luna and Noctis' father, Regis. But until then, the rest is, apparently, silence.