The year of the Xbox.

Last year, Turtle Beach attacked the PlayStation 4 market with features like wireless DTS Headphone:X 7.1 bulleting a full line-up of PS4 options. These offerings included the ubiquitous Ear Force Stealth 500P (review here) and the unrivalled Elite 800 (review here). This year, Turtle Beach's Xbox One offerings have followed suit. The recently released Elite 800X is the top of the line Xbox One offering, and like its PlayStation cousin, has a feature set and build to give credit to the idea of a new generation of headsets.

The Elite 800X and the Ear Force Stealth 500x have been the only two fully wireless Xbox One headsets, and with $200+ price tags, Xbox One owners have needed to invest to go fully wireless. 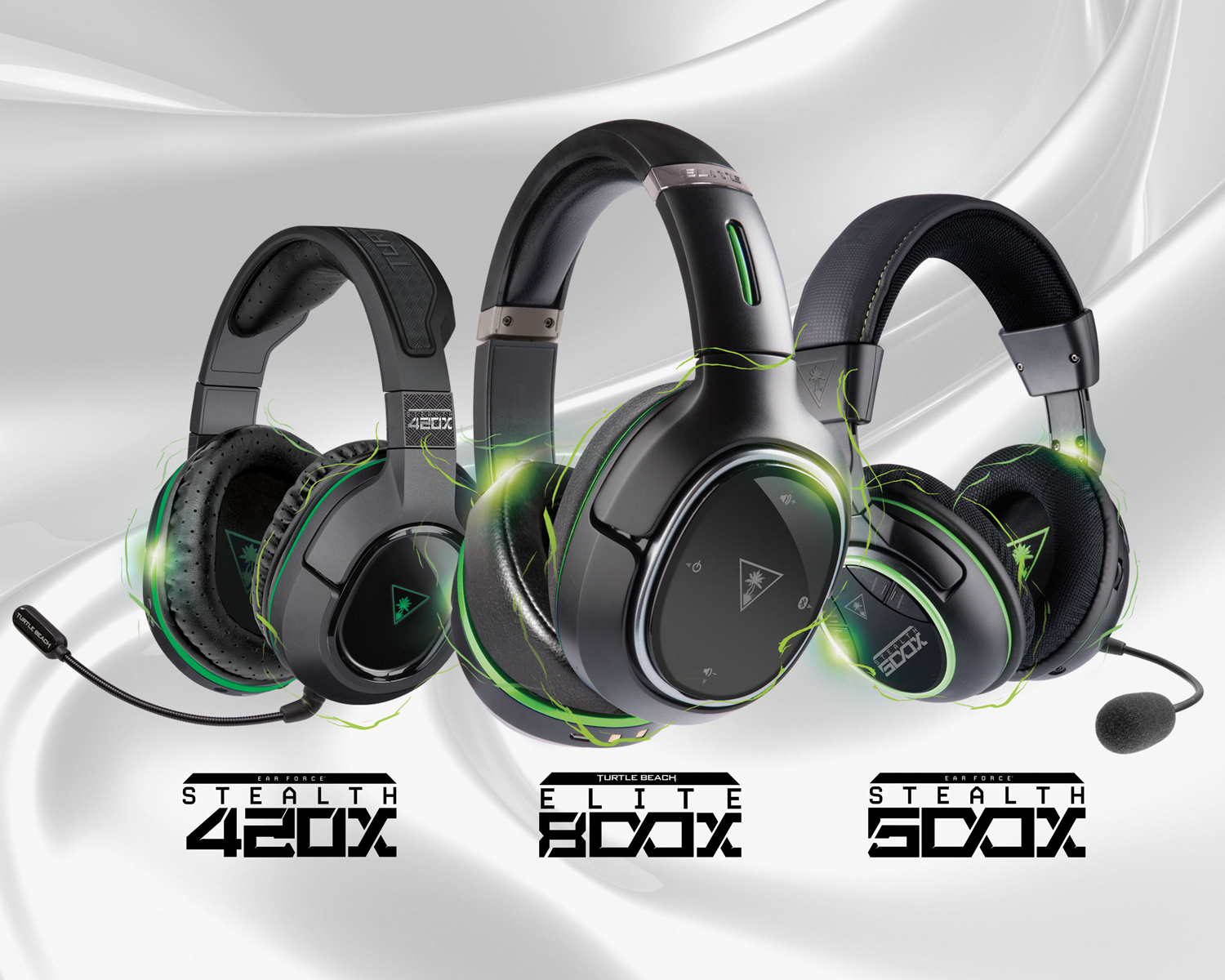 Today, ahead of E3, Turtle Beach has announced a third fully wireless Xbox One headset, the Ear Force Stealth 420X. This new model pairs a 50mm driver stereo set-up and boom mic in a headset design that sports a 15 hour (or better) battery life, mic monitoring, and the rare set of individual chat and game audio controls. The Ear Force Stealth 420X is the most accessible pricewise of the fully wireless Xbox One headsets at $179.95 and is due out on July 18th. (Preorder here.) 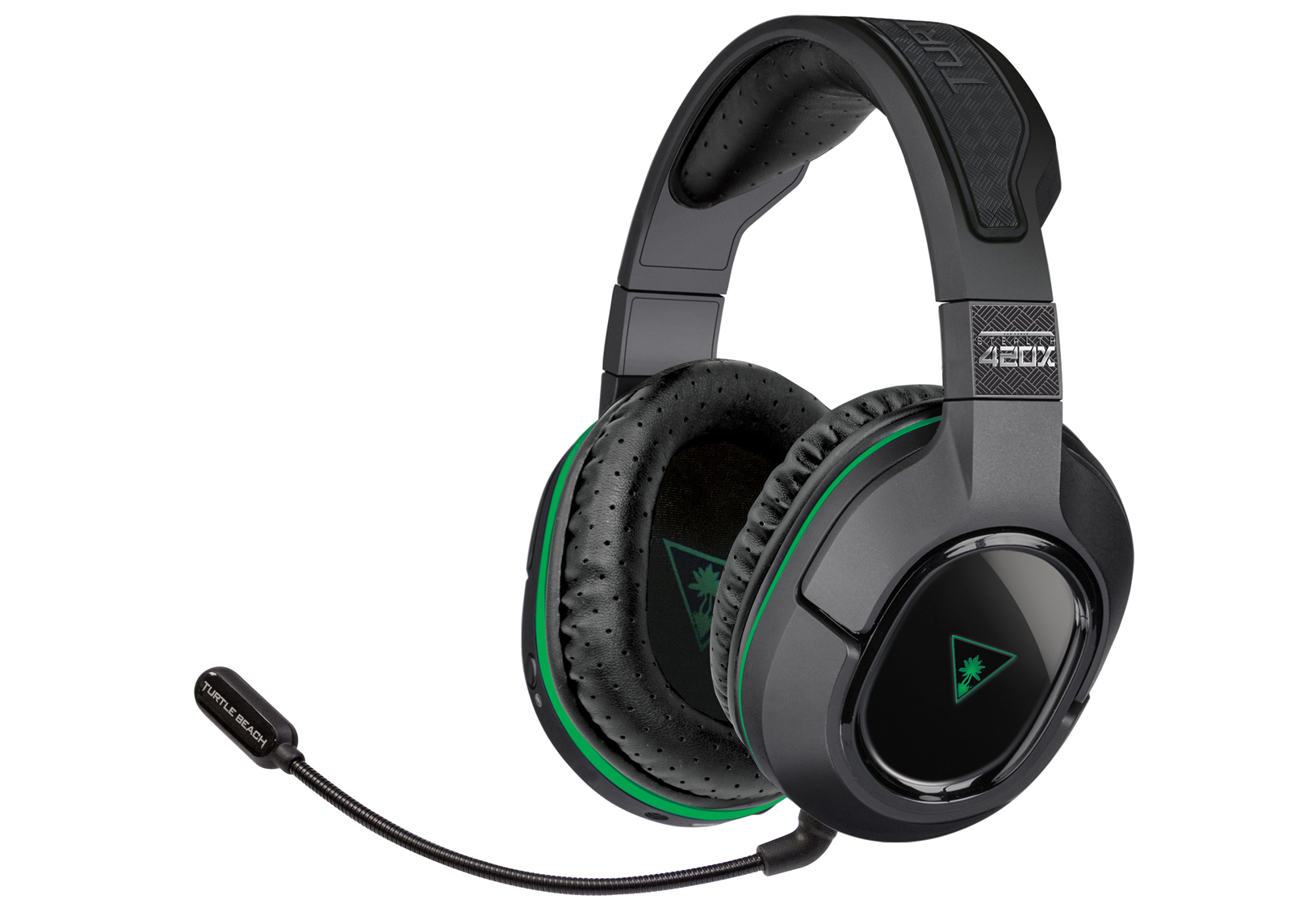 While the Ear Force 420X is a big deal for those looking to get fully wireless with the Xbox One, Turtle Beach has a new solution for those users who want to be as multi-platform as possible.

The Turtle Beach Ear Force PX24 Universal Gaming Headset takes one of the most popular recent gaming headset designs, and updates it via the inclusion of the new Ear Force SuperAmp battery-powered inline amp. This amp lets the headset be light, balanced and inexpensive while adding not only PS4, Xbox One, PC, etc. (3.5mm) compatibility while adding variable mic monitoring, togglable virtual surround sound, fingertip audio controls Superhuman Hearing, bass boost, and more. The PX24 is priced at $79.95 and is due later this year. 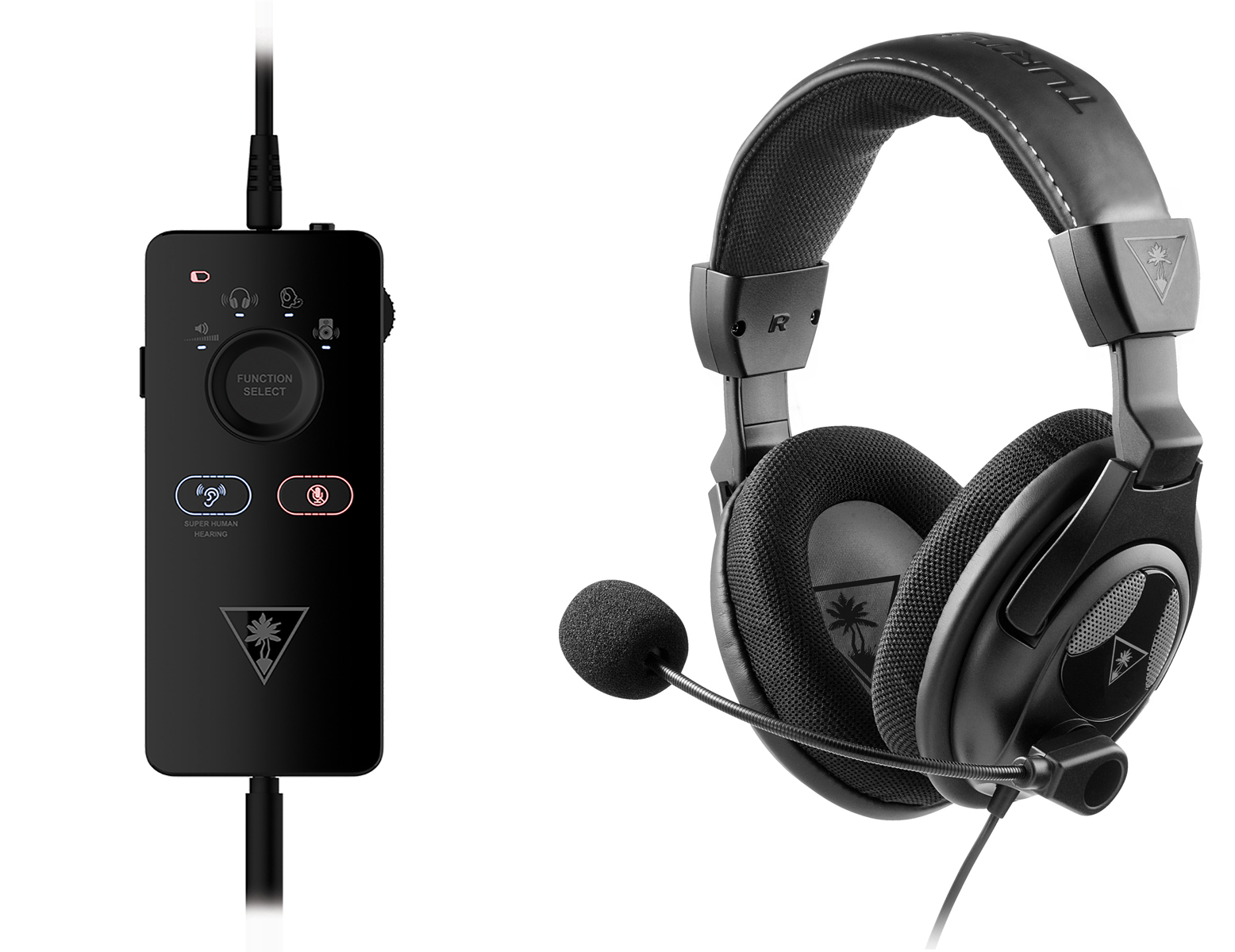 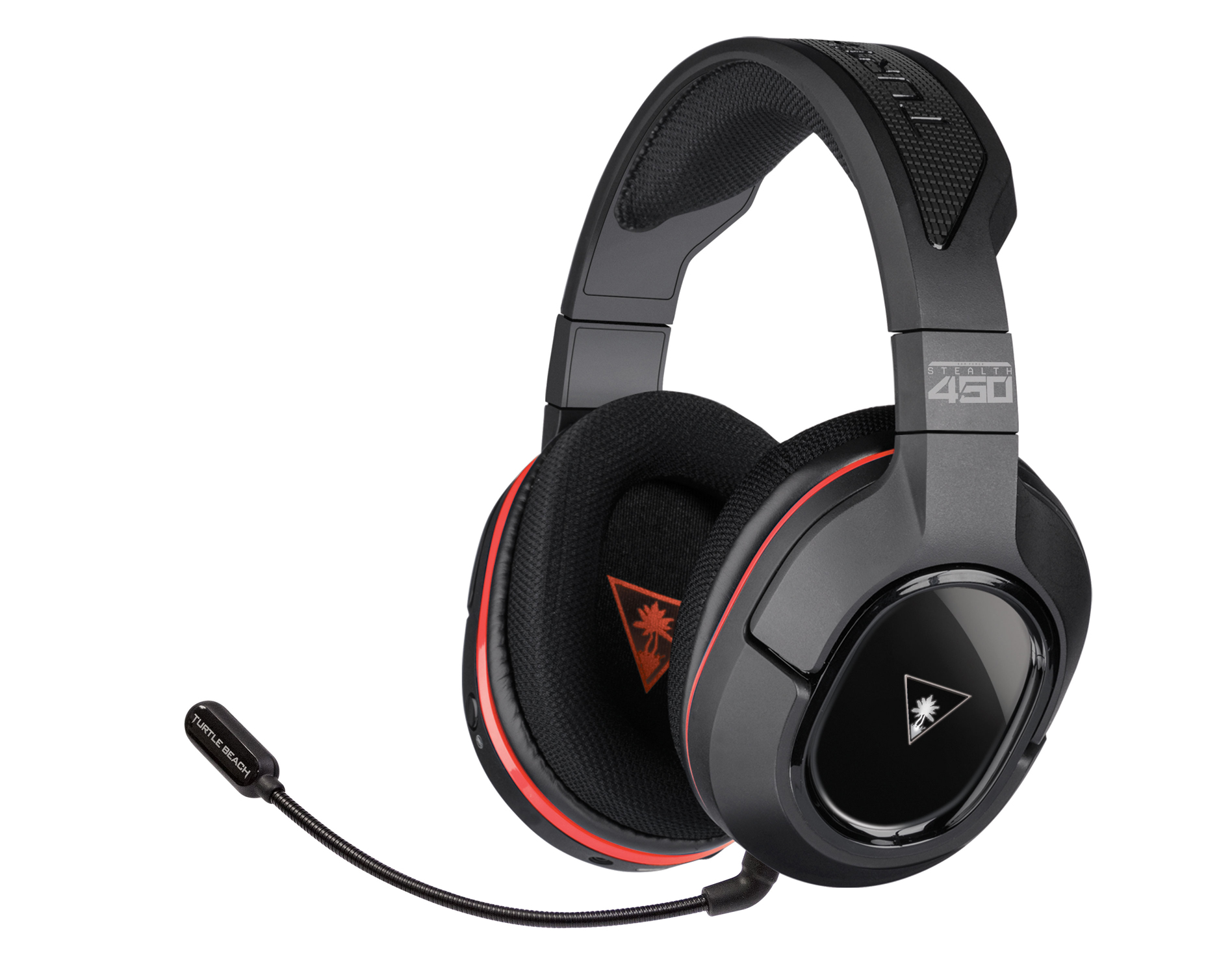 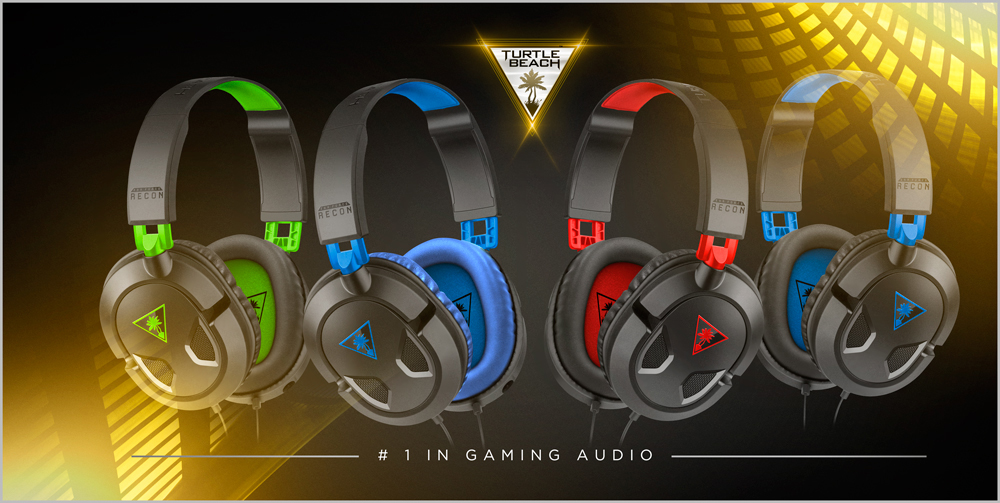 Finally, Turtle Beach looks poised to present the first consumer ready product to feature HyperSound, the HyperSound Clear. The HyperSound Clear uses the tech to direct sound like a flashlight beam, that way a user can listen to something very loudly through speakers while not disturbing others in the household. This first product is meant specifically for those with hearing troubles. Having heard HyperSound in action, I have no doubt that the E3 demonstrations will be eye-opening for many.

EAR FORCE Stealth 450 Wireless Surround Sound PC Gaming Headset – A 100% fully wireless PC gaming headset with large 50mm speakers, the EAR FORCE Stealth 450 features DTS Headphone:X 7.1 Surround Sound and custom DTS Surround Sound modes combined with four Turtle Beach audio presets to further immerse fans in their favorite games, movies and music. The Stealth 450 also includes Superhuman Hearing, which gives players the competitive advantage of hearing enemies before they come into view, as well as Variable Mic Monitoring, an adjustable high-sensitivity boom mic that can be removed when watching movies and listening to music, and a rechargeable battery delivering up to 15 hours of use. The EAR FORCE Stealth 450 is planned to launch later this year for a MSRP of $129.95

EAR FORCE Recon 60P Gaming Headset – An amplified digital stereo headset for PlayStation 4 and PlayStation®3, the EAR FORCE Recon 60P plugs directly into an available USB port to deliver amazing sound and Mic Monitoring, and features 40mm speakers and a brand new over-ear design for added comfort. The Recon 60P comes with an adjustable and removable high-sensitivity boom mic, plus convenient in-line Volume and Mic Mute controls, and is multiplatform compatible2 for Xbox One1, PC, Mac and mobile/tablet devices in addition to the PS4™ and PS3™. The EAR FORCE Recon 60P is planned to launch later this year for a MSRP of $49.95.

EAR FORCE Recon 30X Chat Headset – Featuring an original, innovative slotted ear-cup design, Turtle Beach’s EAR FORCE Recon 30X is an officially licensed chat headset for Xbox One, and also works with PlayStation 4, PC, Mac and mobile/tablet devices. The Recon 30X comes with convenient in-line Volume and Mic Mute controls, and features a single 40mm over-ear speaker with a unique, slotted design enabling players to hear game audio with both ears for a much better audio experience. The EAR FORCE Recon 30X is planned to launch later this year for a MSRP of $24.95.