This is Your Friendly Reminder That Bayonetta Is Now Available To Purchase In 'Smash Bros.'

In case you missed it, late last night, the final DLC pack was released for 'Smash Bros', which included Corrin from 'Fire Emblem', but most importantly, Bayonetta.. The pack includes the two characters, a slew of new Mii costumes, as well as a new stage based on the crazy Umbra Witch Clock Tower intro to the first 'Bayonetta' game. Bayonetta's $5.99, Corrin's $4.99, and add a buck more if you want each character for both WiiU and 3DS. If you actually haven't bought any of the DLC yet, you might also consider that there's two post-launch packs for the game: one for all the characters  (Mewtwo, Lucas, Roy, Ryu, Cloud, Corrin, and Bayonetta) for $35 ($42 for both systems) and one for the new stages for $9 ($14.50 for both systems). 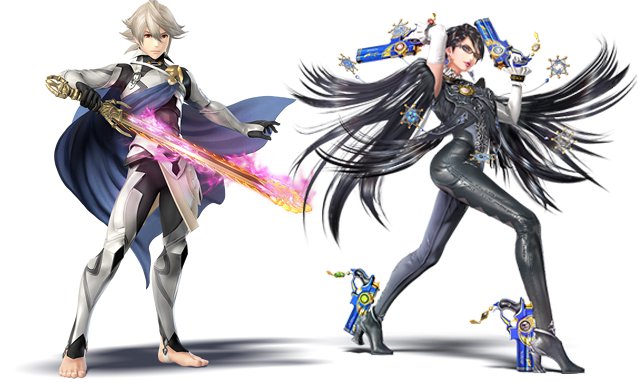 With those two, though, that's all she wrote for DLC for 'Smash Bros WiiU'. With Corrin and Bayonetta, the roster has topped out at a whopping 56 characters, which puts it in the upper echelon of roster counts of high-profile fighters, tying with 'Marvel vs Capcom 2'. Its not quite the end, though: Both Corrin and Bayonetta are getting their own Amiibo at some point in the near future, and rumors are floating around that Nintendo's planning to launch their NX system with a new 'Smash Bros', but we'll hear about that soon enough.