The dev had been teasing it all month, but finally, 'Castlevania: Lords of Shadow' devs Mercury Steam have revealed their new title, 'Raiders of the Broken Planet'. 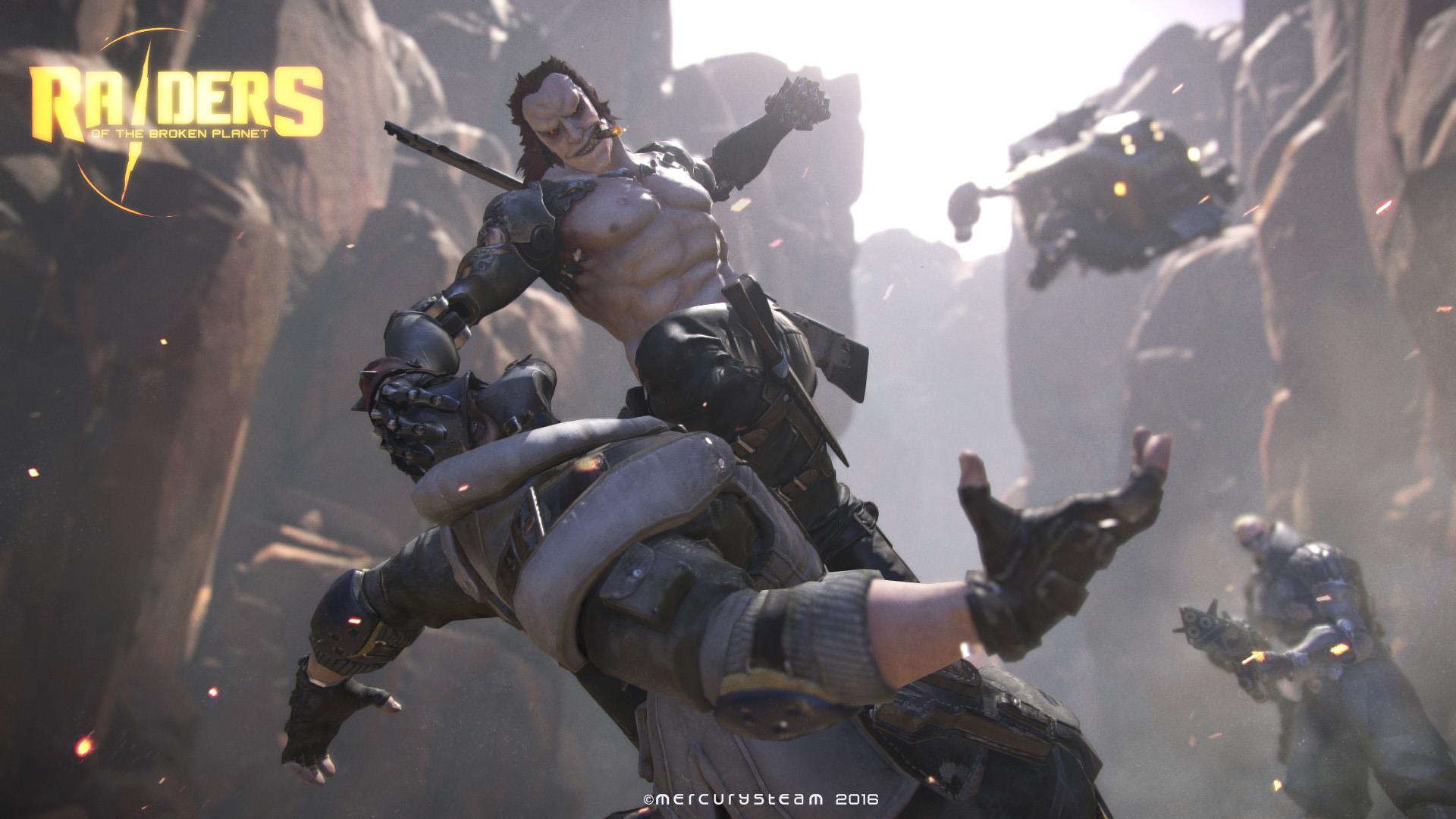 There's not a whole lot of info just yet, except for the brief description in a Facebook post that it's "an epic multiplayer online asymmetric adventure", which, nowadays, could mean anything. But we also get two bits of promo art, one from the official site--with a bunch of 'Mad Max'y heroes facing off against, um, a fire squid?--and one in the aforementioned Facebook post.  Both look nifty enough.  The official site does, however, also offer the opportunity to sign up for a beta when the time comes, so at least some lucky folks will find out what exactly this is before the rest of us. Head over, and get on the list posthaste.