With DICE & 'Star Wars: Battlefront,' Anticipation Leads to Fear, But Fear Leads Back to Anticipation

The fear of 'Battlefield.'

It's nearly impossible to talk about 'Star Wars' without descending into basically repeating the words "light," "dark," "hope," "fear," (see the title above), "clone," "Lucas," "original" "trilogy" and so forth at nauseam. So putting it briefly, it was a franchise in peril, and for the video games, the future was very lacking for illumination not so short a time ago. Now, while it's not exactly time to start back-slapping, 2015 is the year where the current era of 'Star Wars' takes shape. 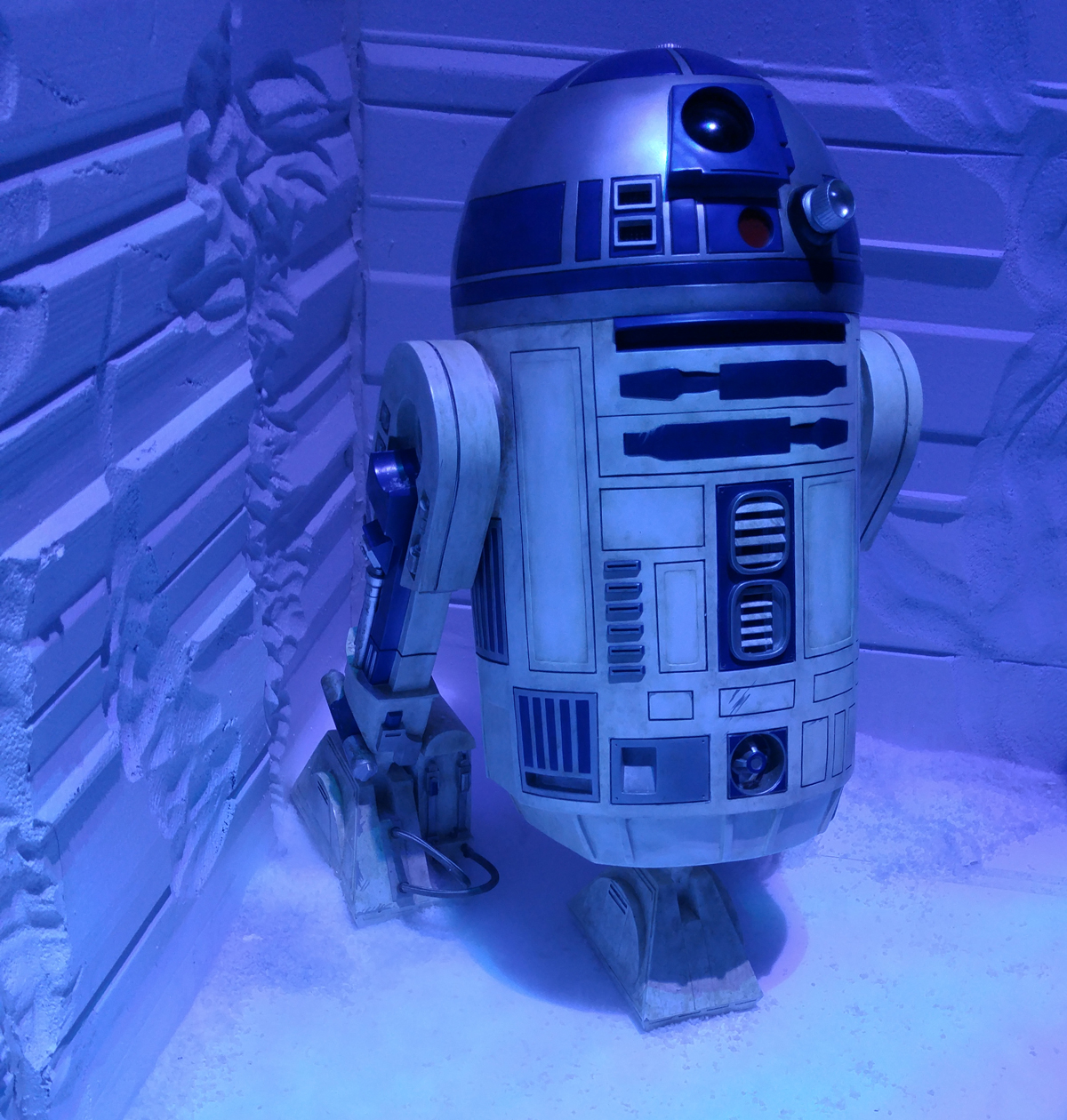 A new 'Battlefront' has long been waiting in the wings, both in the mind of fans and for EA. After a few months of public tribulation, DICE got to show off 'Star Wars: Battlefront' to E3 audiences, and I have to say, the full power of the 'Star Wars' license was in effect. There was a physical Echo Base recreation, complete with a fancy R2-D2 replica and wandering Rebels pilots, but more directly intriguing in terms of 'Battlefront' was the full-on Admiral Ackbar briefing. 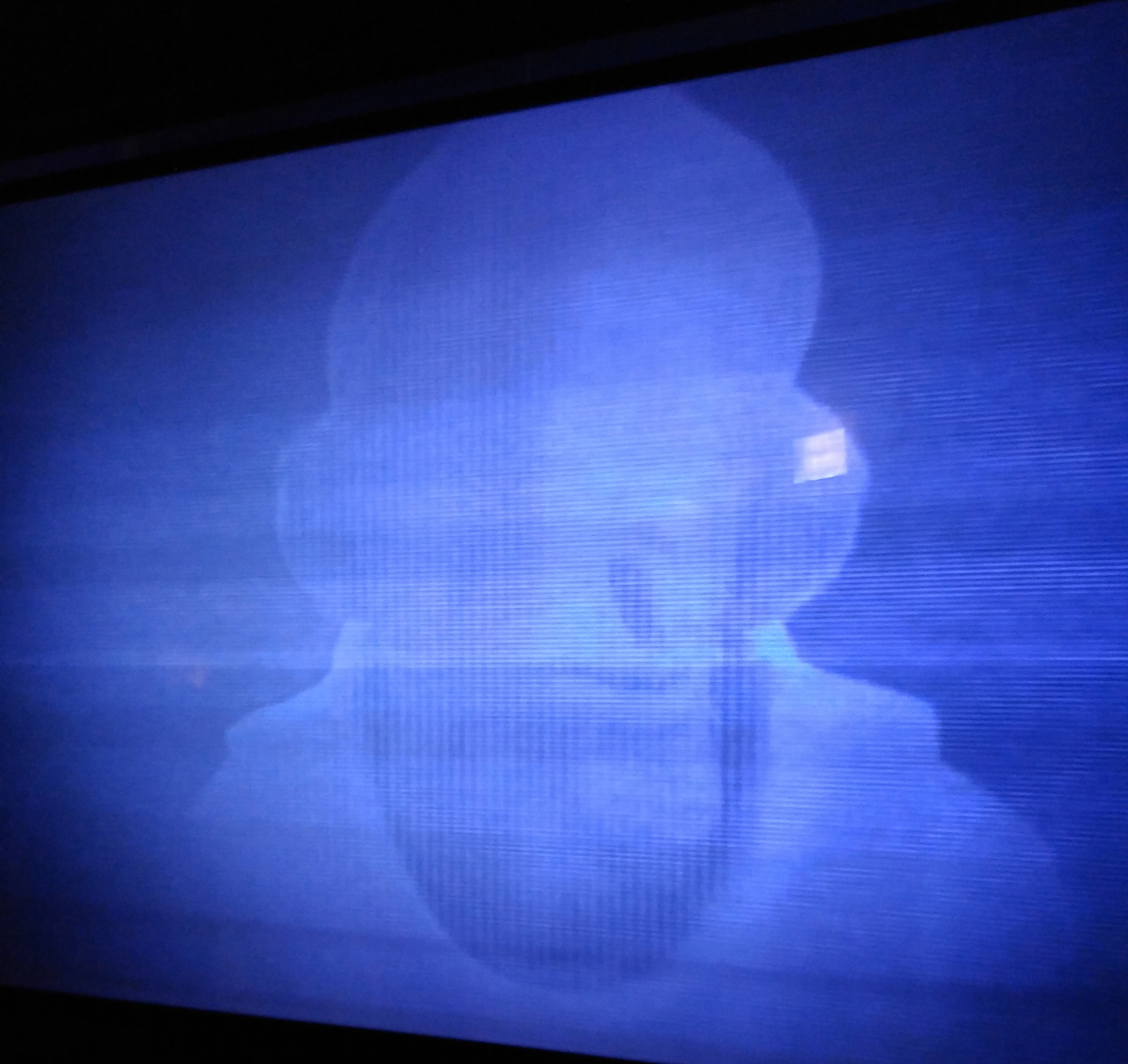 Often times, fancy, rendered E3 briefings are throw-away, but in this case, Ackbar's explanation of the particulars at work at the Battle of Hoth looks like it might be a shipping piece of the final game. At any rate, with Ackbar walking me and my cohorts through the paces, we got a good idea of what the battle would be like on the ground.

This is a perfectly valid question, one that I probably had in mind prior to E3. But after playing the game, this question went completely out of my thoughts until that podcast. But in that live moment, the answer was not so difficult to pin down.

'Battlefront' contains many of the particulars that underpin 'Battlefield 4' and 'Battlefield Hardline,' but with respect to those games, my experience was so drastically different that the term "reskinned" feels prejudicial. 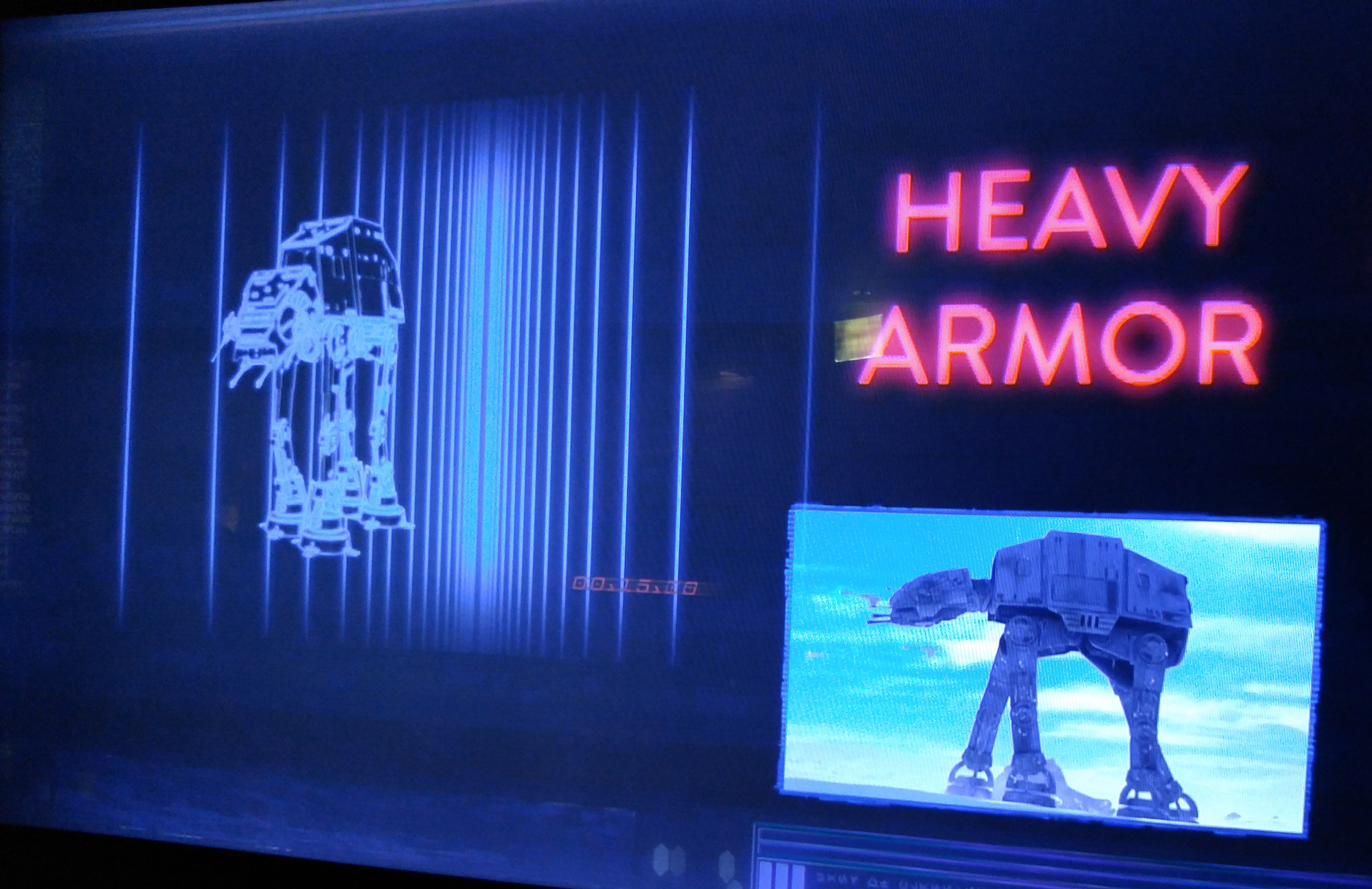 Ground-pounding for the Rebel Alliance at Echo Base means a couple of things, saving Smart Rockets for AT-STs, staying the hell away from the AT-ATs, protecting the upload links, and then, when they are exposed (Airspeeder time), pouring it on the AT-ATs. Other than that, the first person view is best for aiming, the personal energy shield can be a life saver, and it's important to be sure to use the right mix of duck or boost when running into an Imperial line, which can happen upon spawning.

That is to say that being in the thick of the Battle of Hoth is just a cool and as desperate as what was shown in the E3 trailer… though I never glimpsed a lightsaber in-game. 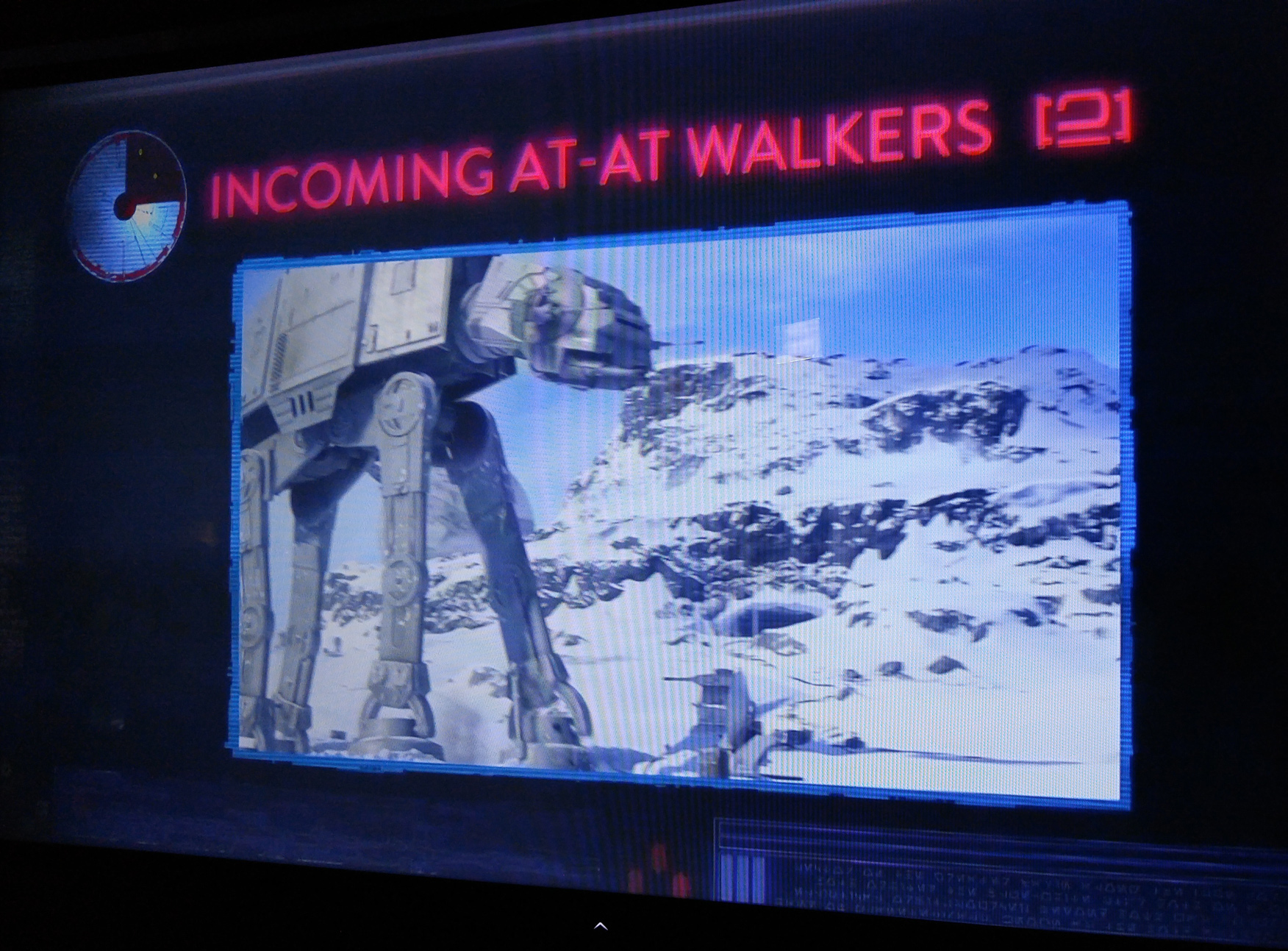 In contrast, post 'Battlefield 1942' (and 'Vietnam'), (so going all the way back to 'Battlefield 2,') so many 'Battlefield' matches have been just me scrambling from spawn point to capture point. Recent years have seen dynamic maps and heist mechanics shake this up, but nothing has touched the relentless Imperial march and "oh god" of the AT-ATs.

My press group had mixed into it some real-life USAF personnel, including two Imperial players to my adjacent right, and I may have taken the game up on its revenge highlighting one or two times with full knowledge of who the operator was. Before and during the Ackbar briefing, the senior USAF person on site was exuding just a bit of bravado, but he got a bit more serious when Ackbar ratcheted up the pertinent details and then when we took what were surprisingly unstable seats for the match. 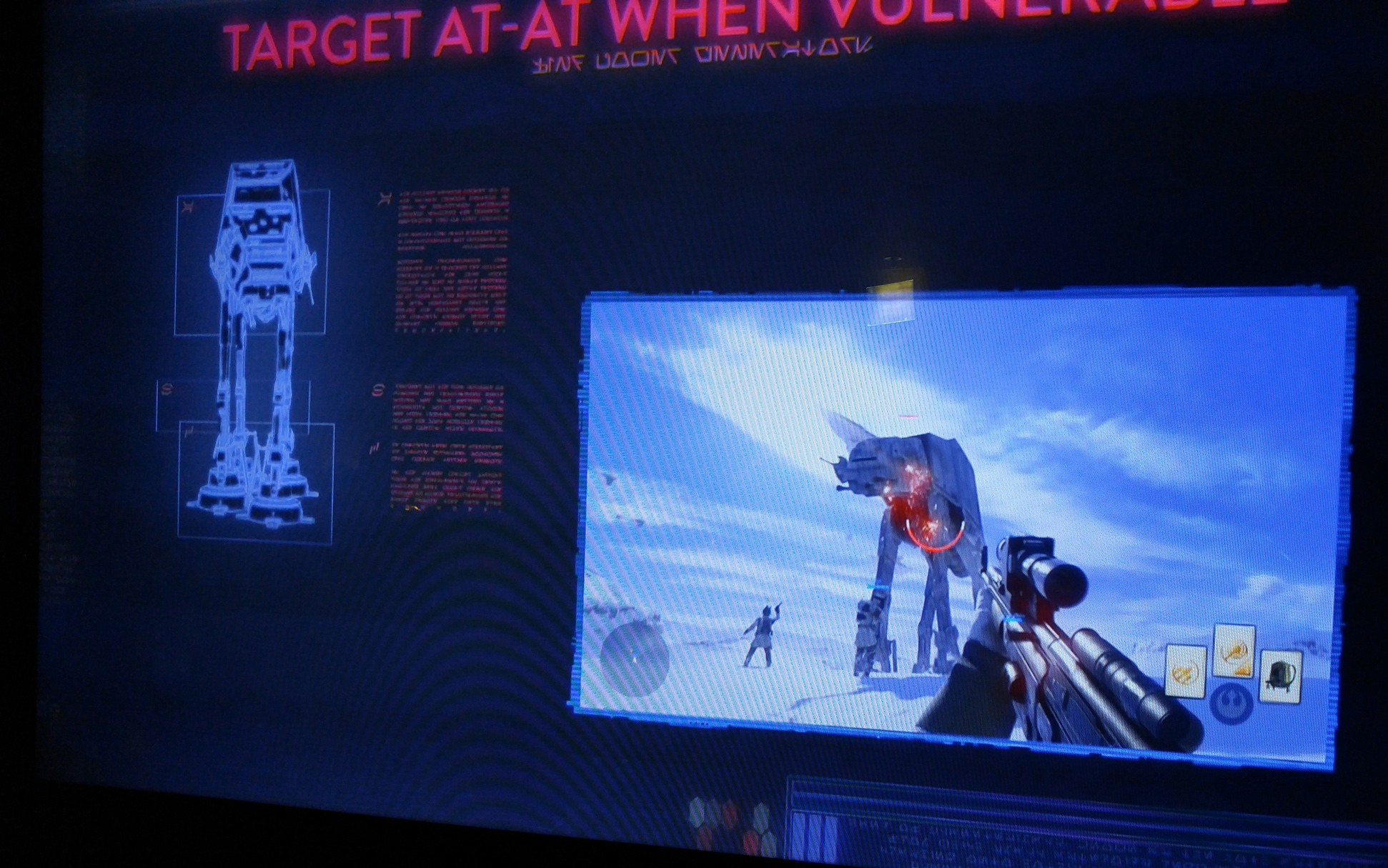 Playing an unfamiliar game with unfamiliar people can make teamwork hard. I often felt like I was running between the two beacons solo. Taking one, only to lose the one I left. Likewise, I was caught a few times by the AT-ATs, with one time being such a surprise I felt momentarily shut down. I was going for three Imperial troopers, I got the one on my right, then the one directly ahead, and as I turned to get the third, who was ahead on my left between two mounds of tundra, the AT-AT guns crested the rise above the tundra and nailed me in one very brief flash of sadness (for me).

My dry analysis of the gameplay tells me that the scripted objectives in the battle, along with the different weapons, vehicles and abilities make are the difference maker,s but there is something else that is more obvious.

I love me some history, and military history, and movies with battles from military history, and yet The Battle of Hoth is as iconic in my mind as well… the rest of 'The Empire Strikes Back,' which is to say, it's both familiar and pure gold. 'Star Wars: Battlefront' brings that battle to a level of interactivity and production value that was pretty unimaginable only just a few years ago when the franchise was not showing the life it is now.

I'm glad that the promised Survival mode is going to round out the 'Battlefront' experience with solo, online co-op, and even couch co-op play, but after getting hands-on, I'm ok with 40 player battles being the focus. 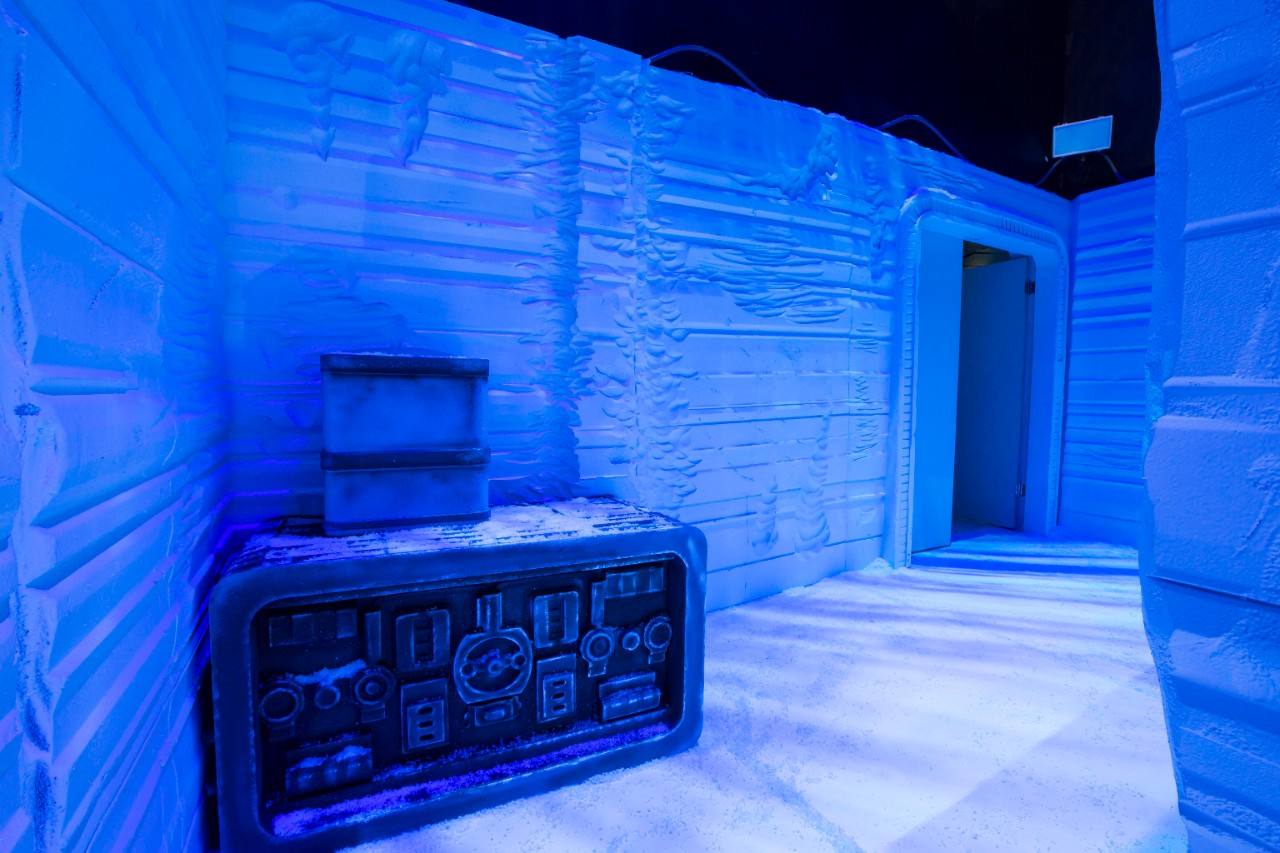 Hoth is Hoth, but the battlegrounds of the original trilogy are ripe for this kind of digital reenactment. While I doubt the term "reskinned" will go away anytime soon, when November comes, the connotation will be different, and players will flood to 'Star Wars: Battlefront' in the millions.