Even before 'Life Is Strange' hit the scene, DONTNOD Entertainment had already begun work with Focus Home Interactive on their next project, 'Vampyr', even going so far as to make a quick proof-of-concept trailer. Now that 'Life is Strange' is a done deal, they're finally ready to reveal a little more.

In a post on the European Playstation Blog, the game's director, Philippe Moreau, shared the first concrete details about the game.The tl;dr of it is this: It'll be an action RPG that'll combine combat--which will include melee weapons, ranged weapons, vampiric powers, and another mechanic they're not ready to reveal yet--with investigation and exploration, which sounds like it's in the sweet spot between 'Remember Me's artsy take on a beat-'em'up and 'Life Is Strange's point-and-click mechanics. 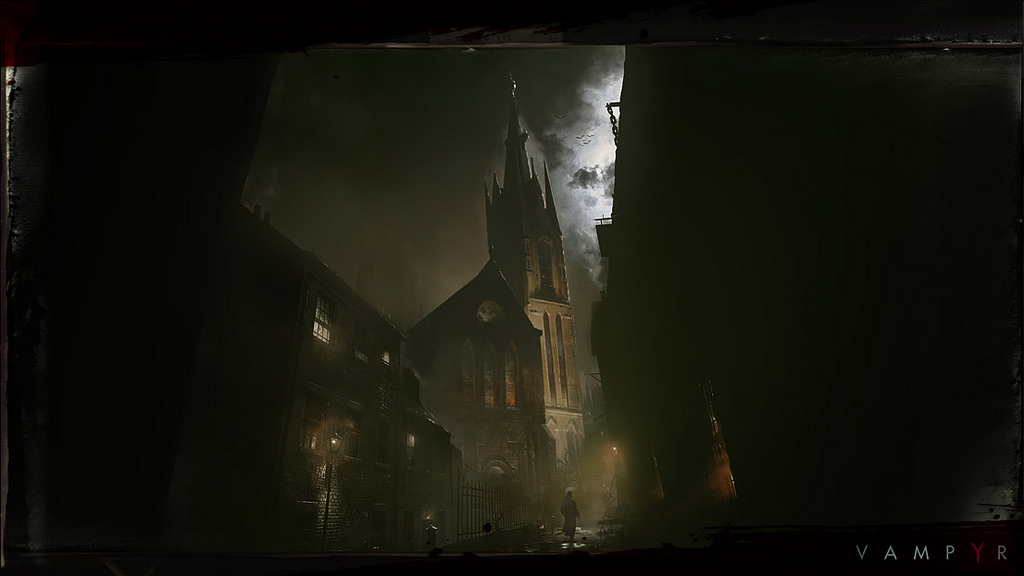 The game will take place in 1918, during the influenza pandemic.You'll be playing as Jonathan Reid, a doctor who specialized in blood transfusions during WWI who has been afflicted by vampirism, and in seeking to understand his disease, finds out that his affliction was no accident. Player choice will once again play a role, primarily in the fact that, no matter what other twists the plot takes, Jonathan WILL have to feed. Anyone he comes across is a potential victim, but who he chooses will have effects on the story.

There's more details, including more sweet, broody concept art in the blog post. No word on a release date yet, but they promised in-game assets are coming soon. In the meantime, enjoy the concept trailer from back in January below.