'Guardians of the Galaxy' Gets its Own 'Disney Infinity: Marvel Super Heroes' Play Set

Yes, the raccoon is still the best part.

The cast of 'Disney Infinity: Marvel Super Heroes,' Disney's upcoming expansion to the Infinity platform, has grown by five. The 'Guardians of the Galaxy' will recieve their own playset, each of the five main character represented by their own figurine. The rag-tag spacefarers join the Avengers and Spiderman as the third leg (so far) of 'Disney Infinity: Marvel Super Heroes.'

As usual, Star-Lord, Rocket Raccoon, Groot, Gamora and Drax will all be playable in both their own play set, which runs through a short story and introduces new build pieces, and the Toy Box alongside any other 'Disney Infinity' character. Interestingly, however, two crossover characters outside of the set five can participate in the play set: that's Iron Man and Nova, from the 'Spider-Man' playset. 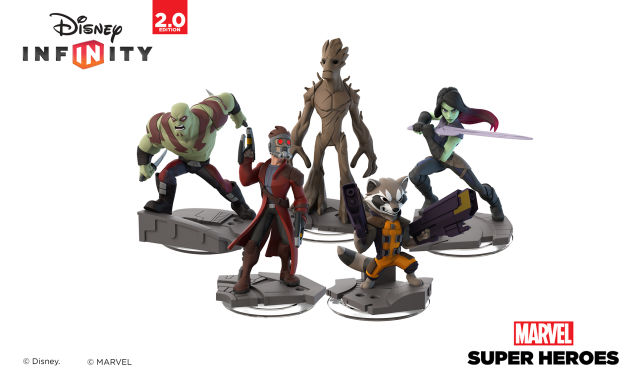 Alongside the play set, Disney is shipping a host of expected Toy Box-altering 'Guardians' Power Discs. 'Disney Infinity: Marvel Super Heroes' and all of its play sets release in the fall for Xbox One, Xbox 360, PS4, PS3, Wii U and PC.

You can find the latest info on 'Disney Infinity' linked from our Video Game Release Schedule.